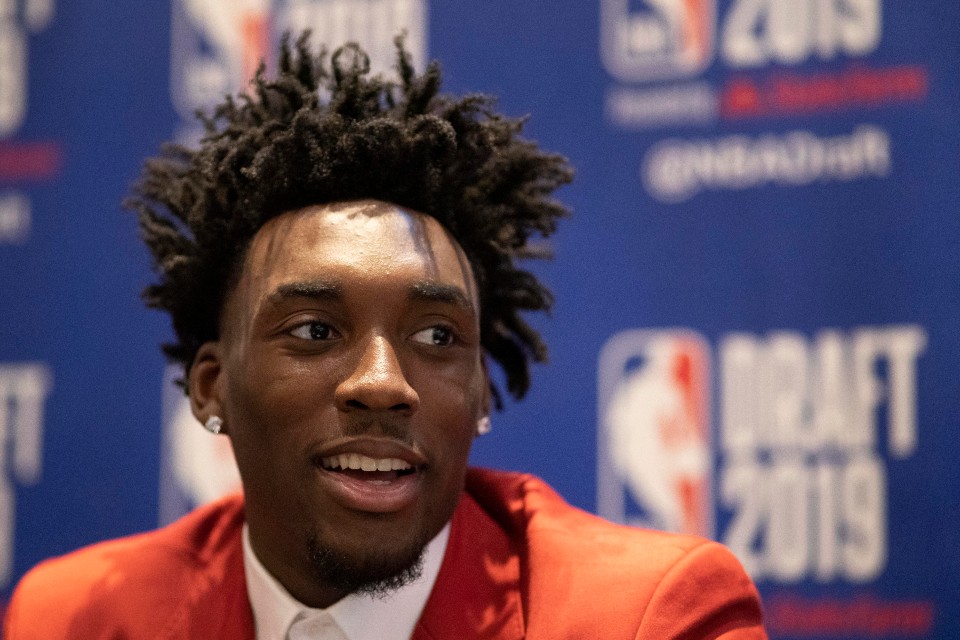 Little prides himself on carving his own path and while he was admittedly anxious after falling out of the lottery, the moniker of Trail Blazer fits for a player who refused to play on the Nike AAU circuit and chose to go to boarding schools away from his family for his final two years of high school.

"I've always done things a little bit differently," Little said. "I didn't play on the Nike circuit. That was big. Boarding schools. I always carved my own path and paved my own way."

I always carved my own path and paved my own way.

By having teams pass on him with the first 24 picks of the draft, it was reminiscent of his path to the NBA.

"I mean, somebody told me the only way I could be successful in my life was if I was a top player on the Nike circuit," Little said on a conference call Thursday. "But I wanted to show people I could be a top player no matter where I played at."

In Little, the Blazers added wing depth to their team with the 6-foot-7 wing. Little was one of the final players left in the Green Room, but he eventually found his way to a playoff team. Little believes he was fortunate, after the anxiety of not going in the lottery passed.

"Man I think it's a blessing in disguise," Little said. "Slipping down to 25 initially I was kind of confused. But when I looked at the roster and remember how they played in the playoffs, I thought it was a great fit for me."

Little was also surprised that the Blazers targeted him, as he never came to Portland for a workout nor did he interview with the team at the NBA combine.

I'm just happy they saw something in me that I didn't see.

Little averaged 9.8 points and 4.6 rebounds in his lone season at North Carolina. He also took home the MVP trophy at the 2018 McDonald's All-American Game. He excited to team up with second-year Blazers guard Anfernee Simons, who also is from Orlando, Florida.

"We just played pick up, I want to say a week or two ago," Little said. "So it's going to be crazy that we're playing on the same team. We played against each other in High School a little over two years ago. I'm extremely excited."

The Blazers are fresh off their first Western Conference Finals appearance in 19 years.