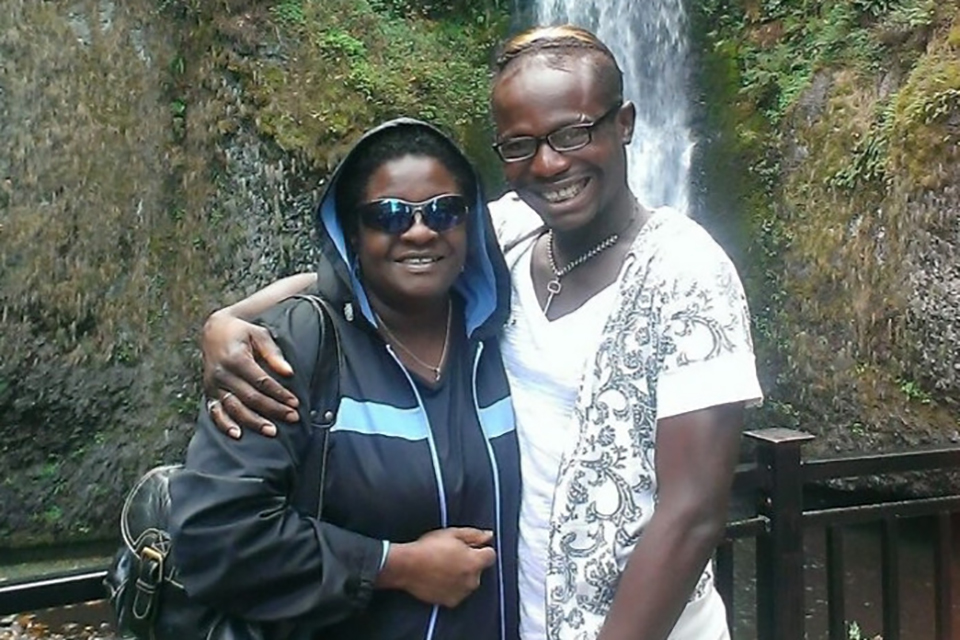 Family members, friends and the Portland Police Bureau are looking for more information about a Black, queer Portlander found hanging from a tree on Rocky Butte on Memorial Day.

Legally known as Otis Gulley, known to some as Otie and some as Titi, and as Barbie on social media, Gulley was 31 at the time of her death.

Family members and friends describe Gulley as both a gay man who dressed in drag on occasion and as a transgender woman, and have used male and female pronouns in reference to their loved one. Based on Gulley’s personal presentation and information from her social media accounts, The Skanner will refer to Gulley by female pronouns in this story, except in quotes.

Kenya Robinson, Gulley’s mother, said the two were on the way home from a shopping trip on May 27 and took separate seats on the bus; they got off at separate stops and, Robinson said, Gulley vanished.

Later that evening her daughter, Crystal, learned -- through a Facebook message from a friend of Gulley’s -- that Gulley was dead.

The death was ruled a suicide, but family members were skeptical from the beginning and have told media outlets, including The Skanner, that individuals who knew Gulley may have video or other evidence of homicide.

After The Portland Mercury reported Monday on claims of potential additional evidence, the Portland Police Bureau issued a press release urging those with more information to come forward.

“If anyone has information about this incident or the circumstances leading up to it, please contact Detectives at (503) 823-0400. Detectives will share this information with the Medical Examiner's Office,” reads a PPB press release issued Tuesday evening.

Originally from Kansas City, Missouri, Gulley had lived in Portland since 2014. She spent the last night of her life at her sister’s apartment. Family members say she had been homeless much of her adult life and hadn’t worked since she was a teenager, but had a May 28 appointment with a social services agency regarding housing – an appointment she was not able to keep.

Robinson told The Skanner Gulley was diagnosed with bipolar disorder at the age of 12 and came out as gay while still a teenager. Crystal Gulley said “Titi” had no history of suicide attempts or self-harm, and family members found no note.

According to the Multnomah County Attorney’s office, the full medical examiner’s report is not yet completed.

Family and friends held a candlelight vigil for Gulley in a parking lot in Portland Friday night. They prayed for answers, and talked about the person they remembered: someone who was generous and playful, who loved to help people and was often seen dancing in front of the Plaid Pantry or on 82nd Avenue, “dressed to the T.” They described Gulley as “the life of the party” and someone who would “give you his last,” even while struggling.

“I just want to get to the bottom of this,” Robinson said. “It’s going to be hard. It’ll be hard for the rest of our lives. It’ll be easier if we can find some answers.”

The family’s GoFundMe for funeral expenses has exceeded its fundraising goal of $7,000.

The Multnomah County Mental Health Call Center is available 24 hours a day at 503-988-4888. Trans Lifeline, a mental health hotline for transgender and questioning individuals in crisis, is available at 1-877-565-8860.