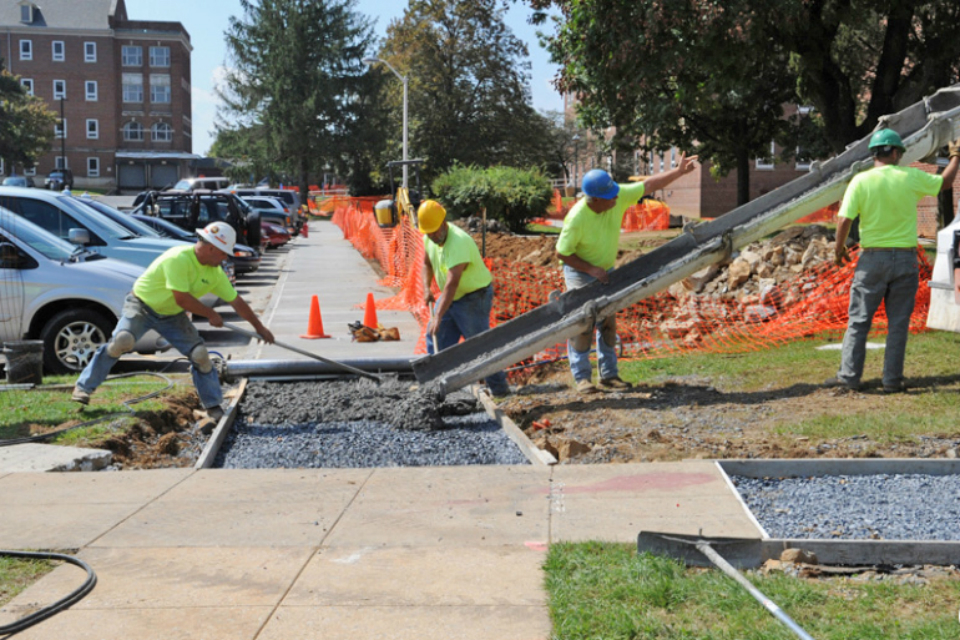 Pedestrians represented 14% of all United States traffic fatalities, in 2014; however, that same year, pedestrians constituted more than 50% of all traffic fatalities in Portland, according to a 2016 report released by the Portland City Club using data released by PBOT the previous year. Additionally, approximately half of all fatal or serious Portland traffic accidents occur on just 7% of streets ‒ areas that make up what PBOT has termed the city’s High Crash Network.

And according to the city’s transportation bureau, low-income residents and communities of color are disproportionately affected by traffic-related incidents.

Low-income communities and communities of color may have fewer choices about how, when and where they travel.

“Compared to other neighborhoods, people living in low-income communities and communities of color may have fewer choices about how, when and where they travel, putting them at higher risk as they move around,” reads a section of PBOT’s website for Vision Zero, a campaign to reduce the number of traffic fatalities.

In 2016, Portlanders approved the so-called “gas tax” (Measure 26 – 173) a 10-cents per gallon gasoline tax as well as Heavy Vehicle Use Tax to fund the Fixing Our Streets program, with funds split between street repair and safety projects. These taxes would allow the city to generate approximately $64 million to build safer bike lanes, additional sidewalks, traffics signals and streetlights, repair potholes and more. In 2020, the gas tax is set to expire and voters will need to renew it to continue the measure.

The Audit: Project Delays, Lack of Oversight and Revenue Overestimates

The recent audit highlights a program marred by delays putting the initiative significantly behind schedule. It says Fixing Our Streets began with 59 projects and 38 of these projects were scheduled to break ground before 2019. Of these projects, only 12 started on time and, so far, only eight projects have reached completion. These completed projects were also well over the originally stated budget by $900,000.

To explain the delays, PBOT cited unrealistic project timetables and hiring difficulties among other factors. As for overbudget completed projects, PBOT notes unforeseeable circumstances during the construction process, specifically noting an instance where buried streetcar rails were found beneath the pavement during one project. It was necessary to remove these tracks and before continuing with the remaining construction process. PBOT said it will complete 20 projects and begin another 21 in 2019. These completed projects will include the Foster Streetscape project in Southeast Portland.

The FOS program had a goal of $2.5 million in heavy vehicle tax revenue for the first year, but the actual revenue was just short of this goal at $1.8 million. Originally, the heavy vehicle tax rate was to be increased to meet FOS revenue goals, however. this requirement was eliminated in 2018 citing concerns about an increase in businesses seeking exemptions.

To ensure accountability, Fixing Our Streets also created an oversight committee of volunteer members. The audit determined that this committee was rendered ineffective during the planning and oversight processes due to inconsistent and unreliable project reports. For example, in one instance, the financial report for September 2018 failed to include expenditures totaling $1 million for “eight projects nearing completion.”

There have been a lot of fatalities on Portland's streets this year and we need more sidewalks and safe crossings.

“I think PBOT has adequately explained delays, but The Street Trust wants the bureau to maintain a sense of urgency around completing safety projects,” said Jillian Detweiler, executive director at The Street Trust. “There have been a lot of fatalities on Portland's streets this year and we need more sidewalks and safe crossings. A great success is the completion of sidewalks on SE 112th between Market and Powell. We'd like to see the safe crossings around schools and greenway projects proposed for East Portland accelerated.”

As is the case with any public investment, there is the risk of revitalization projects leading to the displacement of low-income residents and communities of color as property values increase. Unfortunately, many of the High Crash Network areas are also areas at-risk, susceptible, or currently undergoing displacement as outlined in the City of Portland’s Gentrification and Displacement Typology Assessment, published in October 2018.

“Too many people have been priced out of our city. Too many people are at risk of being priced out of our city,” said Sam Diaz, director of community engagement at 1000 Friends of Oregon. “We applaud the City of Portland and the Anti-displacement PDX Coalition for its work to connect transportation investments to housing and land use policy. We urge the city to continue elevating anti-displacement work so that every bureau avoids, minimizes, and reduces displacement and restores housing affordability.”