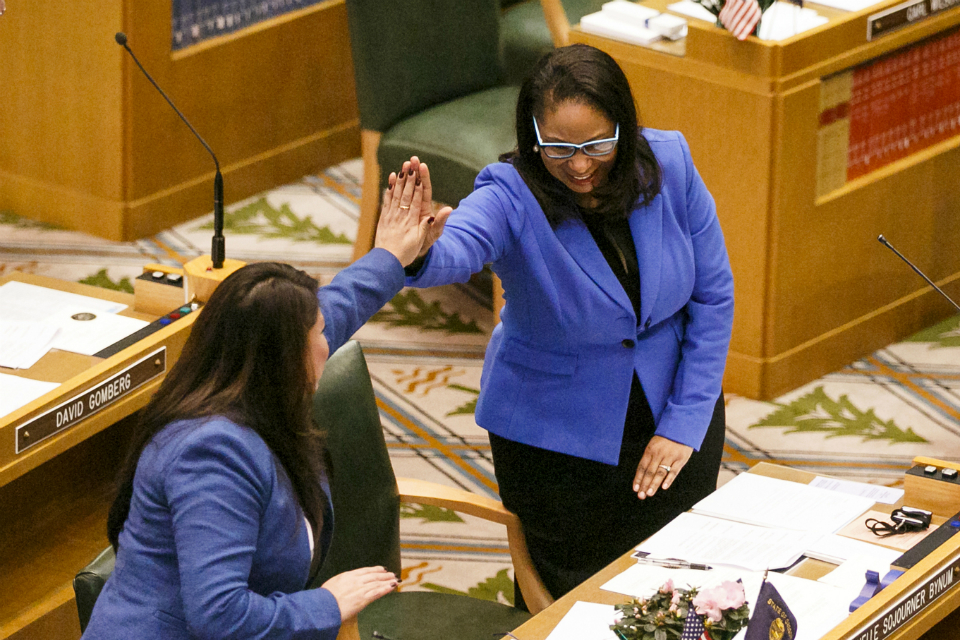 SALEM, Ore. (AP) — Oregon moved to crack down on racially motivated 911 calls on Monday, responding to a series of publicized incidents across the country where predominantly White civilians called the police on Black people going about everyday activities like napping or barbecuing.

Victims of those police calls would be able to sue the caller for up to $250, under a measure overwhelmingly approved by state Senate.

The move is a joint effort by the Oregon Legislature's only three Black lawmakers and is meant to "shine a spotlight on an issue African Americans have known for far too long," according to sponsoring Rep. Janelle Bynum.

"When someone gets the police called on them for just existing in public, it sends a message that you don't belong here," said Bynum, the only Black member of the House.

When someone gets the police called on them for just existing in public, it sends a message that you don't belong here.

A Black family in Oakland had the cops called on them for barbecuing in the park. A Yale graduate student was questioned for sleeping in her dorm's common room. And a pair of Black men were arrested in a Philadelphia Starbucks after one of them tried to use the restroom, sparking public outcry and the closure of 8,000 stores across the country for "racial bias" training.

Bynum proposed the legislation after being on the receiving ends of such a call. She was canvassing door-to-door for her re-election campaign last year when a woman called 911 because Bynum looked "suspicious."

She said although she was able to get an apology from the woman, she realized that most people have no way to hold these callers accountable.

"This creates a legal pathway to justice for those of us who have to worry about getting the cops called on us for existing in public," she said.

Victims of these calls must be able to prove the caller had racist intent, and that the caller summoned a police officer to purposefully discriminate or damage a person's reputation.

That's difficult to prove, said Sen. Alan Olsen, a Republican and one of the few critics of the bill. He adds it could discourage people from reporting crime, making "our communities less safe."

Sen. Lew Frederick, a Black lawmaker and one of the measure's co-sponsors, said people could still call the police if they suspect a person is committing a genuine crime.

He added that the proposal is about making Oregon "a more equitable community" and formally recognizing the daily hardships faced by minority communities.

People of color fear police for reasons a predominantly White Legislature could never understand, Frederick said. Unnecessarily dispatching the police only heightens those tensions between police and the Black community.

When a police officer stops me, I wonder whether I'm going to live for the rest of the day.

Although the measure was approved by the House, the chamber still needs to sign off on a technical change before it heads to the governor.