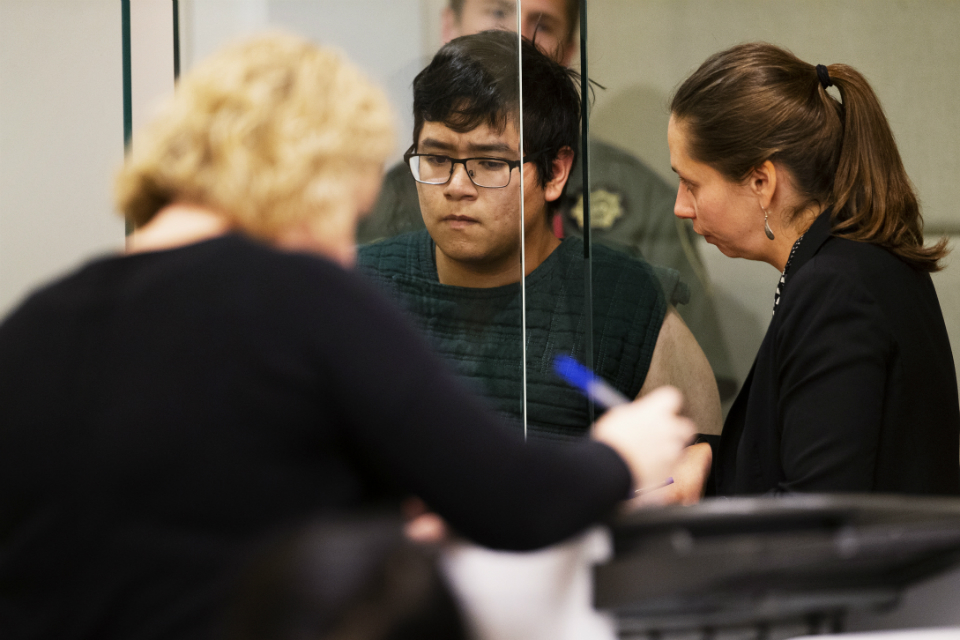 PORLTAND, Ore. (AP) — A teenage student who was tackled after reportedly bringing a shotgun into an Oregon high school classroom has pleaded not guilty to multiple charges.

Defense attorney Adam Thayne says depression played a role in the teen's decision to bring the gun to class.

Police say Granados-Diaz had a single round in his shotgun while at Parkrose High School May 17 and wasn't carrying any other weapons or ammunition.

He didn't fire the gun while at the school.

Under Oregon law, a person can be charged with discharge of a firearm if they're accused of firing or trying to fire a gun.