Oregon Passes Bill to Keep Guns From Stalkers and Abusers 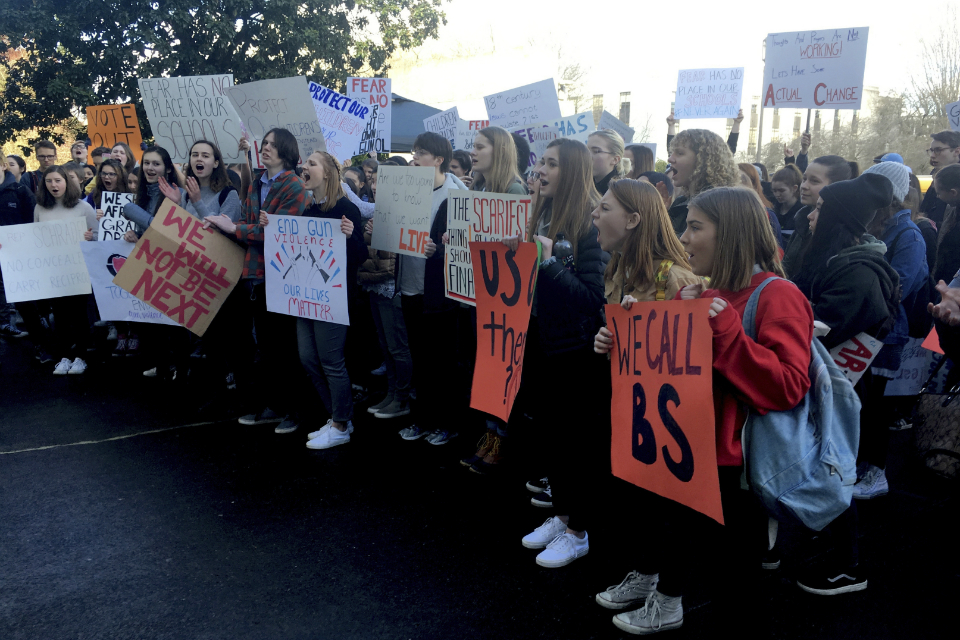 SALEM, Ore. (AP) — Democrats in the Oregon Legislature pushed through a gun control bill Thursday after they sacrificed a more sweeping one — to the ire of student activists — in a deal with minority Republicans.

The bill senators passed 25-3 on Thursday is aimed at keeping guns out of the hands of domestic abusers and stalkers.

"We have been able to make incremental progress as I have been governor, and we will continue to do so in a strategic and thoughtful manner," Brown said.

Brown was behind an agreement to drop legislation that would have allowed businesses to raise firearms purchasing age from 18 to as high as 21, and require safe storage of firearms.

Striking a Deal with Boycotting Republicans

That deal was struck to get the minority Republican senators, who were boycotting the Senate to freeze its activities, back into the chamber to allow passage of an education tax bill. Democrats also ditched a bill that would have limited exemptions for children receiving immunizations as part of the agreement.

Students complained that lawmakers "used our safety like a bargaining chip." Concern about school shootings were heightened after a student walked into a Portland high school classroom with a shotgun on Friday. The school's football coach wrestled the weapon away as students fled.

Brown on Thursday commended coach Keanon Lowe, a former University of Oregon star wide receiver, for "his very selfless act last week preventing what I think could have been a very horrible situation."

Several student protesters came to the Oregon State Capitol on Thursday, but Brown said she would not be meeting with them.

"But I'm absolutely thrilled that they're here in the building," she told reporters. "I think it's so critical, if we're going to continue to make progress around firearm safety, that students remain engaged."

I think it's so critical, if we're going to continue to make progress around firearm safety, that students remain engaged.

The new bill prohibits a person subject to certain court protective orders from possessing firearms if the person didn't request a hearing, failed to appear for one or withdrew a hearing request.

On average, over 45 women in the United States are shot and killed by intimate partners each month, according to testimony from Trish Garner of the American Association of University Women of Oregon.

Roughly 4.5 million women say an intimate partner has threatened them with a gun, she said.

Lift Every Voice Oregon, an interfaith group that backs gun control, presented to lawmakers on May 15 a letter signed by over 150 faith leaders in Oregon supporting gun control measures, including the one that was killed.

"Youth have cried out for an end to gun violence; in some recent cases, youth have even felt compelled to sacrifice their lives to save their classmates," the group wrote. "We as adults must do more to protect them."

Senate Majority Leader Ginny Burdick, who sponsored the gun measure that was sacrificed, has vowed to work on gun reform in the future.