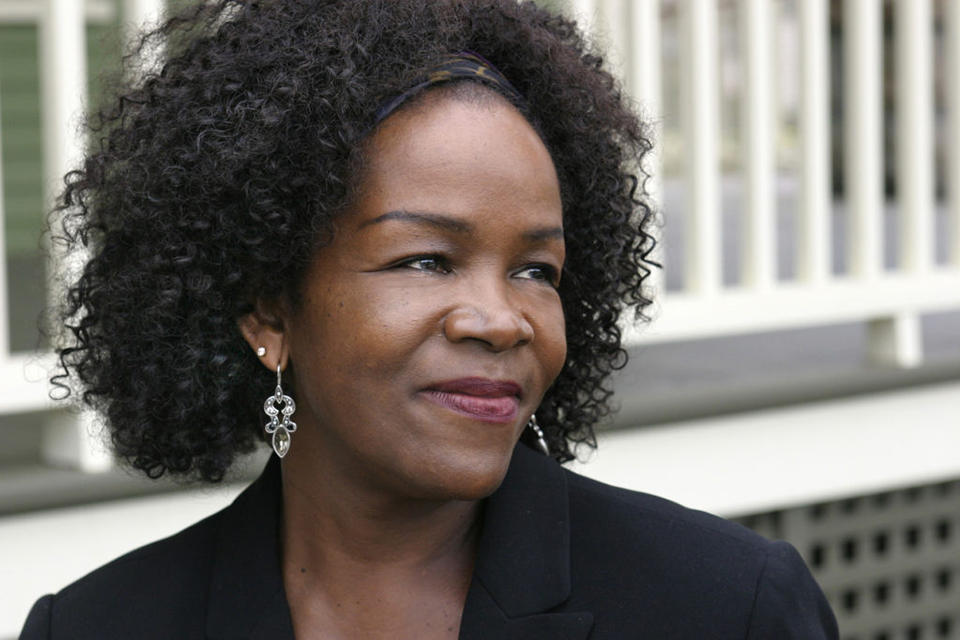 By Christen McCurdy | The Skanner News
Published: 22 May 2019

Fitzpatrick announced her intent to retire internally several months ago, but said she would stay on until the board found a replacement. This week the organization’s board of directors, with a small group of community stakeholders that includes The Skanner News publisher Bernie Foster, is in the final stages this week of interviewing candidates to fill Fitzpatrick’s role.

Fitzpatrick is originally from Michigan, where for five years she worked for a public housing authority.  She came to Portland by way of Milwaukee, Wisconsin where she was the director of an affordable housing community development program.

Fitzpatrick told The Skanner she’s had health problems in recent years, and was out of work for about a year in 2011. She intends to continue to work.

“I want to do what I can do to address generational poverty in the Black community,” Fitzpatrick said.

Portland attorney Ernie Warren, who has served as PCRI’s general counsel since its inception, said it will be difficult to fill Fitzpatrick’s shoes.

“First of all there’s not going to be anybody that would even come close to being able to do the things that Maxine does,” Warren told The Skanner. The complexity and uniqueness of PCRI’s operation – which includes rental property management, real estate development and real estate brokerage, as well as regular negotiations with mortgage lenders and local governments – have led the organization to conduct a nationwide search to fill Fitzpatrick’s role.

The nonprofit owns about 900 units of rental housing and, according to Fitzpatrick, has built about 10 homes for ownership and about 150 apartments through its Pathway 1000 Implementation Plan, a displacement mitigation program launched in 2016 and intended to create housing for those displaced from North and Northeast Portland residents by gentrification. The plan targets called for the creation of 200 homes for rent and 800 for individual ownership within 10 years.

PCRI was founded in the early 1990s by then-city commissioner Gretchen Kafoury had to pull 350 homes out of foreclosure after two predatory mortgage brokers named Geoffrey A. Edmonds and Cyril J. Worm Jr., operating as Dominion Capital, took control of about 350 houses in Northeast Portland through fraudulent business practices. Most were owned or rented by African Americans, some of whom nearly lost their homes to foreclosure.

“The scheme was that they would take investment money from doctors and investors in California predominantly and then buy them in North and Northeast Portland, and they’d buy them at distressed prices,” Warren told The Skanner. “After they would buy the property, they would either turn around and rent the properties at market value or they would sell them to poor people at exorbitant interest rates. Then these poor people would go in and make improvements and they would go in and foreclose them out of their homes.”

Dominion filed for bankruptcy and in 1996, Edmonds and Worm were convicted of fraud. PCRI began the process of acquiring the properties’ titles and helping property owners buy and help rehabilitate them. Erik Sten, who worked for Kafoury and later served on Portland’s city commission, was the acting director of PCRI from 1991 until 1994 according to public filings.

Since PCRI’s inception, property values in North and Northeast Portland have skyrocketed and the number of Black residents and Black-owned businesses has decreased. In a 2014 followup to its 1990 series “Blueprint for a Slum,” which exposed Dominion’s practices, The Oregonian reported that the cheapest house on a particular block between Northeast 7th Avenue – between Beech and Failing – was $230,000.

“You could get a property for the value of a car, with the perception being that properties in the suburbs had more value than properties in North and Northeast Portland,” Warren told The Skanner.

“The city’s investment of $20 million to address the displacement it caused was like putting a drop of water into the Columbia River. North, Northeast Portland had suffered from years and years, and in some neighborhoods, generations of disinvestment,” said Fitzpatrick, who was hired to lead PCRI in 1993 and was officially listed on incorporation papers the following January.

By 2010, due to rapid gentrification and a spiraling housing crisis, Fitzpatrick said, “The community had gotten to the point where people would come to PCRI on a continuous basis and ask for help to find a place to live.”

The Pathway 1000 plan includes among its appendices a page from the city’s Interstate Corridor Renewal Plan drafted in 2000, which promised the city would increase the total housing stock in the area by at least 4,000 units by 2020, which it was not on track to do by 2014.

“The displacement of NE Portland residents happened because the City of Portland failed to honor its housing commitments to them, I looked on it as a right to return. The only reason long term residents were displaced is because they were lied to.  It’s all in writing,” Fitzpatrick said.

PCRI has built about 10 homes for ownership under the Pathway 1000 plan, but has completed nearly 200 rental units, including an 80-unit apartment complex on MLK called the Beatrice Morrow. That project received some scrutiny earlier this year due to the fact that months after it opened, few people had moved in, due to an apparent dispute over the city’s preference policy. The preference policy requires applicants to provide proof of neighborhood ties and creates a scoring system to prioritize applications, a process separate from PCRI’s standard applicant screening. According to Fitzpatrick, the building is now 74 percent rented – that is, 60 of 80 units have rented.

Fitzpatrick said she wants to see the Pathway 1000 project succeed – and that she hopes the community gets involved in it.

“The community needs to be a part of a solution for them,” Fitzpatrick said. “There’s a role for every leader in this community to play, and a part for everyone who cares about this community and what has happened.”