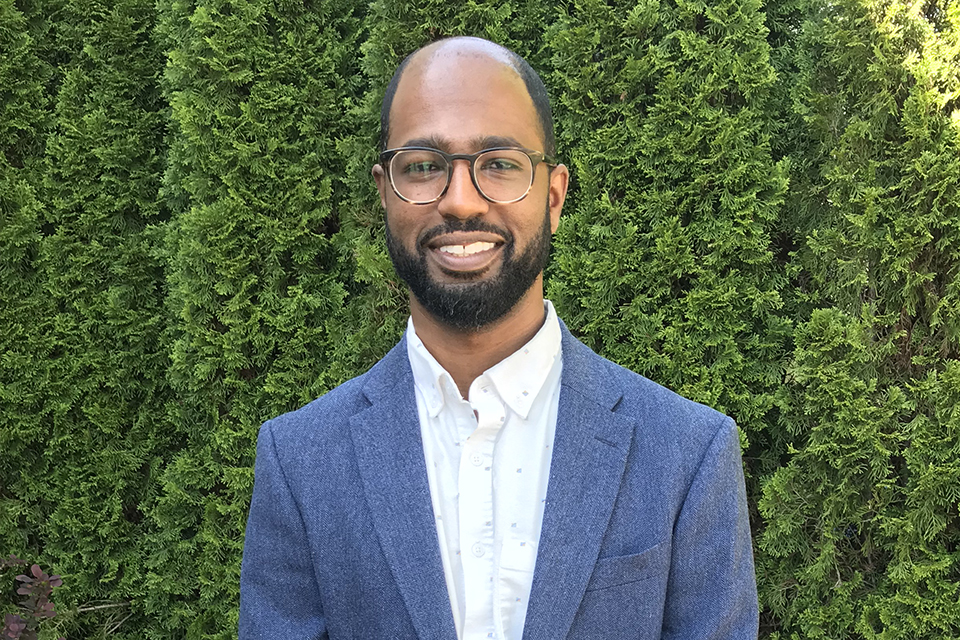 Sam Baraso has been hired as the program manager for the Portland Clean Energy Community Benefits Fund, overseeing an estimated $50 to $70 million fund approved by voters last fall to support clean energy projects. He steps into his role June 6.

For the last four years, Baraso has worked as a senior policy analyst for the Multnomah County Office of Sustainability. Prior to that he worked as the ecosystem services manager for Willamette Partnership. He holds a bachelor’s degree in business administration from Washington University and a master’s degree in environmental management from Duke University. He’s also served on the executive committee and the environmental justice committee for the Portland African American Leadership Forum.

“In so many ways it felt like a natural evolution,” Baraso said of the new position. He added that he’s excited to oversee the fund, which is unlike anything he’s seen on a local level in the United States.

“This has the underpinnings to frame what a national Green New Deal could look like,” Baraso said, referring to a proposed stimulus package to simultaneously address climate change and economic inequality. The phrase “Green New Deal” was first coined by centrist pundit Thomas Friedman in a 2007 New York Times column, but has more recently been linked with Rep. Alexandria Ocasio-Cortez (D-NY), who, along with Sen. Ed Markey (D-MA), introduced a pair of resolutions to guarantee family-wage jobs while overhauling U.S. infrastructure.

That bill failed to advance, and Baraso noted a number of local environmental initiatives floated around the country last fall failed as well.

But the Portland Clean Energy Fund – which was drafted by a coalition of organizations that advocate for low-income people and people of color -- not only passed, it’s gotten attention from other jurisdictions, including Thailand, according to Khan Pham, organizing director at OPAL Environmental Justice Oregon and a leader in the Portland Clean Energy Fund coalition.

Baraso also said he feels encouraged by the fact that the fund is renewable, similar to the Portland Children’s Levy – as compared to the American Recovery and Reinvestment Act, which included some green energy initiatives but which only lasted two years. PCEF will also be subject to regular audits.

The amount of money involved constitutes both a challenge and an opportunity, said Tony DeFalco, executive director of the Portland environmental justice group Verde.

“Meyer Memorial Trust gives out $30 million a year. This is going to dwarf that,” he said.

It took Verde two years to raise $330,000 for a project installing solar panels on a church in the Cully Neighborhood. The group is still seeking funding for battery storage. With the fund’s annual revenue projected at least $50 million, it will be easier to obtain funds for similar projects in the future – and far quicker than piecemeal fundraising.

Pham said the coalition wants to encourage readers to get involved and make the committee aware of the kind of projects they want to see the fund assist.

PCEF also announced Tuesday that it’s accepting applications for the community benefit grants fund committee through June 2. Committee members will meet twice per month, for two hours, in the first month, and then set their own schedule. Members of the first grant committee will have five members appointed for four-year terms and four members appointed for two-year terms. Some supports are available for members including translation services and transportation or childcare.

The city will also begin hiring a startup team, with the hope of having the office staffed by mid-July and beginning to disburse funds by mid-2020.

This story has been updated from an earlier version with more detail on the fund.