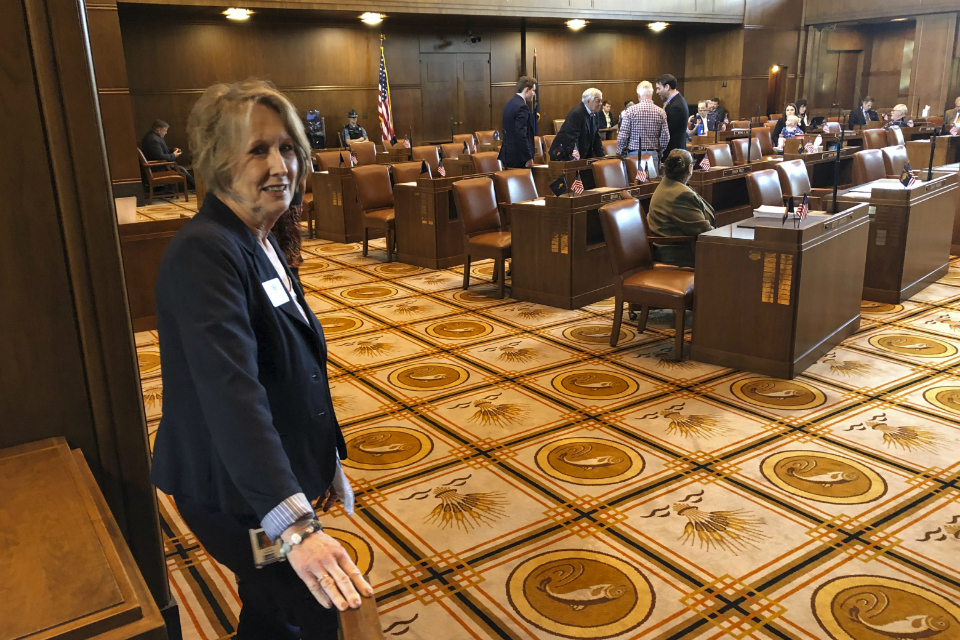 SALEM, Ore. (AP) — The sergeant-at-arms of the Oregon Senate has a new regular duty these days: Searching the state Capitol for Republican senators who have been staying away and have brought the legislative body's business to a halt.

The tactic by the minority Republicans is rare in Oregon, but has been used throughout history, sometimes creating comical scenes. Abraham Lincoln once leapt out of a window in an attempt to deny a quorum when he was a lawmaker in Illinois. In Washington three decades ago, U.S. Sen. Bob Packwood (R-Oregon) was carried feet first into the Senate chamber after Democrats ordered the arrest of Republican senators who were denying a quorum.

The Oregon standoff entered its fifth day Monday, caused by GOP senators' anger at a bill that raises taxes on some businesses to fund education. Though a breakthrough could be imminent.

In what has become a routine during the standoff, Senate President Peter Courtney stands at the podium, surveying Democratic senators who are milling around, chatting with one another and filming on Facebook Live. A roll call is ordered. All 18 Democratic senators are present. Sometimes Tim Knopp, a moderate Republican, is too. But 19 senators is one short of a quorum required for the Senate to convene.

So Courtney orders sergeant-at-arms Leta Edwards, a retired university administrator, to round up some Republicans. Dressed smartly in a blue blazer, Edwards exits the chamber, and rushes up two flights of stairs to the senators' offices to knock on doors.

Some senators have taken to leaving their doors open to their empty offices, to save Edwards the trouble of knocking. An assistant at another senator's office tells Edwards he is not in and declares she has no idea where he is.

Meanwhile someone has created a joke Twitter account, called Senate R's Hideout, whose followers include Democrats and journalists.

"We're running low on beef jerky and Linthicum won't shut up about Game of Thrones," says one tweet, referring to Sen. Dennis Linthicum.

Quorum Denials in Other States

Some quorum-denial moves have led American politicians to go to extremes. In 2003, Texas Democrats fled to neighboring Oklahoma to deny a quorum, holing up in a Holiday Inn to block a GOP redistricting bill. The Republican House speaker ordered state troopers to find the Democrats and have them arrested. The Democrats returned to Texas after the bill's deadline passed and it was effectively killed.

Back in the Oregon State Capitol, Edwards knocked on the door of Sen. Fred Girod on Friday.

"Hello? Hello? Sen. Girod! Sen. Girod," she said. No reply. An hour after eluding Edwards -- and after Courtney was forced to cancel Friday morning's Senate session -- Girod popped up, appearing alongside Courtney at a subcommittee hearing. Courtney scowled.

On Monday, Courtney delayed his attempt to convene the Senate in the morning, announcing he would try it instead at 3 p.m.

A breakthrough might be in the works. Senate Republican leader Herman Baertschiger, Jr., has been in talks with Courtney to end the stalemate.

Baertschiger says he realizes the tactic has limited effectiveness, and likely won't result in preventing the education tax bill from being passed.

The November 2018 election gave Democrats a three-fifths supermajority in Oregon's Senate and House of Representatives, enabling them to pass tax-raising measures without getting Republicans on board.

The tactic of denying a quorum doesn't mean we shut them down forever.

"The tactic of denying a quorum doesn't mean we shut them down forever," Baertschiger said on the Lars Laron Show, a conservative talk radio program. "We all know that we're gonna have to return. But what it does do is shine a light on what the Democrats are trying to do to us."