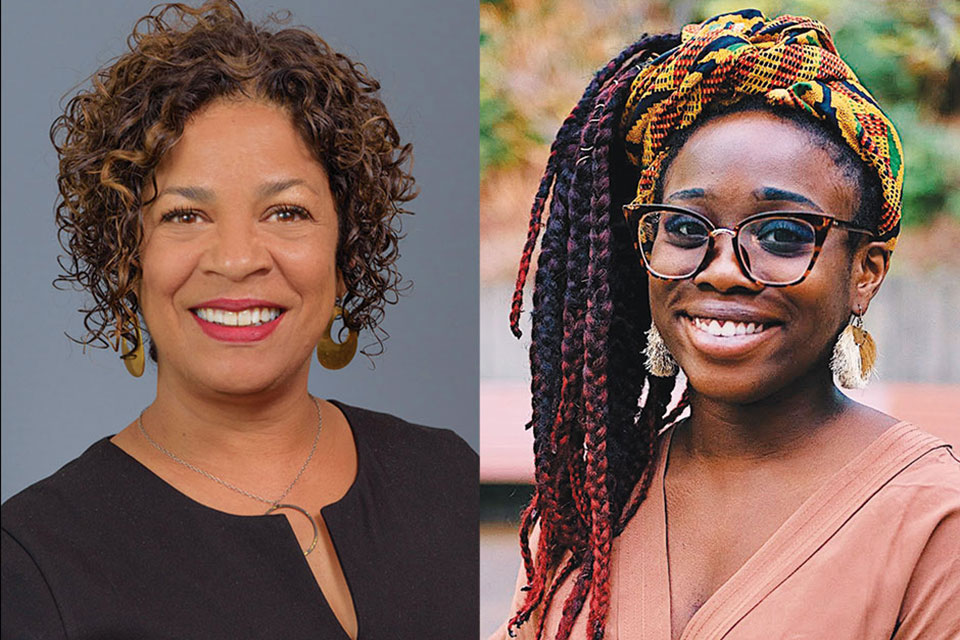 By Christen McCurdy | The Skanner News
Published: 09 May 2019

Michelle DePass is 58; Shanice Clarke is 27. Both attended public schools and have a history of community involvement and public service inside and outside of the classroom. Both women are Black. Both were inspired were inspired to run to represent Zone 2 on the Portland Public Schools Board of Educationby the disparities in educational outcomes between White students and Black and Latino students.

Those disparities were highlighted in an audit released earlier this year by the Secretary of State’s office, which showed that while Black graduation rates have improved in recent years, they still trail behind White students, and that just 19 percent of Black third-graders read at grade level.

“It’s not like I woke up and said, ‘Oh my God, I would be a great mayor or a great school board member,” DePass told The Skanner.

A long-term PPS volunteer, DePass decided to run in part because she realized that with her son graduating, she’d have more time available for public service. And her lived experience means she wasn’t surprised by what the audit revealed, but she felt prepared to tackle it.

Clarke’s lived experience was also a key factor in her decision to run. Clarke currently oversees the Pan-African Commons Student Center at Portland State, which encourages student retention. The child of Jamaican immigrants, Clarke attended Portland Public Schools but dropped out, eventually obtaining a GED and later a bachelor’s degree in human services and a master of arts in higher education leadership. She said she was able to return to school due to help from her support network, but her background makes her especially sensitive to the needs of students on the precipice of dropping out.

“I’m really interested in being that person that I didn’t have in high school,” Clarke said.

Clarke is interested in retention, in addressing disparities in outcomes and in expanding wraparound services like the Schools Uniting Neighborhoods program, which connects families with housing, food and employment assistance. She’s interested in hiring more para-professionals to help students stay on track, and in expanding restorative justice programs that focus on holding students accountable for harm, rather than focusing on punishments that are disproportionately used on students of color and push them into the school-to-prison pipeline.

DePass’ platform is focused on making sure PPS’ budget aligns with its equity goals. She also noted that her experience at the Housing Bureau, and previously working with the Home Builders Association to develop a green building program means she has experience overseeing construction projects and monitoring the budget for public works programs.

DePass is a graduate of Emerge Oregon -- the local field office of an 10-year-old nationwide program to train Democratic women to run for office -- and Clarke is going through training with the organization now.

“When I look at the Zone 2 race, this is success,” said Jillian Schoene, executive director of Emerge, a political advocacy group funded by donations. “This is exactly what we’ve been looking for to make our elected bodies more reflective of the communities they serve. I’m excited.”

The Zone 2 race is one of just a few races this spring, and one of the three other PPS races up for re-election this spring – Zone 1 – is uncontested. PPS’ Zone 2 includes the Jefferson High School cluster in Northeast Portland and a section of inner southeast Portland.

This story has been updated to accurately describe candidate Shanice Clarke's educational background.