NBA Fires Turkish Company That Left Kanter off a Tweet 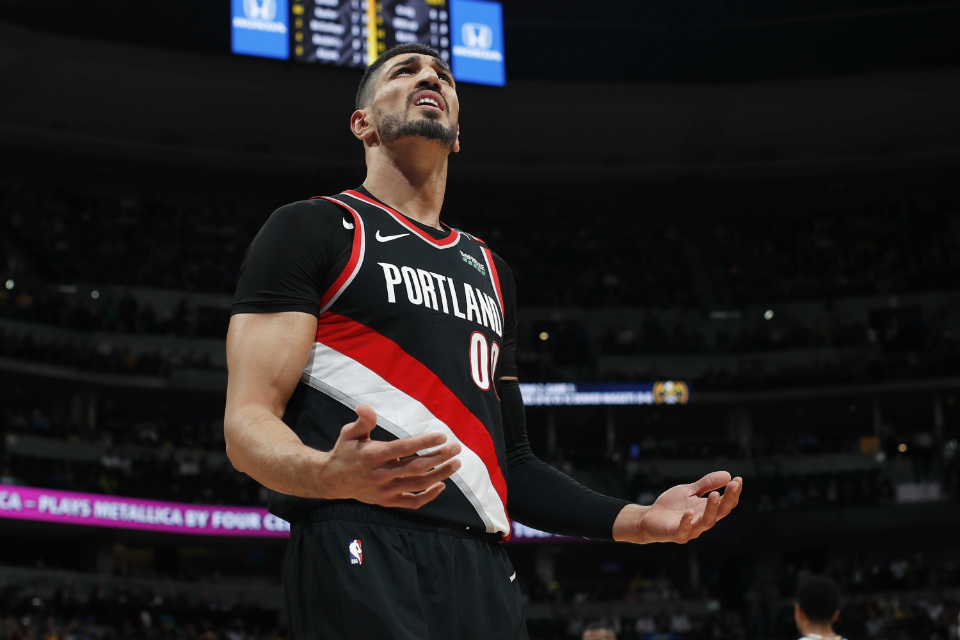 The NBA reacted in support of Portland's Enes Kanter on Thursday, not long after the league's Turkish-centric Twitter account failed to mention Kanter's efforts in the Trail Blazers' victory over Denver in Game 2 of the teams' Western Conference semifinal series.

The league also fired the Turkish company in charge of operating that account.

Kanter — who has been estranged from Turkey, his homeland, for at least two years and is a longtime critic of Turkish President Recep Tayyip Erdogan — had 15 points and nine rebounds in Portland's 97-90 victory Wednesday night. After the game, the NBA tweeted out a list of stat leaders and included Kanter; the Turkish account, @NBATurkiye, made no mention of Kanter.

It's the latest twist in a long saga, one where the Turkish government has sought Kanter's arrest and he has claimed, among other things, that the government censors him and forbids the airing of Portland games in the country. The NBA said Turkish fans can still see all games through its various platforms.

The NBA Turkey Twitter account was managed by a local vendor and we are terminating that relationship.

"Fans in Turkey can watch all playoff games featuring Enes Kanter and the Portland Trail Blazers on NBA League Pass and NBA TV International," NBA Deputy Commissioner and Chief Operating Officer Mark Tatum said. "The NBA Turkey Twitter account was managed by a local vendor and we are terminating that relationship."

The National Basketball Players Association also put out a statement in support of Kanter on Thursday, saying it "fully supports our players using their platforms to stand up for their beliefs and the principles they support. We stand with Enes and, as with all of our players, will work to ensure that he is treated fairly and with respect."

Kanter has previously said that he will seek a U.S. passport; his Turkish one was canceled in 2017. Citing security concerns and a fear of being arrested, Kanter chose to miss two games outside of the U.S. so far in 2019 — when he was with the New York Knicks he did not accompany them for a game in London in January, and he didn't travel with Portland for a game in Toronto on March 1.

His reluctance to leave the U.S. coincides with Turkish officials seeking a "red notice" through Interpol and pursuing Kanter's arrest since January, alleging that he backed exiled Muslim cleric Fethullah Gulen and provided financial support to his group. Gulen has been blamed for a failed coup on the Erdogan government in 2016; Kanter has dismissed that as a "fake coup" staged by Erdogan.