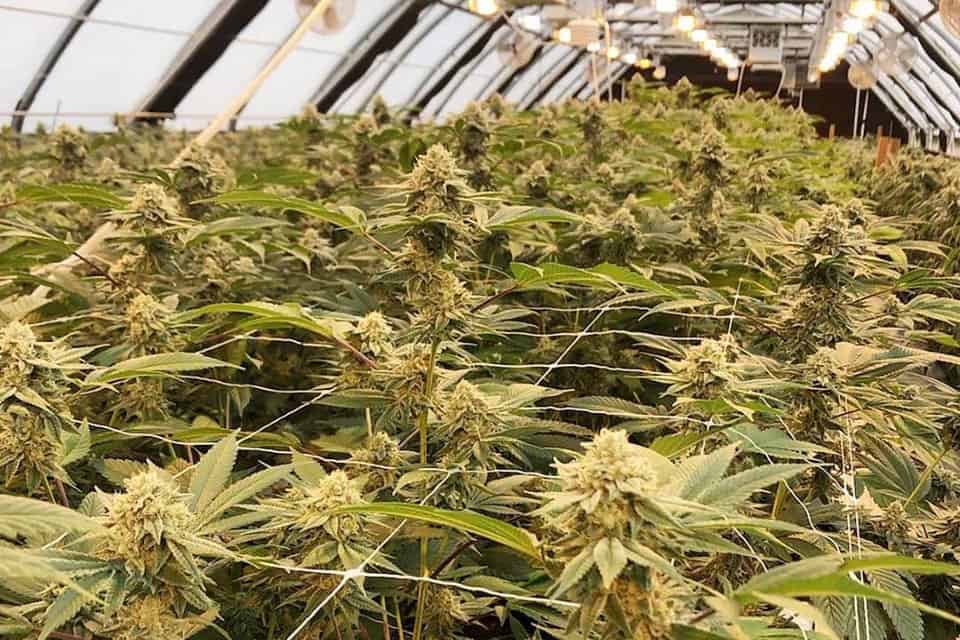 Oregon lawmakers are weighing the benefits of shipping the state’s famed cannabis products out of state.

The production of recreational marijuana in Oregon far outweighs demand, resulting in plummeting prices that hurt current producers and potential cannabis entrepreneurs. A report by the Oregon Liquor Control Commission published earlier this year found that there is already enough cannabis inventory to supply the state for six and a half years if current consumption trends holds steady.

In response, Sen. Floyd Prozanski (D-Eugene) and Rep. Ken Helm (D-Beaverton) co-sponsored Senate Bill 582, which would allow Oregon to export cannabis products to be sold in other states that allow recreational marijuana use.

The bill is a pre-emptive move that anticipates more lax federal laws around cannabis sales.

“In cannabis law, that change in federal policy can happen in a number of ways,” Adam J. Smith, founder and director of the Craft Cannabis Alliance, told the Senate Judiciary Committee on Feb. 7. He explained that marijuana sales between states could be protected under the States Act, or even be triggered by a statement from the Department of Justice indicating that such interstate transfers would not be an “enforcement priority” for the federal government.

Mike Getlin, founder and director of Oregon Industry Progress Association, testified that SB 582 would give Oregon cannabis producers “a major head start” to corner the national market share, thereby turning the state’s oversupply into an asset.

He warned, “If we’re unable to compete even for a matter of six months, it would permanently cripple our ability to export one of our best cash crops in Oregon. What we need to do is prepare so that we are ready with the trucks in a safe and organized manner to get our products out of the state and capitalize on it on day one of federal legalization.”

To that end, SB 582 would allow the governor to work with leadership in other recreational marijuana-allowing states to hammer out the details of export and sales. The bill is currently worded to allow such agreements to happen only in states that either abut Oregon, or that can be reached through ground travel that does not pass through states where there is any kind of prohibition against recreational marijuana use. Currently, that would include potential agreements in Washington, California, and Nevada.

An amended version of Senate Bill 582 passed out of the Senate Judiciary Committee with a 5-2 vote after a work session in late March.

Advocates emphasized the economic cost of having a surplus with nowhere to send it.

“The result is thousands of companies fighting to survive, putting thousands more jobs and hundreds of millions of dollars of local capital at eminent risk of loss,” Casey Houlihan, executive director of the Oregon Retailers of Cannabis Association, told the Senate Judiciary Committee in February.

He explained that Oregon’s “perishable excess supply” would find its way to other states no matter what.

“Oregon has been an exporter of cannabis for decades.

"We know prohibition doesn’t work. We want those sales to be legal and regulated and taxed. The solution is fairly simple: We need to create a structure for exporting that excess supply into other state and countries as soon as we possibly can.”

Travis MacKenzie, founding members of TJ’s Gardens, told the committee that his company had reduced payroll by 50 percent in the past two years due to the excess of cannabis products available in Oregon, and the subsequent competitive pricing.

“That’s a lot of dollars that are not in our local economy and a lot of employees that are no longer in this industry when they want to be,” he said.

Christopher Dolinar, CEO of Pilot Farm in southern Oregon, said his company was one of the first 15 OLCC-licensed farms, and that he has had to cut nearly 80 percent of his staff since opening.

“I got into [the industry] for the unprecedented competitive advantage that Oregon has to play in the global cannabis market compared to anywhere else,” he said, adding, “We’re sitting on this incredibly opportunity to take advantage of this market opening up. Let’s be first to market.”