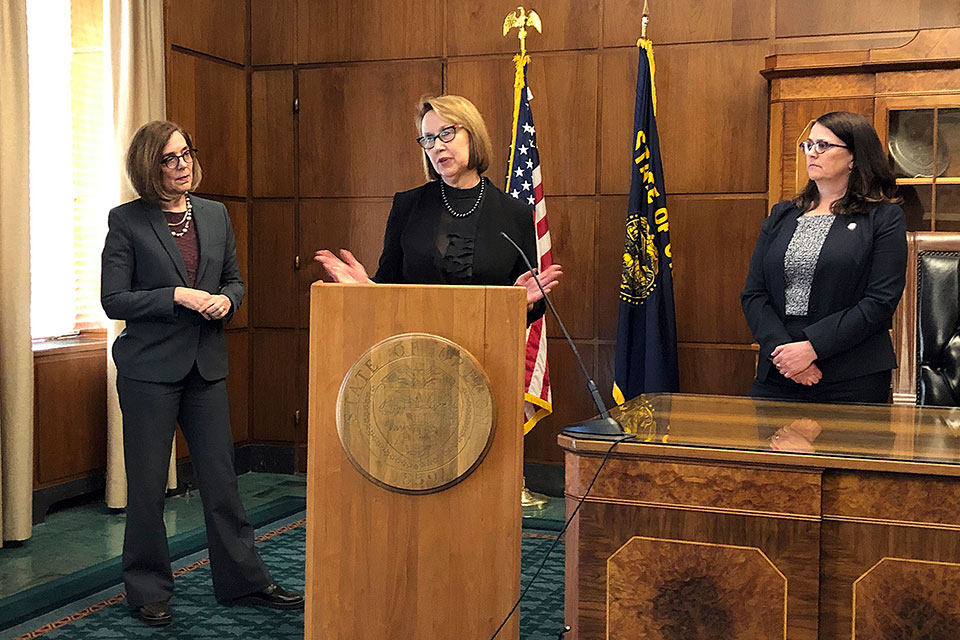 The ruling by U.S. District Judge Michael McShane in Eugene, Ore., was the second nationwide injunction by a federal judge in the Pacific Northwest against the U.S. Department of Health and Human Services attempt to implement new rules beginning Friday in the so-called Title X program. It provides comprehensive family planning and related preventive health services for low-income families or uninsured people.

"We are very, very pleased with the outcome," Oregon Gov. Kate Brown, whose state led the lawsuit, told a news conference.

"It will ensure that women across the country will continue to receive the health care they need and deserve."

Nineteen other states, the District of Columbia, the American Medical Association and the Planned Parenthood Federation were also plaintiffs in the suit against Secretary of Health and Human Services Alex Azar.

McShane said at a hearing last week that he was reluctant to set national health care policy. But in the temporary injunction he issued Monday, McShane granted plaintiffs' request for it to be nationwide.

McShane called the Department of Health and Human Services rules change "a ham-fisted approach to health policy that recklessly disregards the health outcomes of women, families, and communities."

"This appears to be the height of activist judging," said the group's spokeswoman, Liberty Pike. She said the original intent of Title X was to aid in family planning.

"Abortion is not family planning," Pike said in a phone interview.

A judge in Washington state made a similar ruling last week.

Oregon Attorney General Ellen Rosenblum, appearing at the news conference with Brown, noted that the cases are subject to appeal by the Trump administration and that the records of the cases are different, with all 20 states and the District of Columbia presenting declarations in the case heard in Oregon. Washington state was the only state plaintiff in its suit, heard by Judge Stanley Bastian in Yakima.

Bastian wrote that the plaintiffs in Washington state demonstrated the Trump administration's so-called Final Rule "likely violates the central purpose of Title X, which is to equalize access to comprehensive, evidence-based, and voluntary family planning."

The new rules would have banned abortion referrals by taxpayer-funded clinics. Such a clinic could give a list of health-care providers to a pregnant woman, but not say which ones provide abortion procedures, even if the woman was seeking such a procedure.

"This is madness," McShane wrote.

McShane compared the new rules to a novel by Franz Kafka, whose protagonists face bizarre or surrealistic predicaments.

"If a woman seeks to have a legal abortion and requests a referral from her Title X provider, the Final Rule requires a referral for prenatal care," the judge wrote.

The new rules would also have prohibited clinics that receive federal money from sharing office space with abortion providers.

Supporters of the changes say they return Title X's regulations back to their original legislative intent that "none of the funds appropriated under this title shall be used in programs where abortion is a method of family planning."