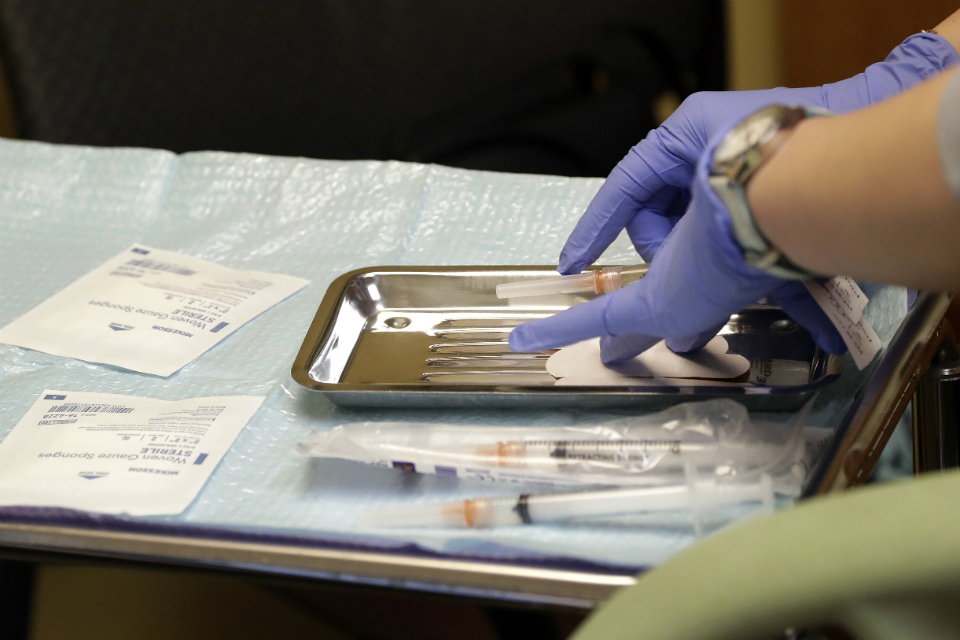 PORTLAND, Ore. (AP) — A measles outbreak that sickened more than 70 people, mostly children, in the Pacific Northwest is finally over even as the total number of cases nationwide continues to spike to near-record levels , officials said Monday.

Six weeks have passed without a new infection in southwest Washington state, where the outbreak began on Jan. 3, said Dr. Alan Melnick, head of the Clark County public health department.

A total of 71 people were infected — a tally that does not include a handful of cases in Portland, Oregon, and Seattle that were linked to the outbreak's epicenter.

Authorities elsewhere struggled with the most measles cases in the U.S. since 1994. Across the country, 704 cases have been reported in 22 states as of Monday, according to the U.S. Centers for Disease Control and Prevention. A large outbreak in the New York City area has stymied public health officials, and 271 students at two major California universities remained quarantined after possible exposure, down from 800 students last week.

We're grateful to see this outbreak come to an end without any deaths or serious complications.

"We're grateful to see this outbreak come to an end without any deaths or serious complications," Melnick said. "But as long as measles exists elsewhere in the world and people continue travel, we're at risk of seeing another outbreak. We must improve our immunization rates to prevent future outbreaks and keep our children and other vulnerable people safe."

In Washington state, the outbreak began four months ago when measles was confirmed in a child who had traveled from the Ukraine to the U.S. Authorities could not determine, however, that the child was the source of the outbreak.

It spread quickly among unvaccinated children: Ninety-three percent of the cases were in people under 18 and 86 percent of patients were unvaccinated, while 14 percent had had just one dose of a two-dose series of shots or didn't know their vaccination status.

One person was hospitalized.

The outbreak cost nearly $1 million and 19,000 hours of staffing time to contain and affected 53 public places, including schools, hospitals, airports, stores and restaurants in both Washington and Oregon, officials said.

Melnick said during the outbreak that public health authorities struggling to contain its spread identified and contacted more than 4,100 people who were exposed to the viral illness and made daily monitoring phone calls to more than 800 people considered susceptible to contracting measles.

Vaccinations in Oregon and Washington

The outbreak prompted a public conversation in Washington and Oregon about routine childhood vaccines.

The two liberal-leaning states have some of the nation's highest statewide vaccine exemption rates, driven in part by low vaccination levels in scattered communities and at some private and alternative schools.

Four percent of Washington secondary school students have non-medical vaccine exemptions. In Oregon, which has a similar law, 7.5 percent of kindergarteners in 2018 were missing shots for non-medical reasons.

Numerous studies have shown vaccines do not cause autism — a common reason cited by those who don't want their kids immunized.

In Washington state, lawmakers sent a bill to Gov. Jay Inslee that would tighten up exemption rules for the mumps, measles and rubella shots. In Oregon, lawmakers will vote on removing a families' ability to opt-out of required school vaccinations for personal, philosophical or religious reasons.

Before mass vaccination, 400 to 500 people in the U.S. died of the measles every year. Serious complications include brain swelling that can cause blindness or deafness and pneumonia.

Early symptoms include a fever, runny nose and malaise, followed by a rash that starts around the head and moves down the body. Patients are contagious four days before and four days after getting the rash.

Nine out of 10 unvaccinated people who are exposed will get the disease. Someone who has no immunity can get sick up to three weeks after they have been exposed to the virus.