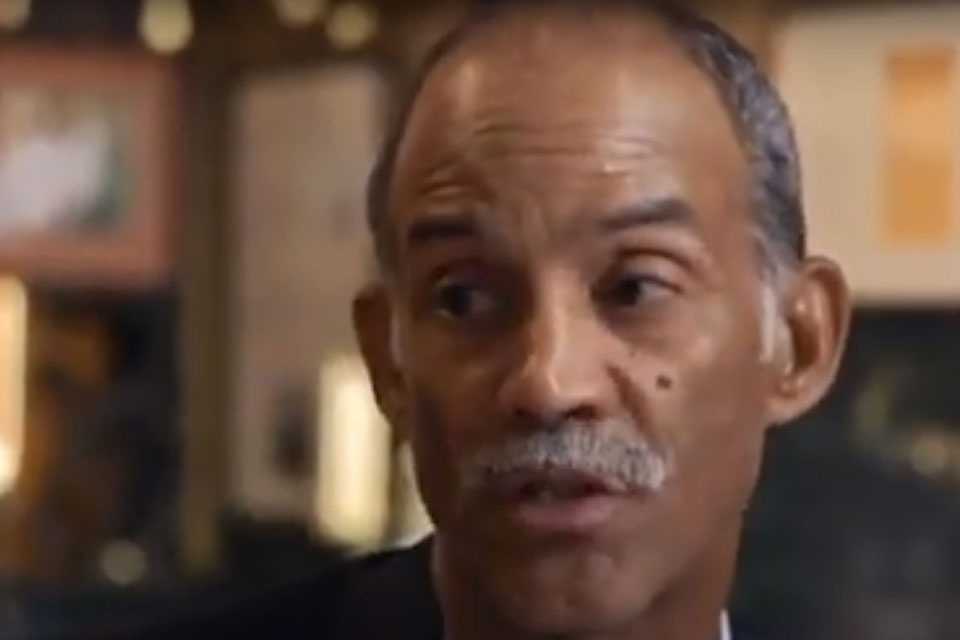 A noted Black genealogy expert who has helped everyone from Oprah to Smokey Robinson trace their roots will share his methodology with Portlanders later this month.

Tony Burroughs has spent more than four decades honing an approach to genealogy that is often obscured by slavery and incomplete public record-keeping. Through numerous television appearances, he has made the process of genealogical research more accessible. But he cautions would-be Black genealogists not to worry too much about researching their family history prior to 1870, when the first U.S. Federal Census recorded African Americans by name.

“People have to be able to research 150 years before they get back to 1870, and that’s a heck of a lot of research to do,” Burroughs told The Skanner. “You have to realize when you’re first starting off, being African American is not a hindrance, not a problem. We see a book about genealogy or a listing of a workshop that doesn’t have ‘African American’ on it, we don’t believe it has anything to do with us. That’s totally incorrect. People need to understand, ‘What is fundamental genealogy? What are the methods of genealogical research?’”

He added, “When you start to do genealogy, no matter if you’re Black, White or Chinese, everybody starts off the same way: You start by writing your autobiography and what you know about your family. After that, you identify all your living relatives, and you interview them and get their stories about their life. And then you go through what I call the family archives. You look through the attics and trunks and shoeboxes -- funeral programs, discharge certificates. That’s what people need to understand. They should never go into genealogy thinking about how difficult it is.”

Burroughs first became interested in genealogy while a member of his college’s Black student union. The group was looking to book a speaker, and was able to secure Alex Haley, who had recently published “The Autobiography of Malcolm X.” Haley’s famed family epic “Roots” wouldn’t be published for more than a decade, but the concept of legacy made its way into the talk.

The genealogy seed was planted, and Burroughs revisited it years later, home for Thanksgiving, when he read a fateful op-ed in the Chicago Sun Times that urged readers to use the holiday weekend to pay thanks to their ancestors. Burroughs followed the column’s reading suggestion -- a book by the Boy Scouts -- and which launched his scholarship.

“I was born into this,” Burroughs said. “My name is Anthony Burroughs. St. Anthony is the patron saint for finding lost things.”

Dissatisfied with the lack of Black genealogy societies and publications, Burroughs dove into the conventional reading on the subjects.

“In some vital records offices, the (records of) colored marriages are in a different room. If you don’t understand history, then that’s going to escape you.”

Burroughs’ thorough approach has allowed him to follow his own lineage back to the 1760s, but he is quick to point out that his techniques can be translated across ethnicities. For one, he urges a mix of online and offline sources.

One tip: cemetery and funeral home records. As Burroughs points out, if you know where one relative is buried, there are likely to be others you hadn’t heard of.

“That’s what happened to me,” Burroughs said. “We had a ton of people (in the cemetery), we didn’t know who they were. I found out they were my great-grandmother, her siblings, as well as her parents. That could be easily overlooked. People today start genealogy by going to ancestry.com, and they don’t realize there’s a lot of things they need to go before they go there that will give them a strong foundation.”

Vince Patton of the GFO said Burroughs’ appearance will allow the all-volunteer organization to provide more robust resources to researchers of all ethnicities.

“You can’t get a better expert in the country than Tony Burroughs.”