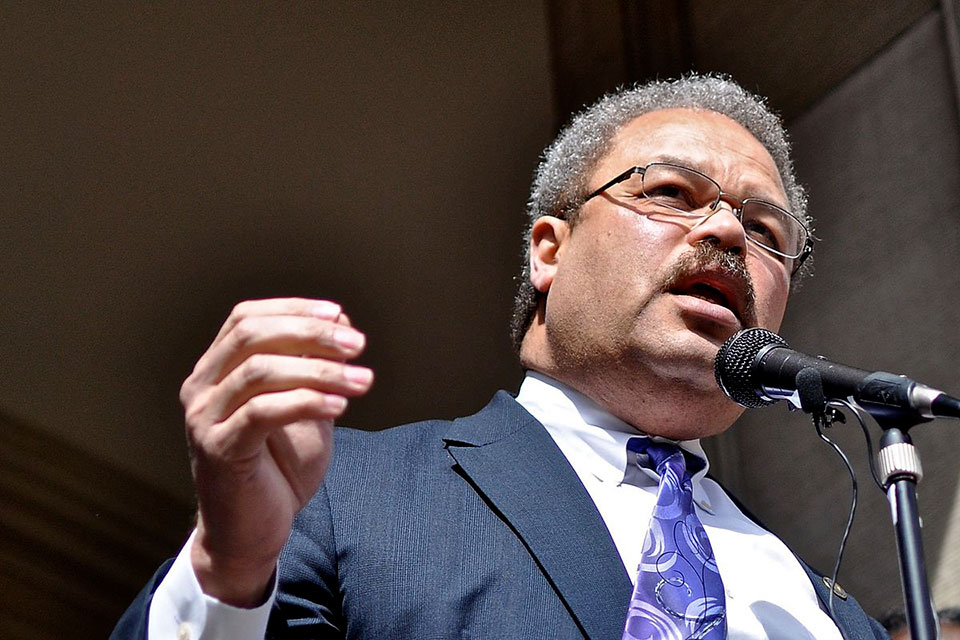 A new bill aims to overhaul the way Oregon deals with hate crime.

In May, Attorney General Ellen Rosenblum announced a task force to study hate-motivated crimes, which increased in Oregon by more than 40 percent this year, according to the FBI. The resulting Senate Bill 577 -- and a proposed amendment -- outlines more robust data-collection on “bias incidents,” regardless of whether they are prosecutable.

It would also make gender identity a protected class, and replace more limited language about the crime of “intimidation” with more nuanced definitions of “bias crime.” In addition, the proposed amendment would create a Hate Crimes Response coordinator position within the Department of Justice to staff a dedicated resource hotline for hate crime victims.

“The question is how do we address the issue of crimes that are based on hate, based on bias, and then have an impact on them that’s long-term?” Sen. Lew Frederick (D-Portland), one of the bill’s co-sponsors, told The Skanner.

“The idea is that we will create a confidence that any sort of crime like this might be addressed well and quickly.”

In testifying to the Senate Judiciary Committee in support of the bill earlier this month, Rosenblum complained that a lack of comprehensive hate crime data collection “leaves us with what are often terrifying anecdotes of bigotry, but no systemic sense of where hate is springing up in Oregon, or how best to fight it.”

If passed, the bill would compel law enforcement to forward all reports of hate activity to the Civil Rights Unit of the Oregon Department of Justice, and hate crime data would be compiled and made publicly available by the Criminal Justice commission.

Task force member Zakir Khan, board chair of the Council on American-Islamic Relations, called SB 577-1 “a good first step in a series of steps that needs to happen to counter White nationalism here in Oregon.”

“This would greatly improve data collection from police departments statewide, so there would be an organized scheme created and worked on by the criminal justice system,” Khan told The Skanner. “District attorneys will now track hate crimes cases as well, to make sure there’s an accountability mechanism.”

But Khan was disappointed that a gun addendum didn’t make it into this draft of the bill.

“Something we’ve been trying to push for is that hate crime offenders would be banned from owning a gun for 10 years,” Khan said. “It’s something we would like to pursue in the future. The Gifford Law Center helped create the language for it that we pitched to Senate and the Legislature. We’ve been working in tandem with them, because a lot of these people that are committing these hate crimes go on to commit further violent acts. It’s a concern, too, for law enforcement over the next generation: we’re concerned for their safety in dealing with these nationalists and White supremacists -- we’ve already seen situations where these groups have tried to target law enforcement.”

Khan added, “We’re also calling for the specific hire of a new detective in the Oregon State Police that focuses solely on hate crimes, because that currently doesn’t exist.”

Nancy Haque, executive director of Basic Rights Oregon, said the bill gave much more weight to the harm inflicted on victims -- a welcome change from the current intimidation law, which places an emphasis on the perpetrator’s intent.

“I think that the attorney general’s office and the people who are part of the task force did a really good job of being thoughtful about what it means to have a hate crime committed against your personhood,” Haque said. “I think that that sort of focus on the victim of the crime rather than just catching offenders is actually a really positive step forward.”

"This creates another vehicle for people to report hate crimes.”