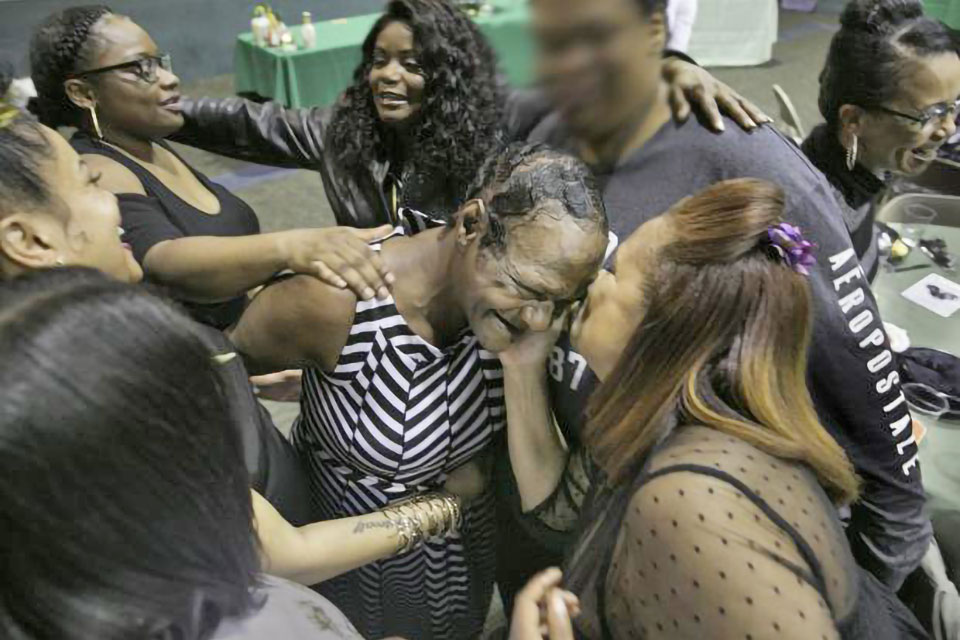 The 8,000-square-foot Diane Wade House is located in Gresham and designed to house 38 residents. Funded through a $2 million grant from the MacArthur Safety and Justice Challenge and administered by Bridges to Change, the facility will offer culturally specific counseling, education, employment, mental health, and addiction services.

Abbey Stamp, executive director at the Local Public Safety Coordinating Council, worked with the MacArthur Foundation to identify the need for better support services for women of color who are navigating the justice system and specifically, who are on probation. She points out that while African Americans comprise only six percent of the population in Multnomah County, they represent about 20 percent of inmates in Multnomah County Jail.

“We want to be responsive to a community that has not thrived or been able to seek recovery in the current continuum of justice services,” Stamp said, adding that while there are local Afrocentric transitional services for men in the area, no such options existed for Black women.

“Someone who is really ‘not compliant’ with the terms of probation, this is a space that someone could go instead of getting sanctioned to jail,” Stamp said.

“Instead of ‘Go do five days in jail because you’re screwing up,’ the response could be, ‘I have a resource for you that could help you get more stability and head on the road towards wellness.’”

The house is largely staffed by peers -- women who have themselves been involved in the justice system. Sonja Freeman, a certified recovery mentor at the Diane Wade House, said her experience with incarceration and in transitional housing has given her insight into how a more culturally specific program can benefit women of color.

“I talk loud,” Freeman says. “I talk with my hands. I was known as aggressive or threatening when culturally it’s different. I’m just passionate. That’s how we communicate. At the Diane Wade House, we understand that. We’re not intimidated by that. We can read the body language, we know the tone.”

Freeman told The Skanner about her own interactions with the justice system: Separated from her family at an early age, she turned to drugs and alcohol to cope with trauma. Being biracial proved to be a social barrier, and she found that she was most accepted in circles where substance abuse was prevalent.

“I did do county time,” Freeman said. “I was on probation one time for 10 years. I had 15 convictions that I got expunged, that are now completely off my record” as of last week.

She recalled living in a transition home where she didn’t feel comfortable enough to cook her favorite comfort foods in a shared kitchen.

At the Diane Wade House, she said, “The women get to be themselves.”

Freeman herself is in recovery, and explained that her work at Diane Wade House, specifically under the mentorship of Bridges to Change program manager O'Nesha Cochran, has been life-altering for her. It is also a fitting homage to the facility’s namesake, who served as a parole and probation officer for more than a decade until her death in 2010.

“The woman who is the manager of the facility was actually on Diane Wade’s caseload, and Diane used to go to Coffee Creek and meet with her clients,” Stamp said. “What I hear about her is she had this really loving yet accountable, ‘don’t give me any crap’ approach to engaging her clients. She was incredibly loved and respected to be able to balance those two sides. She was kind of a legend, and so we named the house after her.”

By law the facility is open to women of all racial backgrounds. Clients are referred by County Mental Health and Addiction case managers and parole and probation officers.

“I am incredibly excited about the energy to do something different, and to serve a population that historically the justice system has harmed,” Stamp said. “I am thrilled that all of the stakeholders in our system -- from the district attorney to the courts to the public defender to sheriffs -- everybody is excited that this is our chance to try something different and be very pointed and intentional about actually serving a community that needs an individualized type of service. Rather than just creating a transitional housing service for women that was very much couched in dominant culture, we decided that being Afrocentric” was the best approach.”