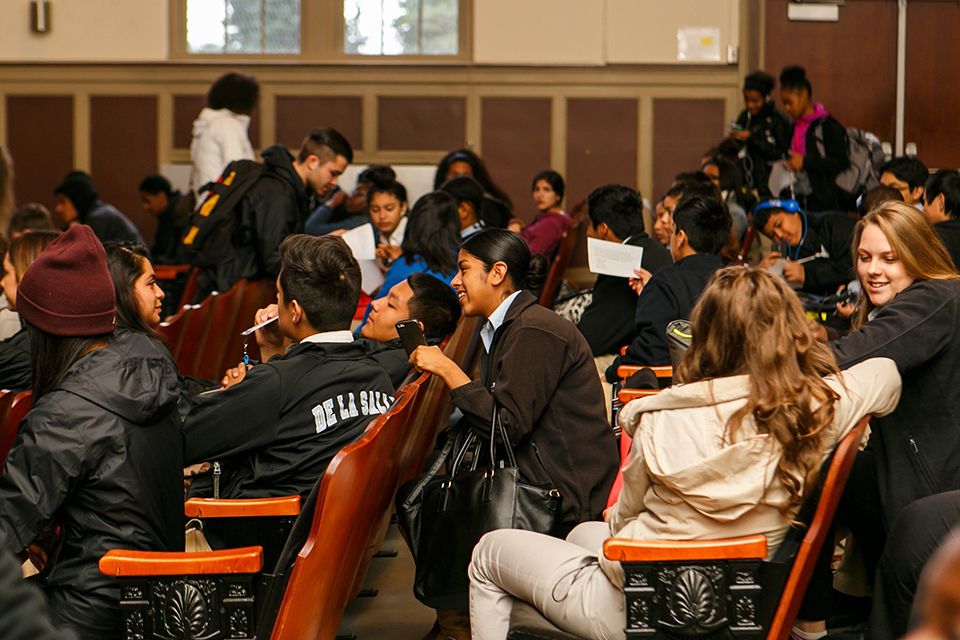 School officials announced Tuesday that De La Salle had reached a deal to with St. Charles Parish at the southeast corner of Northeast 42nd Ave. and Killingsworth in Portland.

A press release put out by the school says the church and the school have not worked out all the lease details but have signed a letter of intent to a 50-year lease with two 25-year extensions.

Since 2007, the school has been housed in the former Kenton Elementary School building, which Portland Public Schools closed the year before as part of a district-wide restructuring effort.

Oregon Public Broadcasting reported last May that the school would be losing its lease – which had initially been written to last through 2026, with options for up to three extensions of up to 10 years. But officials said the school’s payments to PPS – of more than $33,00 a month -- were too steep.

In 2015 De La Salle North officials approached PPS, offering to buy the building, negotiate a 60-year lease extension or terminate the lease earlier than 2026. The district chose the third option, and three years later officials learned the school would be losing its lease.

“After exploring more than 40 sites over the past three years, we are thrilled to have found a new and permanent home for De La Salle North Catholic High School,” said Patti O’Mara, chair of the board of trustees of De La Salle North in the school’s press release. “The first time I visited St. Charles Parish, I could envision our students filling the classrooms of this building. We are very grateful to establish this long-term partnership with St. Charles and to become a vital member of the Cully neighborhood.”

“I really give credit to board chair Patti O’Mara and the rest of the board members to opening their eyes about this opportunity,” Leong told The Skanner.

Many of the other sites officials looked at were not quite right in some way, Leong said: too large, too small or too far away. The new location in the Cully neighborhood is not far from Kenton, and felt “like a place where De La Salle students belong.”

“The first time I actually met Leif Kehrwald, the pastoral administrator of St. Charles Parish,  at St. Charles, we shared about each other’s passions and each other’s ministry and we found we’re so alike, this will be a great partnership if it happens -- and thankfully it did happen,” Leong said.

Both communities serve families of modest means, Leong said. De La Salle also has a higher proportion of minority students than many other Portland schools, and a high percentage of low-income students for a private school: according to demographic information released by the school, 33 percent of De La Salle students identify as African American, 38 percent of students as Hispanic, 10 percent as Caucasian, 8 percent as multiracial, 3 percent as Asian and 8 percent as other or unknown. More than half qualify for free or reduced lunch.

Eighty-nine percent of students receive a scholarship to attend and 68 percent have full scholarships, with no student being turned away for an inability to pay – and although students start on average a year and a half behind in reading and math, a full 100 percent are accepted to college on graduation.

The school is also known for its replication of the corporate work study program pioneered by Chicago’s Cristo Rey Jesuit High School, which allows students to work one day a week to partially finance the cost of their tuition while learning office skills and making connections.

Leong said officials told students Tuesday during a senior ring ceremony that the current senior, junior and sophomore classes would be the last three to graduate out of the current building; in fall of 2021, De La Salle students who are freshmen now will be seniors on the St. Charles campus.

The new facility will accommodate 350 students, and the school is currently accepting applications for the class of 2023. For more information, visit www.delasallenorth.org.