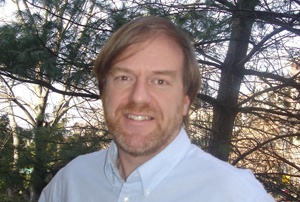 Steve Coleman, one of the country's foremost urban forest advocates, will give the keynote speech at the Skanner Foundation's 22nd annual Martin Luther King Jr. Breakfast. The yearly celebration to honor the life and work of Dr. Martin Luther King Jr. is set for Monday Jan. 21 at the Hilton Executive Tower Hotel, 921 S.W. 6th Ave. in Portland.
A national leader in the growing urban parks movement, Coleman has spent 30 years at the forefront of urban environmental issues in Washington, D.C. and across the country. He championed the dramatic recovery of Meridian Hill/Malcolm X Park, transforming it from Washington, D.C.'s most violent park into one of its safest. As he works with thousands of city dwellers and community organizations to reclaim city parks and increase green spaces, Coleman isn't just highlighting the need for equal access to parks for minorities and low-income city dwellers – he's making it happen.
In Portland, Charles Jordan — the former Portland Parks and Recreation director and city commissioner, who now chairs the national environmental nonprofit The Conservation Fund – brought trees and green spaces to every part of the city. Under Jordan's pioneering leadership, in the 1980s the city's green space grew from 184 to 228 parks and natural areas. Jordan's legacy contributes to Portland's reputation as one of the greenest cities in the country.
Trees clean the air of pollution, soak up excess rainwater and keep the city cooler in summer. That's in addition to beautifying our neighborhoods and raising property values. In fact, last year, the parks department estimated the value of Portland's trees alone at $5 billion and said they bring $38 million to the city in environmental benefits every year.
Yet despite Portland's successes, environmental justice campaigners point out that North and Northeast Portland have suffered disproportionately from traffic and industrial pollution. The Coalition For a Livable Future has published an "Equity atlas" that shows many neighborhoods in the metro region lack parks, or other resources.
Typically across the country, low-income city dwellers live in neighborhoods blighted by poor air quality and contaminated "brownfield" sites. Through his work with the City Parks Alliance, a national consortium of urban parks partnerships, and the International Urban Parks Alliance, Coleman has helped create partnerships to reclaim and clean up such sites. For low-income and minority people, the benefits include more than simply cleaner, safer, family friendly neighborhoods. They also include opportunities to gain training and work experience in the rapidly growing "green" economy.
Mike Houck, executive director of the Urban Greenspaces Institute says Portland is ahead of the pack, but still has plenty to do. "We are doing a good job, but not good enough," Houck said. "We are striving for equality of access but we have to do a better job. There are neighborhoods in Portland that remain park deficient — the Cully area in Northeast, and outer Northeast, for example."
Houck said he is looking forward to hearing Coleman speak. "I've heard from two sources independently that he is a great speaker," he said.
Born in India to Canadian parents and raised in Pittsburgh, New York, and Philadelphia, Coleman's achievements range from co-founding SAVE Our Future, a national low-income voter registration drive, to producing award-winning educational television programs. Starting out as a journalist covering urban affairs for PBS's MacNeil/ Lehrer Report, Coleman helped start a training program for journalists from Third World countries; worked with media mogul Ted Turner as program director of the Better World Society, an international environmental advocacy organization; and, as vice president of a national business association, raised money for community development.
In 1999, Coleman led the effort that turned the former Embassy of Hungary into the Josephine Butler Parks Center  – a permanent 18,000-square-foot "greenhouse" for seeding community reclamation of the District of Columbia's long forgotten community parklands. For the past two decades, as executive director of Washington Parks & People, Coleman has led the capital's award-winning alliance of community parks partnerships, which owns and operates the Parks Center as well as the Riverside Center east of the Anacostia River.
As well as this dynamic speaker, the 22nd annual Martin Luther King Jr. Breakfast will feature scholarships for outstanding students, and presentation of the Drum Major for Justice award, which goes to a local hero who exemplifies Dr. King's values of equality, justice and compassion.
This year's breakfast will be held from 8:30 to 10:30 a.m. Monday, Jan. 21 at the Hilton Executive Tower Hotel, 921 S.W. 6th Ave. To reserve a table, nominate someone for the Drum Major for Justice Award or recommend a student for a scholarship, call 503-285-5555 or email MLKBreakfast@theskanner.com.