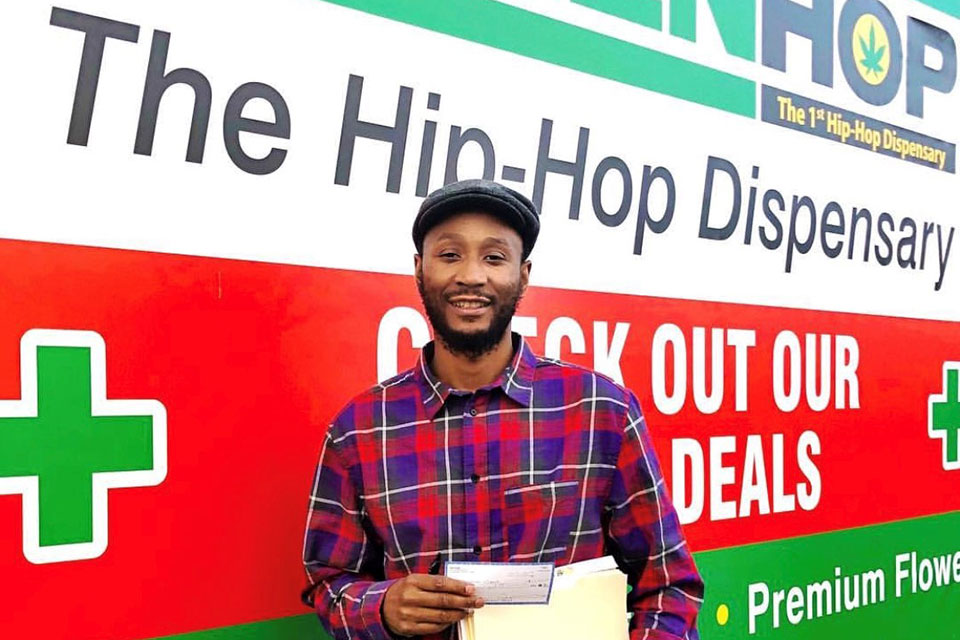 In 2016, Portland voters passed Measure 26, specifying that a 3 percent tax on recreational sales would be used in part to support minority-owned and women-owned local businesses in the cannabis industry. It is the first such tax initiative in the U.S. Further language in the measure emphasizes that these funds will provide “economic opportunity and education to communities disproportionately impacted by cannabis prohibition.”

“The voters said they cared about the economic harm done to the communities through (marijuana) arrests and the war on drugs, and want to give back,” said Jeannette Ward Horton, project manager at the NuLeaf Project, a nonprofit chosen as the program’s provider.

In addition to the funding, each business will receive at least four months of business advice and guidance through NuLeaf.

“We have a $3 million program called the Inclusive Business Network, where we fund 16 organizations that serve entrepreneurs of color and women,” project manager Katherine Krajnak said.

“We served 735 businesses last year: 70 percent (were owned by) people of color, and 60 percent were women-owned.”

Ward Horton explained how Green Box and Green Hop were chosen out of the more than dozen applicants.

“These are strong businesses ready to explode, ready to scale with the right capital. They’re just missing the capital to scale,” she said.

“The subscription model economy is exploding outside of cannabis, and there aren’t a lot of delivery licenses in Oregon. So you corner the market. Green Hop is a retailer, but what makes them special is they’re creating this cannabis hip hop experience, having these events and culture activities. They’re really trying to push what is retail and what it means to serve a community.”

Green Box owner Adrian Wayman says his business, now in its second year, caters to “people that tend to be overwhelmed by shopping in a typical dispensary environment, or absolutely don’t want to be seen by others,” as well as customers who want more consistency in product -- the decrease in overhead costs means Wayman can better keep up with inventory.

The new funding source will enable Wayman to expand his previously one-man operation. He confirmed to The Skanner that since receiving the $30,000 grant, he has been holding interviews with potential drivers, fulfillment team members, and creative and marketing staff.

“I think I deserve (the grant) for the simple fact I have been affected due to harsh laws,” Wayman said. He was arrested for possession 19 years ago in DeKalb County, Georgia, while waiting for his bus. He says he was approached by a number of police officers with guns drawn, and that they discovered a small amount of marijuana on him. He spent the next 18 months on probation, and saw an adverse impact on his job prospects after.

Wayman acknowledged another piece of city legislation that helps residents with past cannabis convictions pursue expungement. “That’ something that I could pursue, but at this point, I think that as a business owner now I don’t need it. It may be something I do down the road just to get it done, but at this point I’m not in any hurry. I’m not applying for anyone’s job.”