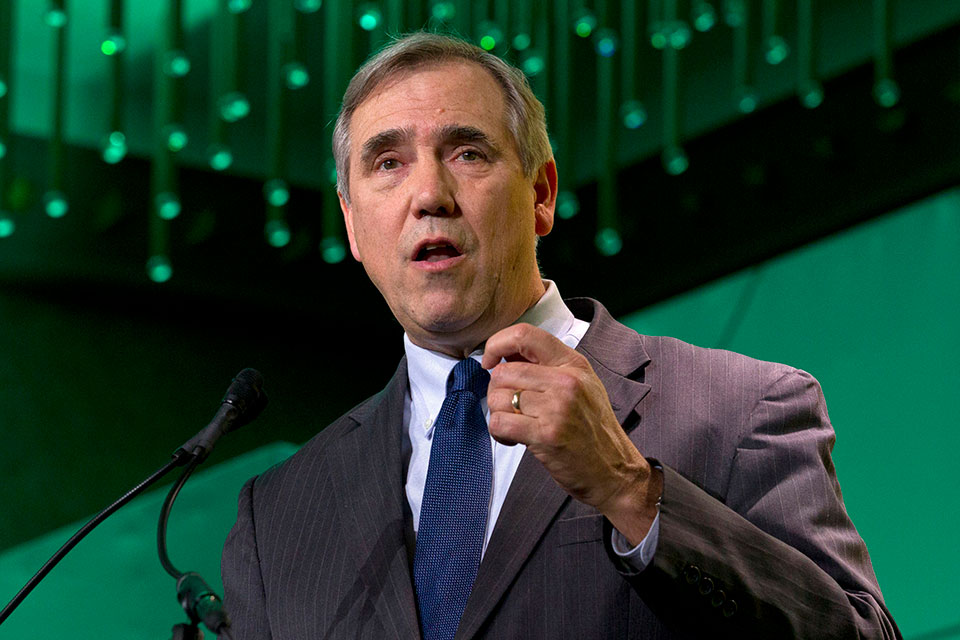 SALEM, Ore. (AP) — U.S. Sen. Jeff Merkley of Oregon has decided not to enter the increasingly crowded race for the 2020 Democratic presidential nomination after months of consideration.

Merkley told The Associated Press the large field of Democratic contenders for the White House was not a major factor in his decision, nor was an Oregon law that prevents him from being on the ballot for more than one elected office in any given year.

"I've never shied from a fight, and there's nothing about the field that would make me reluctant to be there," Merkley said.

Merkley, who planned to formally announce his intentions on Tuesday, said in a telephone interview that he decided he would be more effective running for his third term in the Senate than being a candidate for the presidency.

He aims to fight anti-democracy moves including voter suppression, gerrymandering and dark money. He said he also wants to focus on helping families by improving health care, education and access to living-wage jobs and on stemming climate change.

He is not endorsing any candidate yet but said he is impressed by many of those Democrats who have already declared their candidacy or intention to run.

"If you're running, you've got to present a credible and determined vision on how you'll take on these problems," he advised the growing field.

Merkley expressed guarded optimism that Democrats might regain control of the Senate in 2020, girded by opposition to President Donald Trump.

If the House were to impeach Trump, the Senate would act as jury in a trial overseen by the chief justice of the Supreme Court, and Merkley would have a seat in the juror box, something he indicated he anticipates happening.