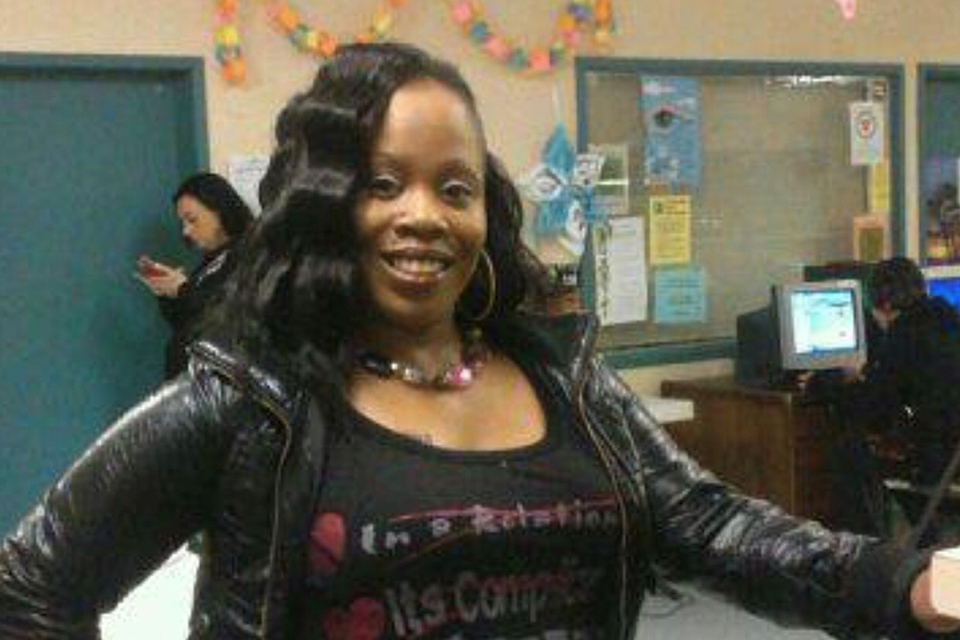 Jaquonna Lakaya Goggans, 43, went missing in late January. On Feb. 7 the Portland Police Bureau announced a body, which they initially believed to be male, had been discovered in the trunk of a car abandoned in an East Portland parking lot.

A week later, the Bureau announced and KOIN reported the person they discovered was Goggans.

Goggans’ family is still looking for answers and hoping community members will come forward with information about Goggans’ disappearance and death.

Goggans’ cousin, Laurie Palmer, told The Skanner the family has few details about Goggans’ death, including the cause and manner of death, which have not been released by police.

She said an employee of Foxy’s Den Eatery, the Hazelwood restaurant where Goggans’ body was found, told the family the car where Goggans was found had been sitting in its parking lot for at least two weeks – abandoned, with license plates stripped. According to Palmer, the car technically belonged to Goggans’ brother but the two had recently traded cars and Goggans had been driving it.

Palmer described her cousin as “a family person” who liked to shop and look nice. Goggans had four brothers, two grown children and three grandchildren. At the time of her death, Palmer said, Goggans was not working, but was living with and caring for her mother.

“She loved to look nice. She loved to shop and she had a beautiful bright smile. She was quiet most of the time, and reserved,” Palmer said.

A spokesperson for the police bureau said Tuesday there were no updates to the case since Goggans’ name was released last week, but has urged members of the public to contact homicide detective William Winters at (503) 823-0466 if they have any information. The state medical examiner will conduct an autopsy to determine the cause and manner of Goggans’ death.

Goggans’ family held a vigil for her Saturday evening in East Portland and a viewing Monday afternoon at the Terry Family Funeral Home, and has set up a GoFundMe to help with funeral expenses.

Goggans’ death is not the first time violence has been visited on Palmer’s family. She had already been involved in movements to prevent violence for years when, in January 2015, her son, Jazman A. Moore was shot four times in an incident that was described as gang-related and which he survived. She formed an organization called the Go Get Your Child Community Violence Prevention Coalition to assist families affected by gang violence and help gang members turn their lives around.

“The community needs to stop being silent on stuff like this,” Palmer told The Skanner.

“That is the coldest thing that you can do to a person, to kill them and put them in the trunk of a car somewhere,” Palmer said. “I don’t know who killed her. She belonged to someone. She wasn’t a piece of trash. All the families are being affected by all this violence in the community and it needs to stop and we need to stand up and take a stand as a community.”