OSU President Emphasizes Diversity in ‘State of the University’ Address 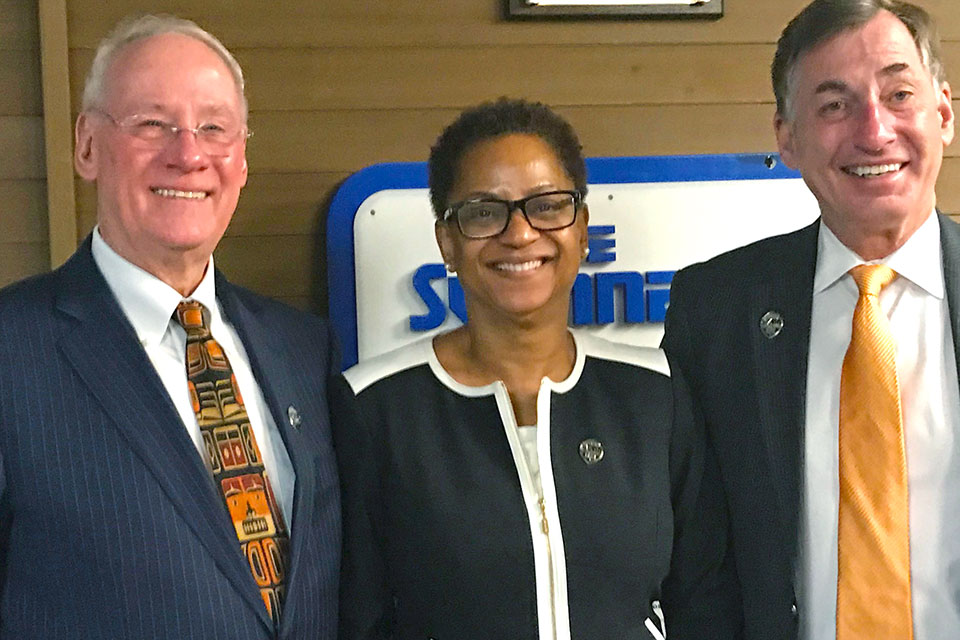 In a Feb. 7 address at the Oregon Convention Center, Oregon State University President Ed Ray emphasized the importance of improving diversity at the school – and called on state government to provide more funding for higher education.

Touting the university’s five-year roadmap launched in January, Ray said the university plans to help “transform society” with research and innovation and offer “success for all people regardless of their race, gender, religion, nationality, disability, sexual orientation or identity – or economic circumstances.”

“At Oregon State, we believe that excellence is achieved through diversity in all that we do and for all that we serve.

"Thanks to the leadership of our Office of Institutional Diversity, we are making great strides in becoming a more inclusive university, but we know that we have more work to do. We ralize the more diverse and inclusive we are, the more excellent we will be,” Ray said.

In a conversation with The Skanner News staff later on Feb. 7, Ray and diversity chair Charlene Alexander talked about ways in which the university is working to recruit and retain minority students and other students from disadvantaged backgrounds. Some highlights and key numbers:

“Together we are working really hard to have an impact and change – to change the narrative about OSU, what OSU offers and the kind of community that we’re trying to build at OSU for our students. We’re spending a lot more time in our schools. We’re having students coming to our campus to kind of learn about the OSU experience and I’m really excited about where we’re heading.”