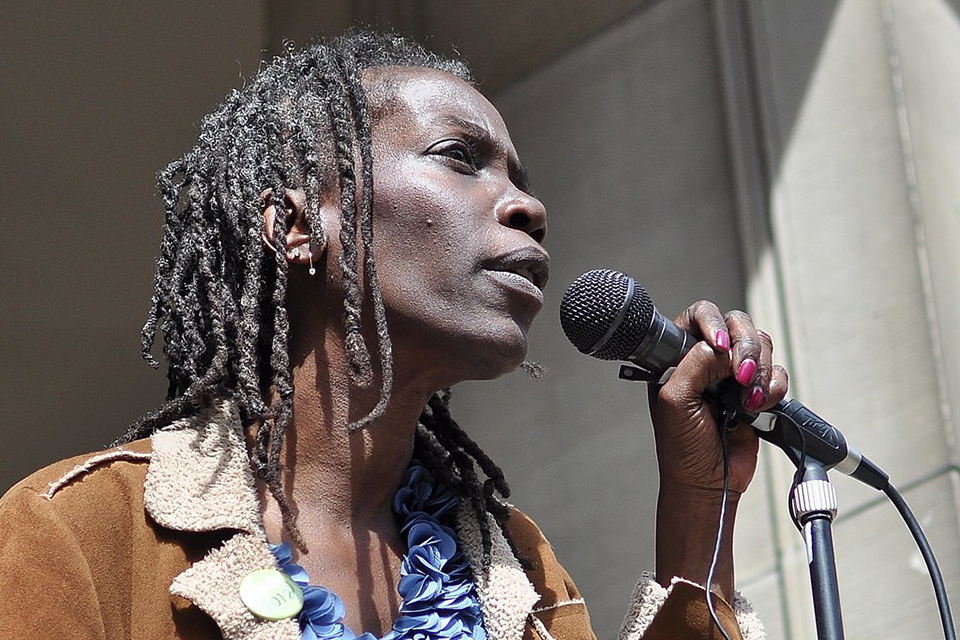 In a Jan. 31 press release Hardesty said she had directed Portland Fire & Rescue, which she oversees, to pause any unreinforced masonry building enforcement until further outreach by her office is completed. It also said she had asked the Portland Bureau of Emergency Management, which she oversees, to lead work sessions on the topic and “further investigate financial incentives that would make seismic upgrades feasible for many business owners and non-profit operators.”

“No one is interested in putting our residents at risk, but we need to look at ways to better support businesses and non-profits in seismically upgrading their buildings,” Hardesty said in the release. “A placard is a band-aid for a much larger problem. Until we have better support in place, especially in the form of funding assistance for these projects, I want placarding enforcement on hold for businesses and non-profit organizations.”

Mayor Ted Wheeler said in a statement last week that the placarding requirement is “still the law” and that he would continue to work with Hardesty and building owners “to ensure the safety of all Portlanders.”

In October The Skanner reported on the NAACP’s criticisms of the ordinance, which they worried would exacerbate the gentrification that has in recent years displaced much of Portland’s Black community and other communities of color.

“The only way they can make this equitable and the only way to make this make any sense is for this entire process to be stopped is to bring everyone to the table,” said the Rev. E.D. Mondainé, president of the NAACP Portland branch and pastor of Celebration Tabernacle Church in October.

Mondainé also expressed concern that given the likely scope of devastation of a megaquake – which, according to tribal histories and geological records hit the Cascadia subduction zone every few hundred years, and last struck the area in 1700 -- the city should be considering prioritizing safe evacuation routes and food storage rather than the safety of buildings. But he also said the communities that have opposed the measure planned to organize and talk about next steps together.