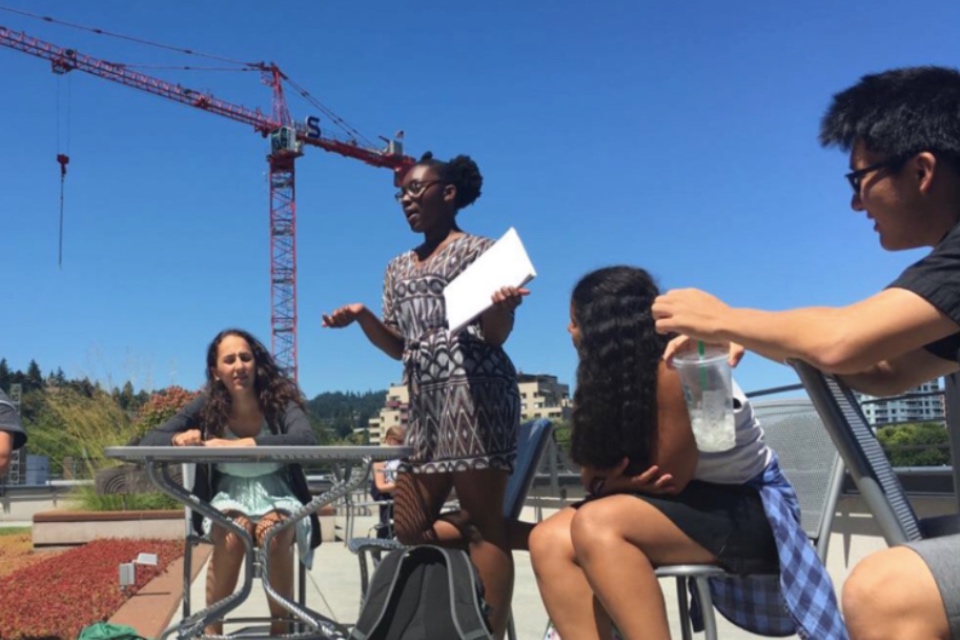 Next month, Portland high school students will learn how their citys buildings have social and environmental impact on their communities.

“Your Street, Your Voice” is a 10-session after-school program launched by Hacker Architects and The CENTER, a coalition-led hub for youth education in North Portland.

Beginning its third round on Feb. 11, the program is aiming to get teenagers interested in architecture and city planning – sectors that are sorely lacking in diversity.

People of color and women are the most under-represented in the architectural community, with fewer than two percent of licensed architects in the U.S. being African American, according to The CENTER.

Professional architecture is “woefully male and woefully White… which suggests that we as an industry are not representing the communities that we’re building for,” said Joe Swank of Hacker.

In order to train the next cohort of architects and urban designers, Swank and his fellow organizers are looking to open the door at a much younger age, starting in high school.

And while “Your Street, Your Voice” is open to anyone in this age group, its aim is to recruit students from under-represented communities as a means to drive creativity and innovation – and make way for more equitable spaces.

“It’s a very targeted program,” said Swank, who is also the program’s instructor. “It’s trying to capture young people that may not have exposure to what an architect or city planner even does – and understand that these are the people that are impacting the communities around them.”

Meeting twice per week for two months, participants of “Your Street, Your Voice” will focus on designing within Portland’s lower Albina neighborhood.

“As progressive as Portland has been in some of its urban planning, it’s also historically ignored a lot of marginalized communities,” Swank said. “The Albina neighborhood is the paramount indication of this, where the Rose Quarter and the I-5 blasted through this historically Black neighborhood.”

He added that the practice of razing racially diverse communities is imbedded into the fabric of planning industries throughout history. Change is much needed.

And to do so, “Your Street, Your Voice” is removing obstacles and incentivizing students – each will receive a $250 stipend for completing the program.

Students are not expected to be artists or designers. Rather, organizers are seeking young people who are passionate about both their city and how aspects like gentrification, economic growth, and climate change affect it.

Using a seven-block radius in lower Albina as a model, participants will identify a social issue – from housing or community to climate change or energy – and then select a site within the neighborhood. With creative computer software and 3D printing, the goal is to design a building on the site that helps solve the issue.

Swank said the program’s goals are closely linked to the collaborative planning project Albina Vision, which aims to right the wrongs of displaced Black residents while re-envisioning the neighborhood as more equitable and livable.

Students are encouraged to apply to “Your Street, Your Voice” before the Jan. 31 deadline.