Memorial Set Up Outside House of Slain Oregon Family 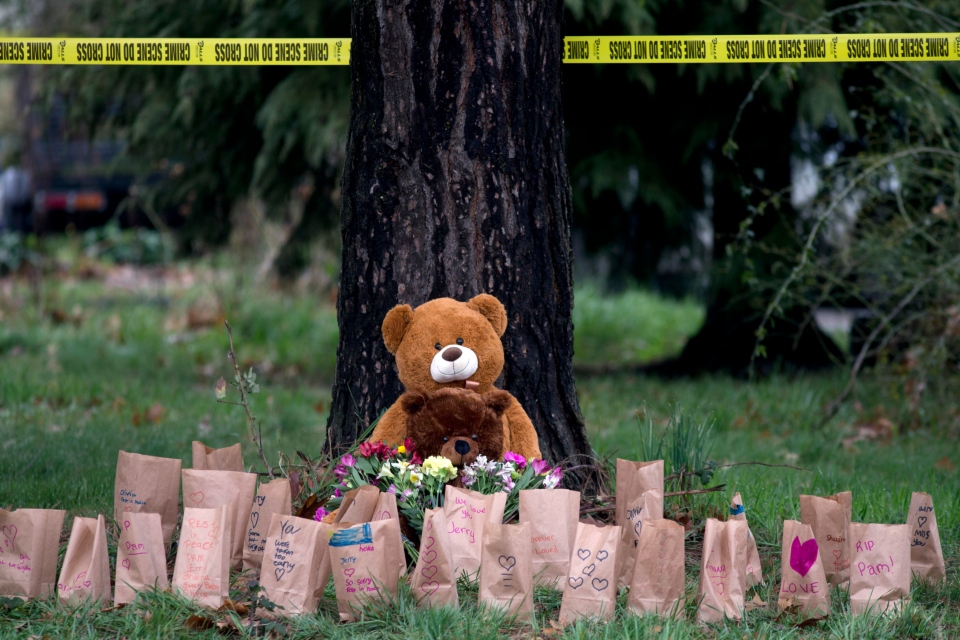 A memorial of candles, flowers and teddy bears was set upside outside a house where authorities say a man killed four members of his family - including his infant daughter - at the Oregon home they shared.

Authorities have not yet released the victims' causes of death and were continuing to investigate Monday.

The home is about 20 miles (32 kilometers) south of Portland and northeast of the city of Woodburn.

Well-wishers left messages such "Forever Loved" at the memorial.