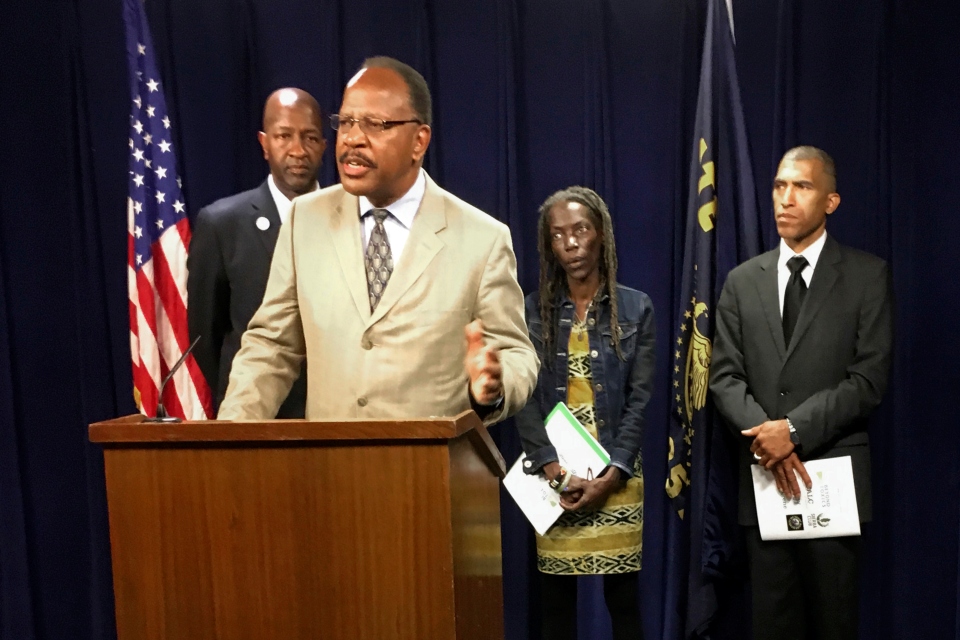 The first Black woman to be elected to Portland's City Council says "White male privilege" is to blame for disruptions and raucous protests during council meetings in the liberal Pacific Northwest city.

Jo Ann Hardesty, who joined the council this year, said the men act "disruptive, disrespectful and self-centered," and those behaviors may discourage first-timers from visiting the council and participating in local politics. The longtime Portland activist said she ran with a promise that anyone and everyone will have a "respectful interaction" with leaders at City Hall.

"I am concerned about how privilege, and specifically white male privilege, is limiting the public's access to City Hall," she said in a statement read at Wednesday's meeting. "There's a chilling effect on persons who are unaccustomed to coming to City Hall to have their voices heard when they see and experience the disruption that seems to be the new normal."

Hardesty spent years as a civil-rights activist before winning her council seat in November.

Shortly after Hardesty's swearing-in on Jan. 2, 2019, the City Council meeting was forced into recess twice while Wheeler expelled people for disrupting the proceedings.

Protests are common at Portland City Hall, sometimes by members of anti-fascist, or "antifa," groups who cover their faces with masks and hoods.

Oregon Public Broadcasting reports that several men who identify as police observers — "cop watchers" is a term they use for themselves — and citizen journalists have disrupted Portland City Council meetings in the weeks since she took office.

The men are not affiliated with the better-known grassroots police reform organization Portland Copwatch, and two have been subject to stalking orders for harassing city officials.

Every member of the City Council has complained about the disruptions, and now-former Commissioner Dan Saltzman said they contributed to his decision not to run for re-election.

In 2015, after an activist sued, a federal judge ruled that the city's policy of barring particularly disruptive people from council meetings for months at a time was unconstitutional.

When Mayor Ted Wheeler took office, he passed an ordinance that clarified what type of behavior could lead to an extended exclusion from City Hall. That policy has yet to be challenged in court.