Students Push Back After SRO Vote 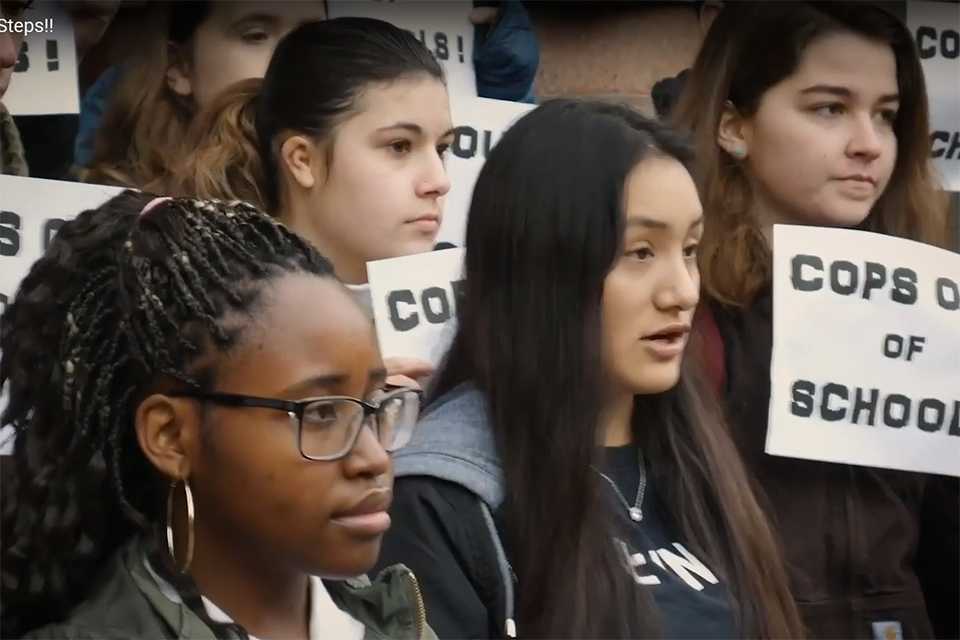 A group of Portland students is fighting a recent decision by Portland Public Schools to fund and increase the presence of school resource officers in public schools.

That decision still has to be approved by the Portland City Council, and that gives students some hope, as longtime police accountability advocate Jo Ann Hardesty just stepped into office this month.

City staff told The Skanner there is no set date to vote on the agreement, but Mayor Ted Wheeler’s office is considering a February or March vote following a public engagement process.

On Dec. 11 the school board voted to increase the number of days current school resource officers spend in schools, but also to shift funding from Portland Police Bureau to Portland Public Schools. Previously PPB provided officers in schools at no cost to the district; under a new cost-sharing arrangement, the district would pay the police bureau $364,000 this year and just over $1.2 million a year for three years.

Students’ concerns are threefold, Steele told The Skanner. First, they argue it’s not the best use of district funding given schools still have lead in the drinking water and other structural issues, like leaking roofs and asbestos.

“We don’t have a clean, safe learning environment,” Steele said.

Second, research suggests that in the two decades since the Columbine High School shooting the increased presence of cops in schools has led to increased targeting and criminalization of students of color and students with disabilities.

“They think of SROs and they think of somebody that’s supposed to protect us,” Steele said, but instead, more students are funneled into the school-to-prison pipeline.

No SROs PDX organized in November after, students said, they became upset and dissatisfied with the district’s efforts at engagement.

The district solicited feedback at events held in schools but, according to Steele, students got little notice about the board’s impending vote and district officials seemed to want to explain the plan to them rather than gather input.

“What got me interested was it was just really the blatant lack of trying -- the fact that they got students involved so late,” Steele said.

On Jan. 2 about a dozen students gathered in front of Portland City Hall for a press conference and protest to raise awareness about the issue. They continue to organize and make contact through social media – they have a YouTube channel, a Twitter feed and are circulating an online petition – and are looking to involve students from every high school in the area.

“Just because we are young adults, that doesn’t mean we don’t know what we are talking about,” Steele said.