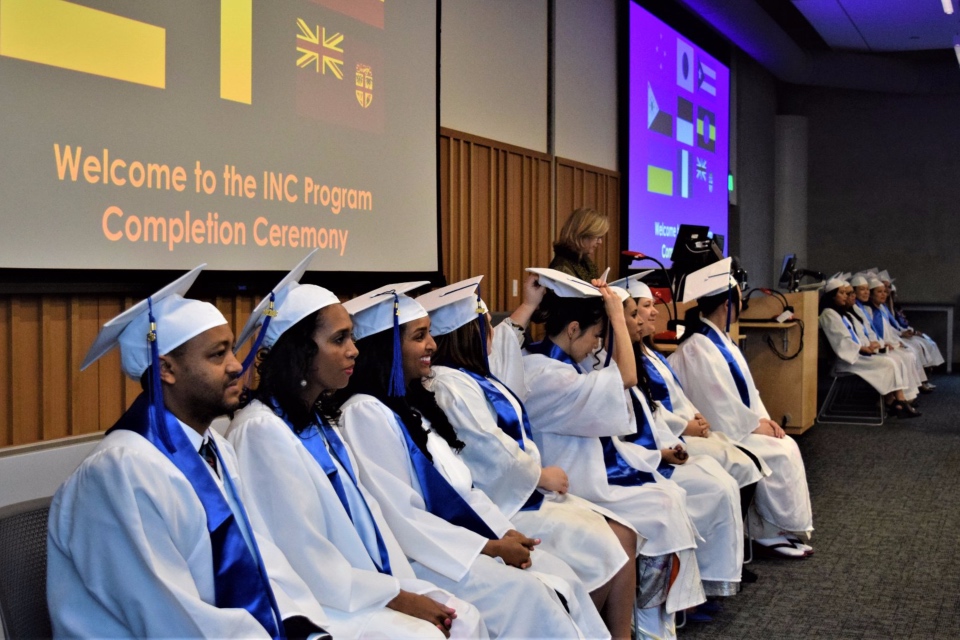 At the close of 2018, sixteen foreign-trained nurses graduated from the Immigrant Nurse Credentialing Program – a landmark project of nonprofit Worksystems and the Immigrant and Refugee Community Organization (IRCO).

The re-entry program allows nurses with credentials outside of the United States to gain their licenses and return to nursing professions in Oregon.

Foreign-trained nurses are often working in industries that are not their own – and well below their skill level.

“This phenomenon, known as ‘brain waste’ is rampant in America and not exclusive to the health care industry,” said Nick Knudsen, business services manager at Worksystems, in a Twitter post following the program’s graduation.

“They had been told in the past that their degree doesn’t matter and that their profession is obsolete.

“Since taking this program their confidence has skyrocketed,” Wehmueller continued.

“They’re also shown they have value beyond their nursing credentials, like bringing different languages and cultural backgrounds to their community.”

The new effort is based on the since expired Workforce Improvement with Immigrant Nurses (WIIN) program, once operating out of Clackamas Community College.

“We attempted multiple grant applications that weren’t successful, despite evidence for the impact of these services being so clear,” Knudsen told The Skanner.

By 2015, their luck had turned. Worksystems was granted $12 million from the Health Profession Opportunity Grants program, under the U.S. Department of Health and Human Services. During the next two years, Worksystems laid the groundwork for the Immigrant Nurse Credentialing Program and eventually partnered with IRCO to deliver it.

“When I watched the first cohort of INC graduates receive their certificates, it dawned on me that this had been a half-decade in the making,” said Knudsen. “And well worth every bit of effort it took to make it come to fruition.”

“For years, our partners in the health care industry have placed workforce diversification at the top of their needs list,” said Knudsen.

“As the community is becoming more diverse, the patient-facing workforce needs to keep pace.”

Worksystems said its partners – which include OHSU, Kaiser, Legacy, and Willamette View, among others – are committed to recruiting diverse, multi-lingual nurse graduates from the Immigrant Nurse Credentialing Program.

Each graduate who passes the NCLEX – a nationwide examination for the licensing of nurses – and obtains their license in the coming months is expected to be employed promptly, according to Worksystems.

The Immigrant Nurse Credentialing Program will begin its second cohort in January 2019. Eligible applicants come to the program largely by word-of-mouth and through referrals from the Oregon State Board of Nursing.

All applicants must be authorized to work in the U.S. and must have worked as a nurse for at least six months outside the country, as well as be English-language proficient.