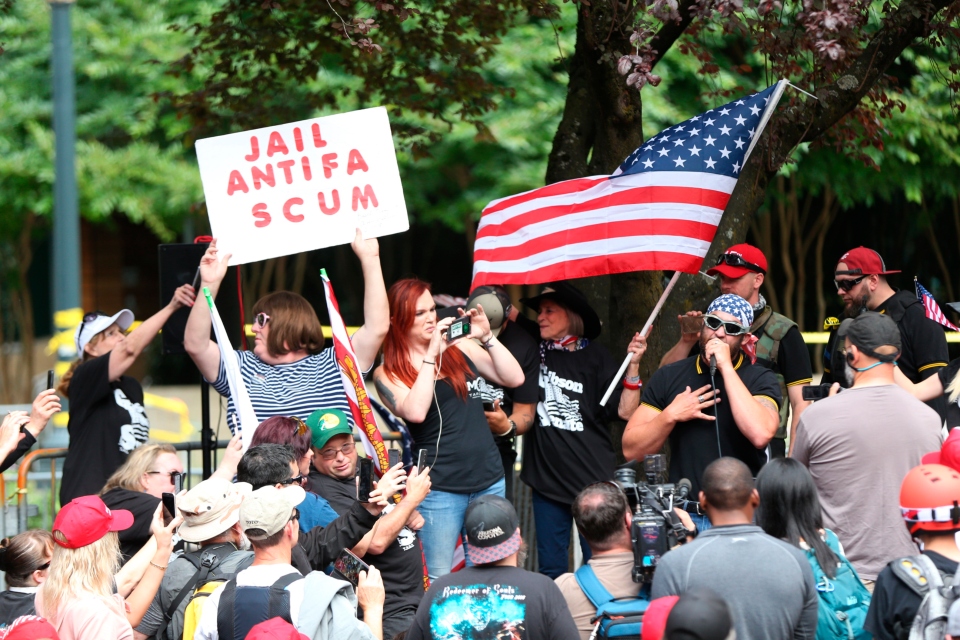 Other top news items of the past 12 months included President Donald Trump's pardoning of the ranchers whose imprisonment sparked a standoff at a remote Oregon wildlife refuge, a fatal cougar attack near Mount Hood and protests in Portland.

1) KATE BROWN WINS: Gov. Kate Brown in November was elected for the first time to a full term and Democrats gained a supermajority in both chambers of the Legislature that will enable them to more easily pass tax-raising measures without needing Republican support. Brown, who prevailed against Republican candidate Knute Buehler, was first appointed governor in February 2015 after Gov. John Kitzhaber resigned. She easily was elected in her own right in 2016 to finish out the term of Kitzhaber, who resigned amid accusations of influence peddling involving his fiancee.

2) HAMMOND PARDONS: A father and son convicted of intentionally setting fires on public land in Oregon were pardoned by President Donald Trump in July.  The sentencing of Dwight and Steven Hammond to mandatory five-year-minimum terms became a rallying cry for those who oppose federal control of public lands and sparked a protest from Ammon Bundy and dozens of others who occupied the Malheur National Wildlife Refuge in 2016.

3) KRUSE RESIGNS: An Oregon state senator announced his resignation in February after an investigation determined he had harassed women in the Capitol building. Sen. Jeff Kruse said he had been deprived of his rights and denied wrongdoing.

4) WILDFIRES: Wildfires in southern Oregon caused the Shakespeare Festival to reduce shows and end early and the region was cloaked in smoke and ash.

6) FATAL COUGAR ATTACK: A 53-year-old woman was found fatally mauled by a cougar in September in the Mount Hood National Forest southeast of Portland. Diana Bober, 55, was an avid hiker. Authorities say her death was the first deadly cougar attack on a human in Oregon history.

7) LE GUIN DIES: Ursula K. Le Guin, the award-winning science fiction and fantasy writer who explored feminist themes and was best known for her Earthsea books, died in January at her home in Portland. She was 88. Le Guin won an honorary National Book Award in 2014. Le Guin's first novel was "Rocannon's World" in 1966 but she gained fame three years later with "The Left Hand of Darkness," which won the Hugo and Nebula awards — top science fiction prizes — and conjures a radical change in gender roles well before the rise of the transgender community.

9) FBI AGENT ACQUITTED: A jury in August found an FBI agent not guilty of obstructing an investigation into who fired two errant shots at a key figure in the group that seized the Malheur National Wildlife Refuge in 2016. W. Joseph Astarita, 41, had been charged with making false statements and obstruction of justice after telling investigators he did not fire the shots that missed Robert "LaVoy" Finicum. Oregon State Police fatally shot Finicum seconds later — a killing that was deemed legally justified.

10) MEDICAID TAX: In a January special election, Oregonians vote to impose a tax on hospitals and health insurers to pay for Medicaid for low-income residents. Several counties that voted for Donald Trump in the 2016 presidential election also helped propel the ballot measure to resounding "yes" vote.