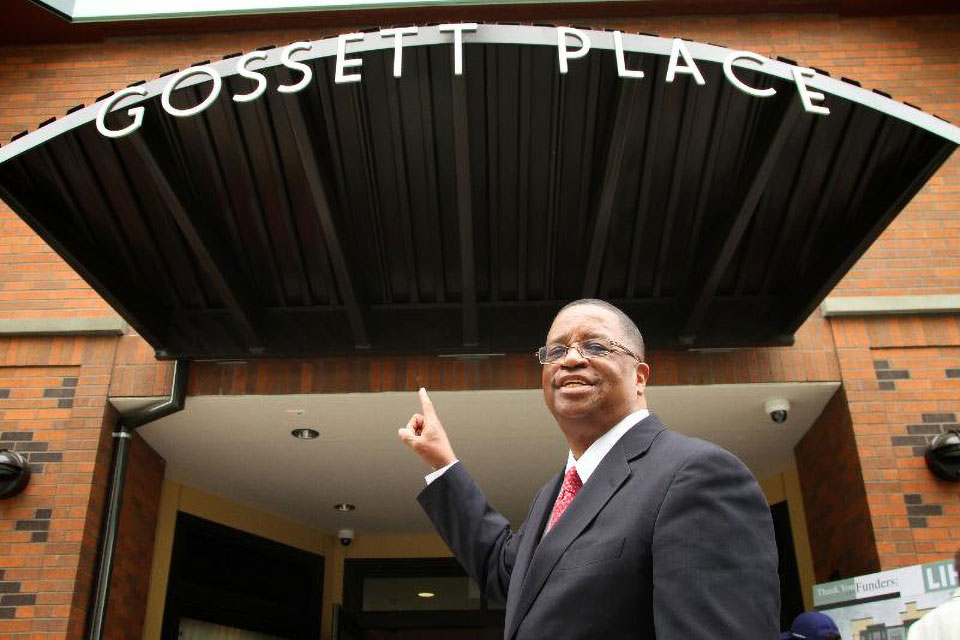 King County Councilor Larry Gossett will be the keynote speaker for The Skanner Foundation’s 33rd annual Martin Luther King, Jr. Breakfast, which will take place from 8:30 a.m. to 10:30 a.m. Jan. 21 at the Red Lion at Jantzen Beach.

Gossett, who was first elected to the King County Council in 1993, represents District 2 (portions of Seattle, Washington, including Capitol Hill, Central District, Mt. Baker, Columbia City, Rainier Valley and Skyway). He served as chair of the entire Council in 2007 and 2013.

A native of Seattle, Gossett helped found the Black Student Union on the University of Washington campus and helped to organize nearly a dozen high school and middle school Black Student Unions throughout Seattle.  He’s credited with bringing about the U.W.'s Educational Opportunity Program minority recruitment program. In the 1970s, Gossett was the first supervisor of the Black Student Division, in the Office of Minority Affairs. From April 1979 until December 1993, he was the Executive Director of the Central Area Motivation Program (CAMP), one of the oldest and largest community action agencies in the city of Seattle.

In 2007 Gossett became just the second African American elected to be chair of the King County Council.

King County logo, before and after the change.In 1999, 13 years after the 1986 change of the county's name to honor the slain civil rights leader, Dr. Martin Luther King Jr., Gossett spearheaded the campaign to change the King County logo from an imperial crown to an image of Dr. King.

Attendees of The Skanner Foundation Martin Luther King Breakfast are asked to bring two cans of food per person for donation.