Seahawks Lose to 49ers in Overtime 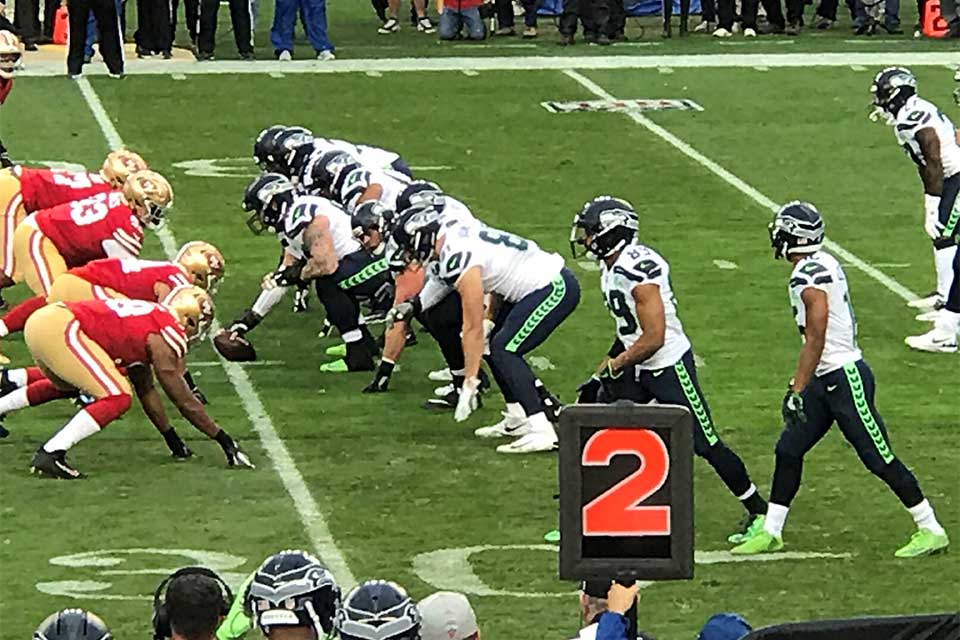 Penalties played a major role in the Seattle Seahawks overtime loss to the 4-10 San Francisco 49ers, snapping the 49ers' 10-game losing streak at a rainy, windy Levi Stadium in Santa Clara, Calif. with a 26-23 victory over the Seahawks.

Seattle finished with an astounding team-record 14 penalties for 148 yards which included 10 penalties after just halftime. The Seahawks opened overtime and had two possessions at the end of the fourth quarter but just couldn’t get over all the penalties and a missed extra point by kicker Sebastian Janikowski that would hang been vital in end and the lack of an attempted tackle on San Francisco’s ensuing kickoff that resulted in 97 yards for a touchdown.

“I don’t know how that could happen but it did, “Coach Pete Carroll said after the game.

“We had 10 penalties in the second half, “Carroll said.

With just a 43-16 win over San Francisco two-weeks ago, Carroll was asked if this is a wake-up call for the team during Monday’s weekly pressconference. “Yeah, sometimes it can be. We’ve got to see how we bounce back from it. We had four really strong games in a row and that’s why there are so many positives.

“It was hard to watch the film. Without the added issue of getting behind on the penalty situation, we would’ve won the game. It’s really clear. It’s not like there’s any mystery of what happened in this game. We’ve jus got to clean it up.”

The 8-6 Seahawks missed a chance to clench a playoff birth with this loss Sunday against the 49ers. The Seahawks can still afford to lose to the AFC West co-leading 11-3 Kansas City Chiefs this Sunday, as long as they secure a victory over the 3-11 Arizona Cardinals at home in two weeks on December 30 in the regular season finale.

“To be honest with you, all it came down to was some penalties, we’ve got to be better.”

Wilson finished 23-of-31 passes with 237 yards and two touchdown passes to Doug Baldwin in his return from injury, one in the second quarter and he also scored the games first touchdown which gave the Seahawks the only lead of the game. Hawks running back Chris Carson ran for 119 yards on 22 carries to tie the game in the fourth quarter.

“We need to get back on the details,” Baldwin said. “Our energy level has to be higher because when you typically have penalties like we had today, I don’t want to say it’s laziness, but it’s a misread or misstep here, a misjudgement here, but you can’t have those, especially in a playoff situation or playoff scenarios.”

The defense held the 49ers to just 133 total yards, two field goals on the second half and sacked Niners quarterback Nick Mullens three times in the fourth quarter. Mullens completed 20-of-29 passes for 275 yards and a touchdown.

“Where we want to go didn’t stop today,” Wilson said. “We will respond, the right way.”