Portland School Board Votes to Pay for Police in Schools 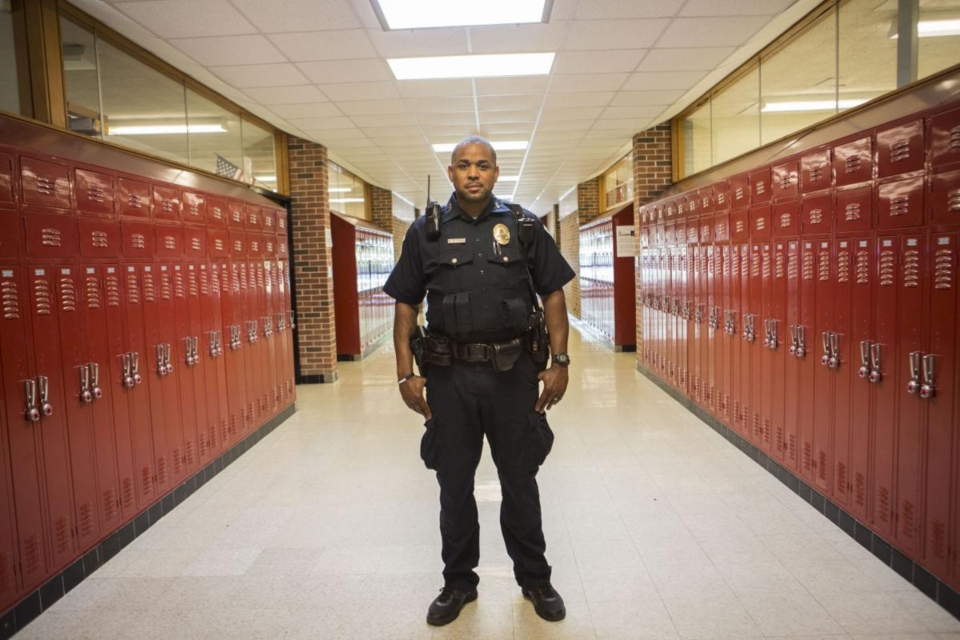 The Portland school board voted Tuesday to approve an agreement to pay police officers for an increased presence in schools.

Students, teachers and parents implored the school board to delay the vote to allow more discussion about whether to spend more than $1.2 million a year on nine school resource officers.

Board member Scott Bailey suggested the vote be postponed until February to get more feedback from the community, but only board member Amy Kohnstamm voted for his motion urging a delay. (That motion also had the support of the board’s student representative, Cleveland High School senior Nick Paesler.)

In The Oregonian, reporter Bethany Barnes wrote that the new agreement has been framed as “merely formalizing a practice that already exists,” but noted that it is actually a new expenditure for the school district. Previously, school resource officers on the Portland Police Bureau payroll have worked in schools three days a week at no charge to the district.

Police, including Capt. Tashia Hager, who testified at the meeting, have argued that the new agreement is necessary due to a tight budget within the police bureau.

Parents, students and community members who testified at the meeting questioned whether the difference made by police officers assigned to schools was worth the cost.

The agreement will go to the Portland City Council.

This story was updated Dec. 13, 2018 to include additional details.