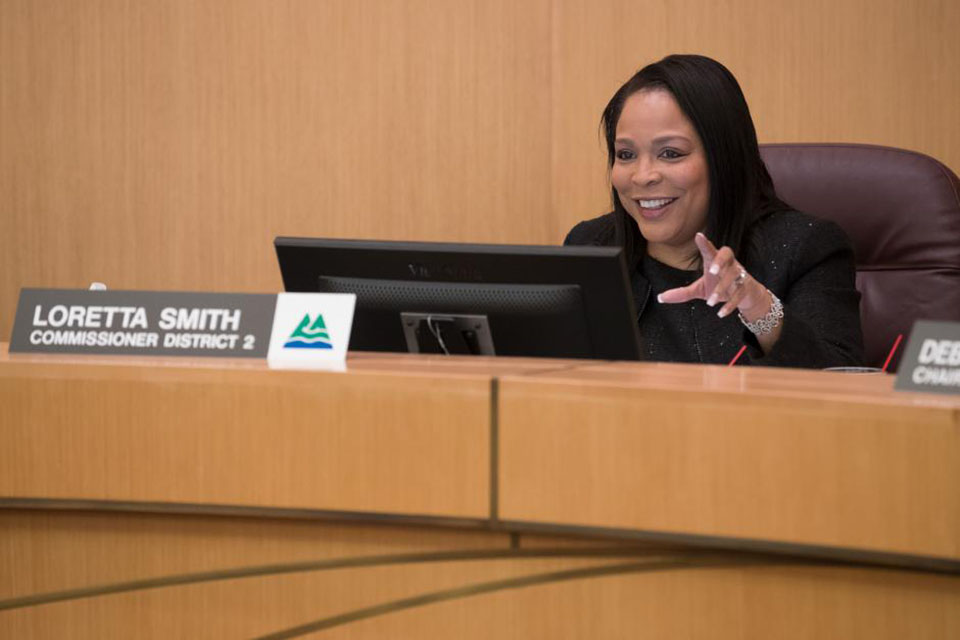 Earlier this month the Multnomah County Commission voted to adopt the Gladys McCoy Standard, which directs the county to interview a qualified member of an underrepresented group – a member of a racial minority, a woman or a person with a disability -- for leadership roles.

It’s modeled on the Charles Jordan Standard, adopted by the city of Portland at the beginning of 2016, and in turn on the National Football League’s Rooney Rule, which the league adopted in 2003 and which requires teams to interview at least one person of color for every leadership position. Oregon adopted an academic counterpart to the Rooney Rule in 2009, requiring colleges and universities to interview a person of color for available coaching positions.

“We named it after Charles Jordan and Gladys McCoy because no one knows who Dan Rooney is unless you’re a Pittsburgh Steelers fan like I am,” said Sam Sachs, a former Portland Parks and Recreation ranger and the advocate who helped push for all three policies. “But we also wanted to honor Charles Jordan and McCoy’s work.”

Jordan served on Portland’s city council from 1974 to 1984 and was the first African American to do so. McCoy, the first Black woman elected to any public office in the state of Oregon, served on the board of Portland Public Schools from 1970 until 1978 and on the Multnomah County Board of Commissioners from 1978 until 1984.

Both Jordan and McCoy have passed away, but Sachs worked with their families to help design the guidelines, and he told The Skanner it was at Jordan’s family’s request that the policy be adopted as a standard and not a rule.

The Gladys McCoy standard directs the county to “ensure that when a competitive recruitment is utilized, the highest qualified candidates of color and highest qualified candidates from underrepresented communities within the county are part of the hiring interview process.” The resolution text also directs the county to create a workgroup to develop new hiring policies to be signed and implemented at the start of January 2019.

It also includes a clause requiring the county to provide metrics that measure progress toward the policy goal. There is no such clause in the Jordan standard and perhaps as a result, Sachs said he’s had trouble getting information from the city about whether it has in fact implemented the recommended hiring practices. He added that academic institutions have varied in their self-reporting about their hiring practices.

There’s also no penalty for not following the guidelines, but that’s not the point, Sachs said.

“I wasn’t looking to punish schools for not doing it but to change their mindset around hiring,” Sachs told The Skanner. Once institutions set out to hire minorities into managerial roles, they often change their hiring and recruitment practices in beneficial ways. And, nine years after the passage of House Bill 3118, Oregon’s universities have more diverse coaching staffs than they once did. Sachs said he’s also talked to Rep. Suzanne Bonamici about introducing legislation that would require the NCAA to adopt its own Rooney Rule.

“I would encourage other private businesses and government agencies to adopt it. It’s a very simple thing and it challenges those businesses to do something differently if they’re not already,” Sachs said.

Video of the Nov. 15 meeting is available online. Testimony on the McCoy Standard begins at 1:10.

“I want to thank [McCoy] for her efforts. I want to thank her for allowing me to stand on her shoulders. And now it is time for me to do something for those who come behind me,” said Commissioner Loretta Smith, who co-sponsored the resolution with Chair Deborah Kafoury. She also noted in her remarks that is the second Black woman to have served on the board of commissioners. Smith’s term is up at the end of the year; she will be succeeded by Susheela Jayapal, the first South Asian woman elected to the seat.

“It was nice to connect the families back to that history. We have so many new Portlanders, and Portland is something like 74 percent White. A lot of people don’t know about Gladys McCoy or Charles Jordan,” Sachs said. “It was nice to say, ‘We still remember you and we are still continuing the work that you did.’”