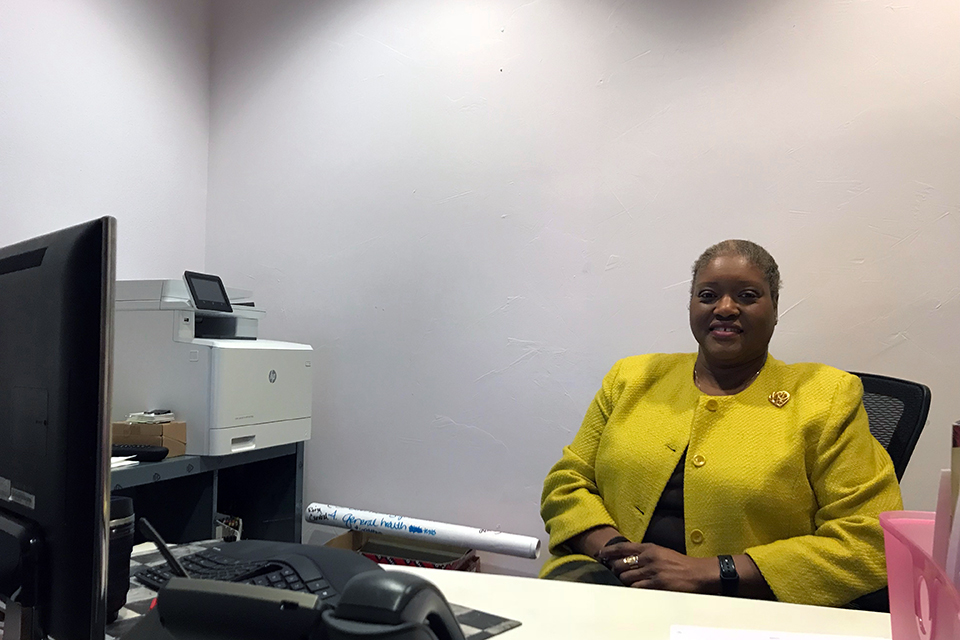 When Mardica Hicks stepped into her role as chief executive officer of the Children’s Community Clinic nearly 10 years, the organization was in transition and she was determined to keep it going.

Hicks had worked at Portland Community College as an administrator and also at Steps to Success, a welfare-to-work program, and as a principal investigator for a joint project between Multnomah County and the Urban League of Portland on transmission of HIV and in the Portland area. Her bachelor’s degree is in economics and her master’s degree is in business administration and finance, but she’s always had a passion for health, and when friends encouraged her to apply for the Children’s Community Clinic she stepped up.

The clinic has been around under its current name and in its current incarnation since 2006, having been previously known as the North Portland Nurse Practitioner Community Health Clinic. When Hicks got involved, it was transitioning to new management and still finding its footing.

Now the clinic finds itself in another time of transition – this time due to the unexpected bankruptcy of one of two umbrella organizations coordinating Medicaid plans in the Portland area. Last December, Family Care announced it would be closing its doors at the end of January.

While the Children’s Community Clinic is open to all children – from birth to age 21 – its focus is to serve lower-income patients and more than 90 percent of its patients are covered by Medicaid, Hicks said, meaning in  recent years the clinic has relied on Medicaid reimbursement funds to operate. The abrupt transition – Hicks said clinics were given no more notice than the general public – threw into question how the clinic would be funded.

“We had already planned our year with the expectation that those funds would be there,” Hicks told The Skanner.

Health insurance providers like Care Oregon have been working to ensure Medicaid-eligible patients continue to get care, and the Children’s Clinic was able to raise funds to replace some of the missing revenue. The clinic is registered as a public benefit corporation with the Oregon Secretary of State’s office and is able to accept donations. But fundraising has not been its focus, Hicks said, and after the passage of the Affordable Care Act in 2010 its focus was on compliance and providing care.

In addition to the other changes, the clinic has a new home: it’s located on the third floor of Lloyd Center Mall, in a part of the shopping center increasingly devoted to medical and dental offices. Previously, the clinic was situated on Northeast Killingsworth Street just east of North Vancouver. The new location is more central and easier for people from around the metropolitan area to get to, due to its proximity to the freeway, increased parking and proximity to more public transit lines, Hicks said.

Hicks said the clinic has a “three-pronged focus” on care: getting kids healthy, helping kids stay healthy and teaching families and kids how to stay healthy.

It’s the last item – the focus on education – that Hicks sees as crucial. Children leave health fairs with an individual health plan. The clinic is also engaged in outreach projects like a student group for young women that started last year at Roosevelt High School and that it hopes to expand to other high schools in the Portland area. Funded partially by the Children’s Clinic and partly by Multnomah County, it’s part of teacher S. Renee Mitchell’s Black Girl Magic program and focuses on sexual and reproductive health.

The clinic’s patient mix is more diverse than that of the Portland area – Hicks said about one-third of its patients are White, one-third are Black and one-third identify as Hispanic or Latino, and a large number of patients speak languages other than English and need language assistance. Of the clinic’s seven medical doctors, some are paid and some are volunteers, and all also practice at other facilities.

“We’re small in stature but large in heart and service,” Hicks said.