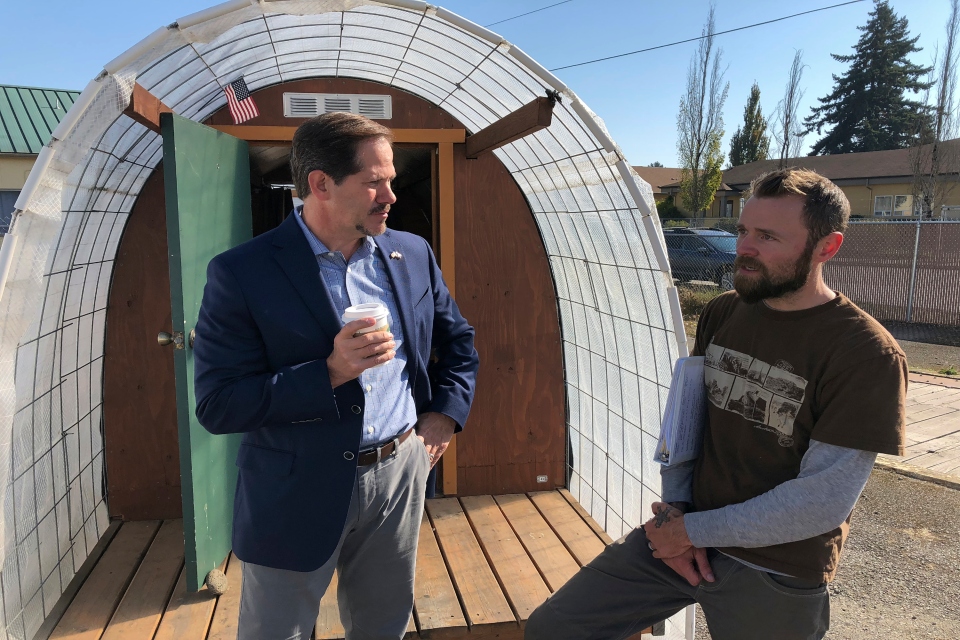 Here are the highlights:

Democrats have occupied the governor's mansion since 1987. But this election Gov. Kate Brown faces a challenge from Republican Knute Buehler, a state lawmaker who describes himself as a moderate and is competitive.

In the Legislature, Buehler represents the town of Bend, which has more registered Democrats than Republicans but where he's nevertheless managed to be elected twice to the Oregon House of Representatives.  He distanced himself from President Donald Trump.

The Democrat Brown is confident a large Democratic turnout - and Independent Party candidate Patrick Starnes dropping out and endorsing her last week - will translate into victory.

People in Oregon will weigh in on a measure that would repeal the state's first-in-the nation immigrant sanctuary law.

Oregon became America's first sanctuary state when it adopted a law in 1987 preventing law enforcement from detaining people who are in the United States illegally but have not broken other laws.

Supporters of Measure 105, the repeal measure, said the law shields people who have committed crimes from potential deportation.

Those who back the sanctuary law say it was passed to address racial profiling.

Measure 106 is an initiative that would ban state funding for most abortions.

It would mean women who receive their health care through state Medicaid would not have insurance coverage for abortions.  The federal government bans Medicaid funding for abortion, except in cases of rape or incest or to save a mother's life.

Oregon is one of 17 states that uses its own money to provide abortions to women eligible for Medicaid.

Under Measure 106, the state Constitution would allow funding for abortion only if a woman is in danger of death because of her physical condition or in cases where funding is required under federal law, which now includes rape and incest.

People in Oregon will decide whether to amend the state Constitution to ban future taxes on groceries.

Out-of-state grocery and beverage industry giants poured millions into the campaign for Measure 103, which was seen by many as a thinly veiled attempt to pre-empt a statewide soda tax.

Former New York City Mayor Michael Bloomberg -- a proponent of soda taxes in other places -- donated $1.5 million in the final two weeks before the election to the campaign against the grocery tax ban.

Opponents said the ballot measure's language was confusing and would create uncertainty about taxes on everything from restaurant meals to farming to the transportation of food to grocery stores.

Oregon is an all vote-by-mail state. Ballots must be received by 8 p.m. on Election Day. Check out the secretary of state's information page for more details.