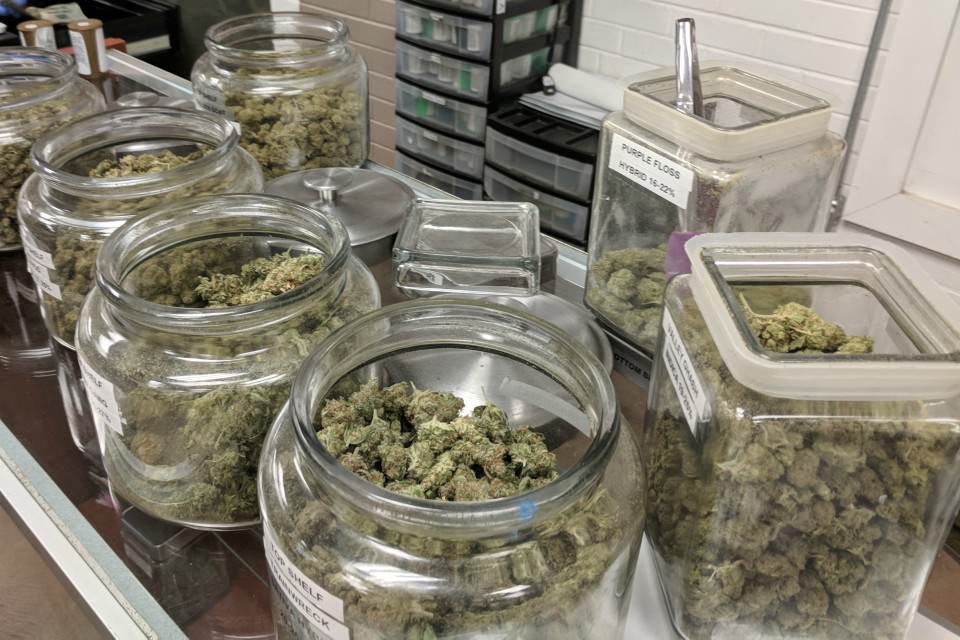 Portland City Council recently passed a milestone in marijuana regulations when it voted to reduce fees for all cannabis businesses in the city.

Already in effect, the new rules decrease the annual license fees from $4,975 to $3,500, as well as lower the cost of both the initial and renewal application fees, and allow all license types to defer payment for up to six months.

Local licensing fees, in addition to those collected on the state-level by the Oregon Liquor Control Commission, can sometimes be a tipping point for small businesses trying to stay afloat in the budding cannabis industry.

“The fees are so high we literally had to stop ordering product, which is going to reduce our customer base and make us look like we’re not on the same tier as other dispensaries because we don’t have the financial backing,” said Tacarra Shaw, a small business owner herself.

Shaw testified in favor of the reductions during the city council vote on Sept. 26, adding that the steep fees affected most aspects of running a business, from paying the electricity bill to scheduling employees.

Jeannette Ward Horton, who assisted in reviewing the language of the new reductions, told The Skanner that these changes were critical. “A lack of access to capital is the biggest barrier for businesses of color, but it’s a barrier for any small business,” she said. “And the licensing fees are just extra and really can break you as a business.”

She recently worked with a cannabis business that had just become operational, but was struggling to pay its licensing fee for the following year. “Something as simple as renewing their license was about to cause them to shut their doors,” she said.

Marijuana businesses in Portland are regulated by the city’s cost-recovery cannabis program, which is solely funded by these very licensing and application fees paid by local cannabis proprietors.

Yet after some careful number crunching, the program found it could lower its fees and still absorb the costs of operating.

“The (new fees) were arrived at by looking at the number of licensees and applicants in the past, how many were renewed, and how many people we think will come through the door in the future,” said Brandon Goldner, program coordinator of the City of Portland Cannabis Program. “Using the numbers that we have, we made a conservative estimate to make sure we’re still taking in enough revenue to fund the program, but not taking in more than we need.”

Among other changes and reductions, the vote also established a Social Equity Program, which offers discounts on licensing fees for small businesses, those whose owners or staff were impacted by cannabis prohibition, and businesses that contract with vendors on the MWESB (Minority-Owned, Women-Owned and Emerging Small Businesses) list.

That support falls in line with recent city legislation which funnels tax revenue from marijuana sales into clearing records of those with past cannabis convictions.

Tacarra Shaw is someone who understands this on a personal level. More than 10 years ago, she was busted over what she called “a crumb” of marijuana in her purse. As a business owner, she would like her record expunged.

“I’m a professional and when my background is looked up, I don’t want anything that’s going to make me look less than what I am, or what I’m capable of,” Shaw said.

To ride the curve of an industry in flux, the city is currently commissioning an independent market study of Portland’s cannabis landscape, aimed at informing the next wave of regulation changes.

Moreover, Portland is compiling a Cannabis Policy Oversight Team, scheduled to meet in February 2019, which will advise the city on all cannabis-related public policies.

According to Shaw, it’s a call to communities of color to weigh in. “Having people of color being a part of these new boards and having a say-so in upcoming policy changes is going to be important for this path.”

Those interested in joining the oversight team can submit an application before Nov. 12 at www.portlandoregon.gov/cannabis/cpot.