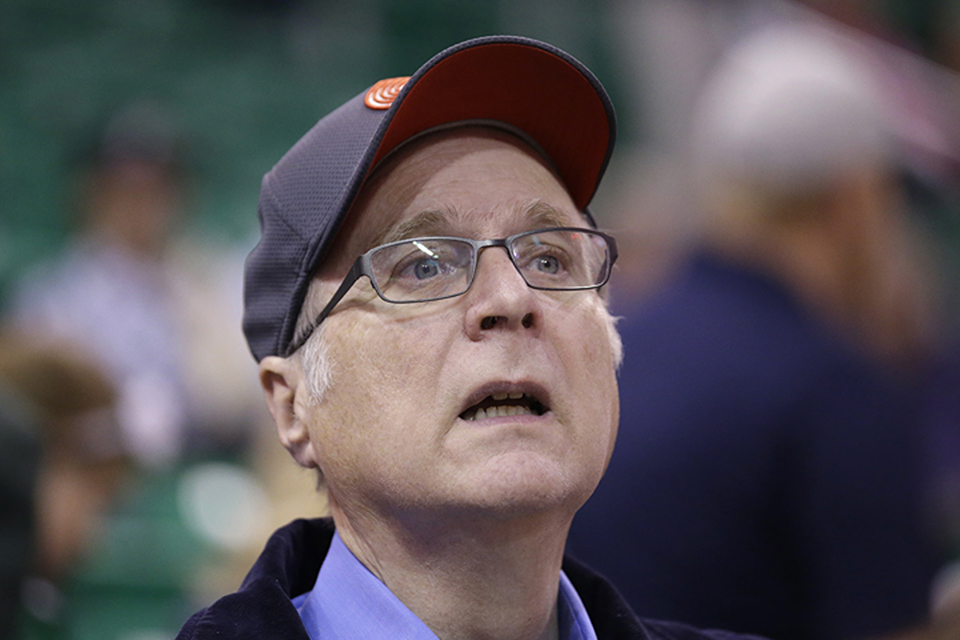 SEATTLE (AP) — Paul Allen, who co-founded Microsoft with his childhood friend Bill Gates, has died. He was 65.

Allen's company Vulcan Inc. said in a statement that he died Monday. Earlier this month Allen said the cancer he was treated for in 2009, non-Hodgkin's lymphoma, had returned.

Allen, who was an avid sports fan, owned the Portland Trail Blazers and the Seattle Seahawks.

The decision thrust Microsoft onto the throne of technology and the two Seattle-natives became billionaires. Both later dedicated themselves to philanthropy.

Over the course several decades, Allen gave more than $2 billion to a wide range of interests, including ocean health, homelessness and advancing scientific research.

The following statements were released today by Vulcan Inc. on behalf of the Allen Family, Vulcan Inc. and the Paul G. Allen network.

"My brother was a remarkable individual on every level. While most knew Paul Allen as a technologist and philanthropist, for us he was a much-loved brother and uncle, and an exceptional friend.

Paul's family and friends were blessed to experience his wit, warmth, his generosity and deep concern. For all the demands on his schedule, there was always time for family and friends. At this time of loss and grief for us – and so many others – we are profoundly grateful for the care and concern he demonstrated every day."

STATEMENT ON BEHALF OF VULCAN INC. AND THE PAUL G. ALLEN NETWORK

"All of us who had the honor of working with Paul feel inexpressible loss today. He possessed a remarkable intellect and a passion to solve some of the world's most difficult problems, with the conviction that creative thinking and new approaches could make profound and lasting impact.

Millions of people were touched by his generosity, his persistence in pursuit of a better world, and his drive to accomplish as much as he could with the time and resources at his disposal.

Paul's life was diverse and lived with gusto. It reflected his myriad interests in technology, music and the arts, biosciences and artificial intelligence, conservation and in the power of shared experience – in a stadium or a neighborhood – to transform individual lives and whole communities.

Paul loved Seattle and the Pacific Northwest. The impact of Paul's efforts can be seen here at every turn. But the true impact of his vision and generosity is evident around the globe.

Paul thoughtfully addressed how the many institutions he founded and supported would continue after he was no longer able to lead them. This isn't the time to deal in those specifics as we focus on Paul's family. We will continue to work on furthering Paul's mission and the projects he entrusted to us. There are no changes imminent for Vulcan, the teams, the research institutes or museums.

Today we mourn our boss, mentor and friend whose 65 years were too short – and acknowledge the honor it has been to work alongside someone whose life transformed the world."

Further information about any funeral or memorial services will be release as it becomes available.