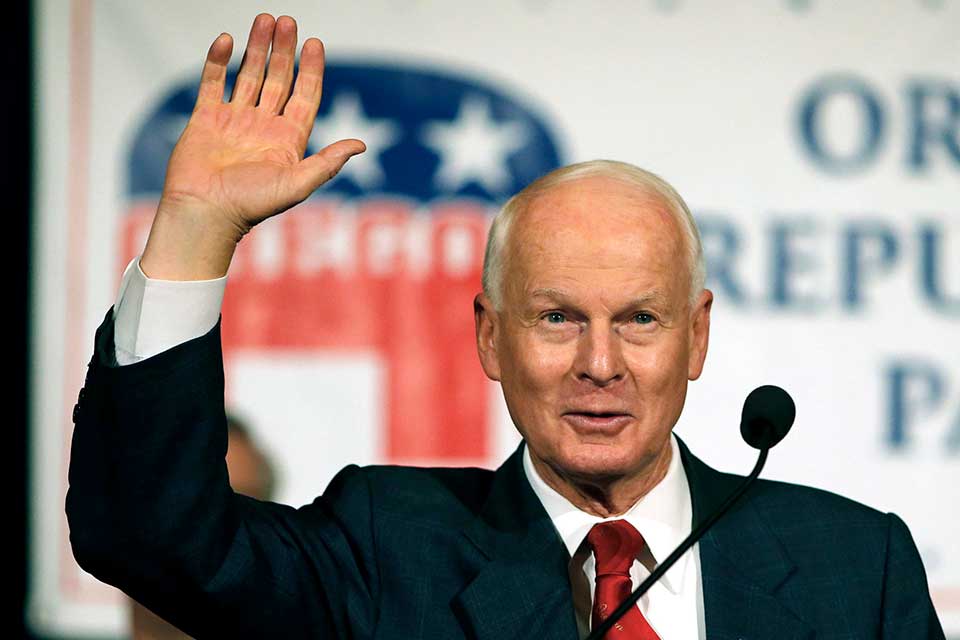 SALEM, Ore. (AP) — In this era of manipulators using social media to interfere in elections, Oregon officials moved Tuesday to use Facebook to bolster participation by contacting inactive voters to remind them to update their registration.

"It's something we must do if we're serious about outreach," Oregon Secretary of State Dennis Richardson said in announcing what he called the first-of-its-kind program.

The initiative comes as Facebook tries to recover from a privacy scandal in which a political consulting firm with ties to President Donald Trump improperly accessed the data of tens millions of Facebook users.

In addition, California-based Facebook stepped up policing of its social network after authorities said Russian agents ran political influence operations on its platform aimed at swaying the 2016 presidential election.

People in Oregon can become an inactive voter after being mailed a ballot or other election material that is returned as undeliverable; not voting or registering in 10 years; if their ballot has been challenged; or if the person is imprisoned on a felony conviction.

Under Oregon law, the right to vote is restored upon release from incarceration.

Richardson's chief of staff Deb Royal said the inactive voter list was cross-referenced with Facebook users who are Oregon residents.

"Facebook users who meet those two criteria will see the placement," Royal said in an email.

The ad features Richardson speaking directly to voters who have been listed as inactive, encouraging them to update their registration to receive a ballot in the mail. A link will be included for voters to take care of their registration, Royal said.

The outreach will run until the voter registration deadline on Oct. 16, his office said.