Wilson's Big Band Among the Finest 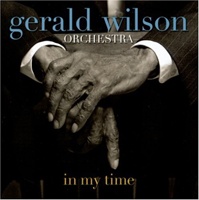 Gerald Wilson is one those legends whose entire being is enveloped in jazz.


He has brought his highly refined musical skills as a composer, arranger, orchestrator, performer and educator to audiences for more than seven decades. This outing with his big band features some of New York's finest players such as baritone saxophonist Gary Smulyan, pianist Renee Rosnes, trumpeter Jon Faddis and others.


CaliforniaState University at Long Beach commissioned the recording's centerpiece, a suite, titled "The Diminished Triangle," which refers to the harmonic possibilities of the three diminished chords.


The first movement is "Dorian," with soloists Rosnes, Sean Jones and KamasiWashington. Rosnes has the lead in the relaxingsecondpart, "Ray's Vision at the U." The final part takes the tempo and intensity up again with soloists Jones, Ron Blake, Dennis Wilson, Luis Bonilla and Russell Malone leading the way.


However, the treat begins even before the suite with track No. 1, "Sax Chase," which celebrates the hard-swinging artistry of saxophonists Blake, Steve Wilson, Jones, Washington and Dustin Cicero.
This is the best big-band CDI'veheardsince Wilson's last release. 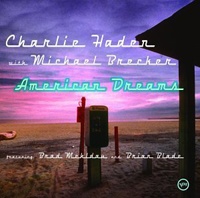 Bassist-composer Charlie Haden should feel extremely proud of this work, which any musician would be delighted to have designated as the cornerstone of his legacy.


Haden states in the liner notes,"Thetitle, 'Dreams,' comes from the dreams that have to do with imagination, discovery and exploration." He calls his work a tribute to the America that could be, that really should be.


The basic group features Michael Brecker, tenor saxophone; Brad Mehldau, piano; Brian Blade, drums; and, of course, Haden on bass. That group is supplemented by a 35-member string orchestra. The music is spellbinding with its lush arrangements of compositionswrittenby Haden, Ornette Coleman, Keith Jarrett, Pat Metheny and others.


Metheny's "Travels" has a gospel ballad-like quality, with a pretty melody. Brecker is heard first, followed by Haden. Brecker is again the featured soloist on "No Lonely Nights," a Jarrett composition with strings softly behind him. Brecker seemingly has all the space he wanted, and he uses it excellently, improvising long passages and never repeating.


Haden's work is impeccable throughout with deep resonant solos, most of them brief and all of them gorgeous.Mehldauis heard in all the right spots, due, of course, to the great arrangements. 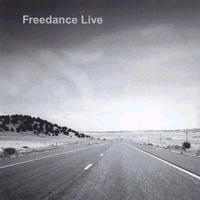 This pianoless quartet is led by New York-based bassist Dave Phillips, who wrote all the material on this release.
Recorded live at the annualRadioFrance Festival in Montpellier, France, it finds its own groove — one that is free, butnottotallyso. Especially noteworthy is theworkofalto saxophonistJohn O'Gallagher. Guitarist Rez Abbasi contributes significantly on guitar and sitar guitar.


For those who are tired of the same old stuff or the tons of re-released discs by the masters, this could be welcome relief.