From Portland to Florence 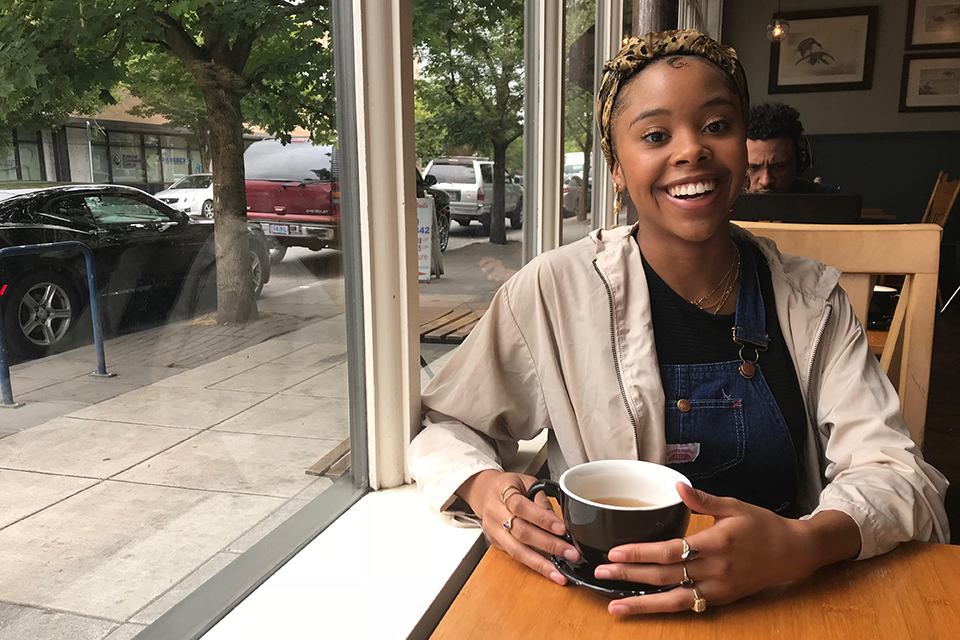 When McKenzie Strong got interested in fashion, she didn’t have to look far for inspiration.

Her maternal grandmother, who lives in Seattle, has a closet full of clothes with stories attached – and has designed shoes and other garments as well.

“I think that style is interesting in the way that people choose to tell their story or tell who they are,” Strong said. 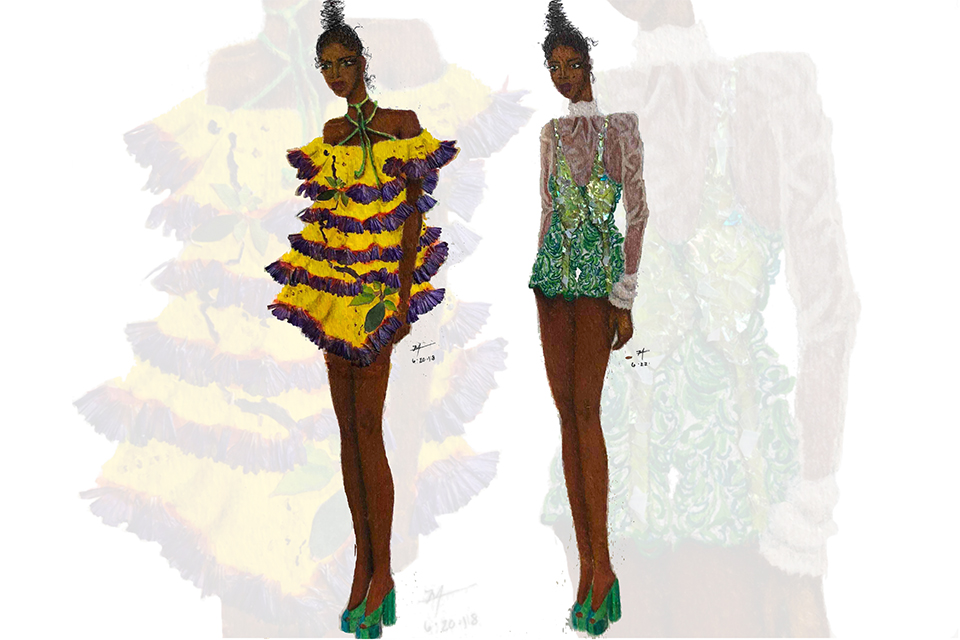 Sample page from Strong's portfolioLearning her grandmother’s stories helped Strong develop a sense of the way fashion intersects with storytelling, history and social justice issues. Now she’s following those interests to Florence, Italy, where she will study fashion design at the Polimoda School this fall.

Strong graduated from De La Salle North Catholic High School in 2016, and initially attended Seattle Pacific University, returning home to Portland to attend classes at Portland Community College after experiencing a glitch with her financial aid. Strong heard about Polimoda through an old childhood friend who had done a gap year in Europe, then enrolled at Polimoda, and got in touch with her through their mothers to suggest she apply. Strong spent time working at a clothing store and learning how to put together a design portfolio to submit to the school.

Strong said she likes gaudy designs and “flash – I like the flash.” She said she is influenced by a few different periods in fashion history, including the mid-twentieth century. She’s also fascinated by African fashion from eras before slavery or colonization.

That interest intersects with Strong’s passion for social justice and for helping marginalized communities. She isn’t sure exactly what she wants to do once she’s finished with her education.

“I want to be the one to tell people’s stories,” Strong said. She also wants to highlight images of people and styles that aren’t always well represented in high fashion or in mainstream culture, and to find a way to help low-income people, women and people of color. “I think starting with the root of it all is to represent people who are underrepresented.”

For now, though, Strong is looking forward to immersing herself in Italian culture. She leaves in mid-September and classes start at the first of October. The curriculum starts with coursework in sewing and design, and allows for collaboration between students with different concentrations.

“I kind of don’t have an expectation for what I experience, Strong said. “I want to be open and sensitive.”

Strong is also not afraid to create art that causes a stir. Her portfolio includes a series of charcoal drawings focused on childbirth, the first of which was controversial when they were part of a student art display at Clackamas High School. (She later transferred to a virtual academy before enrolling at De La Salle.) The initial kerfuffle made her double down and add to the series; while the scenes show partial nudity, they just portray real life, she said.

“Everything I do kind of stems from that rebellion and pride. I’m very proud of where I come from and who I come from,” Strong said.