Oregon Police Chief Orders Review of Use of Force at Protest 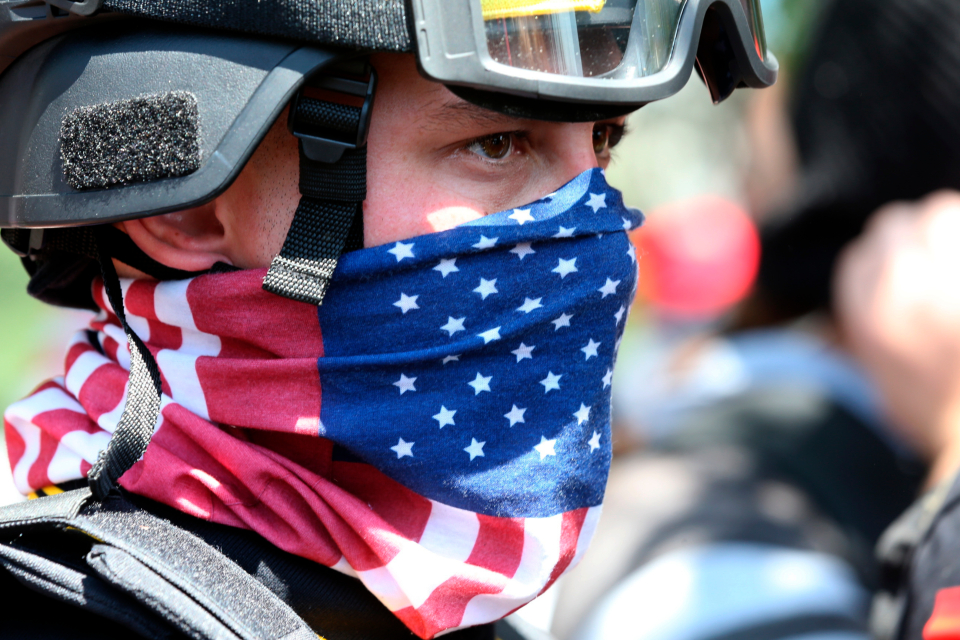 Portland police were accused Sunday of being heavy-handed against people protesting a rally by extreme-right demonstrators, reportedly injuring some counter-protesters and prompting the city's new police chief to order a review of officers' use of force.

Police in riot gear tried to keep the two groups apart, many of whom had come on Saturday dressed for battle in helmets and protective clothing. Dozens of the extreme-right protesters were bussed to Portland, one of America's most liberal cities, from nearby Vancouver, Washington.

Saturday's clashes were the most recent of several this year in the city as right-wing militants converged, met by counter-protesters, including members of anti-fascist, or "antifa," groups. City officials have struggled with striking a balance between free speech and keeping events from spiraling out of control.

But on Saturday, some said police seemed to act mostly against those protesting the presence of the extreme-right demonstrators, using stun grenades and what appeared to be rubber bullets against them.

Police "targeted Portland residents peacefully counter-protesting against racist far-right groups, including white supremacists, white nationalists, and neo-Nazi gangs," the Oregon chapter of the Council on American-Islamic Relations and the Portland chapter of the Democratic Socialists of America said in a statement. It called on officials to investigate.

The head of the Oregon branch of the American Civil Liberties Union also criticized the way the Portland Police Bureau handled the demonstrations.

"The Portland Police Bureau's response to protest is completely unacceptable in a free society," David Rogers said in a statement issued Sunday night.

"The repeated use of excessive force, and the targeting of demonstrators based on political beliefs are a danger to the First Amendment rights of all people. We call on the Portland Police Bureau, Mayor Wheeler, and Chief Outlaw to immediately end the use of weapons, munitions, and explosives against protesters."

Police ordered the counter-protesters to disperse, then moved in behind a volley of stun grenades. One of the rounds reportedly hit a counter-protester in the head, becoming embedded in his helmet and injuring him. One woman was taken to a hospital after being hit in the arm and chest with a "flash-bang" grenade, local media reported. The blasts echoed through downtown Portland.

Police Chief Danielle Outlaw, who assumed command less than a year ago as Portland's first African-American female police chief, said in a statement Sunday she takes all use-of-force cases seriously.

Outlaw directed the professional standards division to begin gathering evidence to determine if the force used was within policy and training guidelines. The Office of Independent Police Review will be provided with the information for review and investigation.

Saturday's incidents started with demonstrators aligned with Patriot Prayer and an affiliated group, the Proud Boys, gathering in a riverfront park. The Proud Boys has been characterized as a hate group by the Southern Poverty Law Center, which is "dedicated to fighting hate and bigotry and to seeking justice for the most vulnerable members of society."

Hundreds of counter-demonstrators faced them from across the street, holding banners and signs with messages such as "Alt right scum not welcome in Portland." Some chanted "Nazis go home."

Officers stood in the middle of a four-lane boulevard, essentially forming a wall to keep the two sides separated.

The counter-protesters were made up of a coalition of labor unions, immigrant rights advocates, democratic socialists and other groups.

Patriot Prayer also has held rallies in many other cities around the U.S. West, including Berkeley, California, that have drawn violent reactions.

Gibson disputed the group's classification as a hate group.

"We're here to promote freedom and God. That's it," Gibson told Portland TV station KGW. "Our country is getting soft."