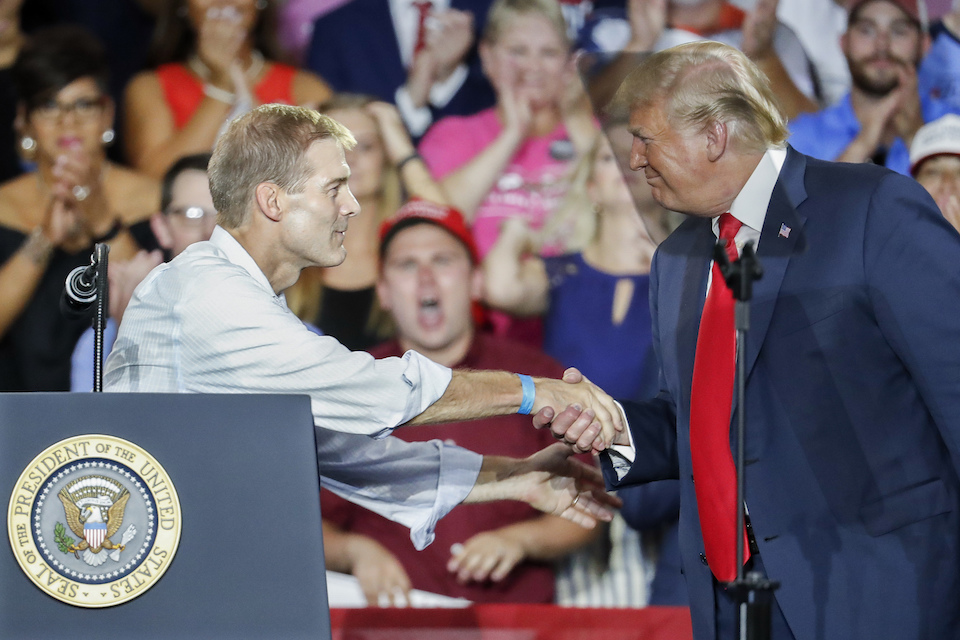 LEWIS CENTER, Ohio (AP) — Embracing his breakneck return to campaign politics, President Donald Trump on Saturday argued that Republicans needed to control Congress by casting the midterms as a referendum on himself.

In a raucous rally in a sweltering gymnasium north of Columbus, Ohio, Trump pitched for the GOP candidate up in a special election next week and defiantly questioned the idea that, historically, the party that controls the White House suffers in the midterms, declaring "but I say why?"

"Why would there be a blue wave? I think it could be a red wave," Trump said of his party's prospects in November.

"They want to take away what we've given. And we're doing a lot of things people don't even know about."

Though boisterous and bellicose, Trump steered clear of the trouble he stirred up the night before when he blasted one of Ohio's favorite sons, LeBron James.

In a late-night tweet, Trump derided the intelligence of one of the nation's most prominent African-American men.

The attack on James, who has been critical of Trump, came just as the NBA superstar opened up a school for underprivileged children. 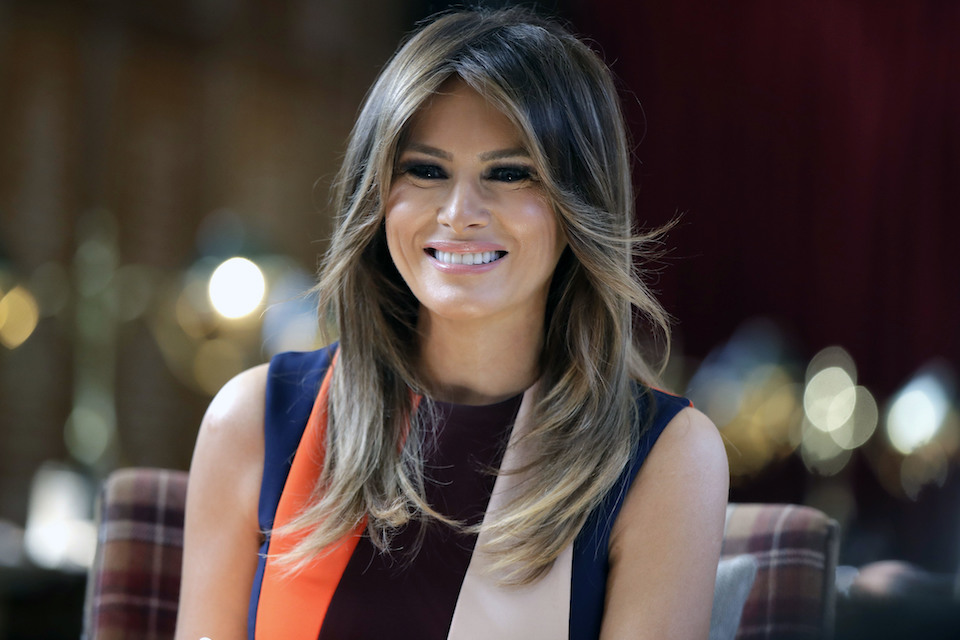 PHOTO: First lady Melania Trump pictured during a visit to London, Friday, July 13, 2018. On Saturday MrsTrump stepped away from her husband’s criticism of NBA star LeBron James to compliment his work on behalf of children and even offer to visit his school for at-risk children. “It looks like LeBron James is working to do good things on behalf of our next generation and just as she always has, the First Lady encourages everyone to have an open dialogue about issues facing children today.” Mrs. Trump’s spokeswoman, Stephanie Grisham, said in a statement Saturday, Aug. 4, 2018. (AP Photo/Luca Bruno, Pool)

First lady Melania Trump, in a statement, distanced herself from the broadside, which was widely viewed as a racial dog whistle, and praised James' efforts.

But while he didn't mention the Akron native, he did invoke similar rhetoric while training fire on one of his new favorite targets, Democrat Rep. Maxine Waters of California.

The president tore into Waters, who is also black, calling her "an extremely low IQ person."

Flanked by signs that read "Promises Made" and "Promises Kept," Trump dished up plenty of red meat to the sweaty crowd.

He blasted the media as "fake news" and said journalists "were terrible people."

He went on a screed against illegal immigration and exaggerated the threat of violent gangs like MS-13. And he basked in cheers as the crowd chanted the campaign staple rallying cry, "Build the wall, build the wall."

And Trump touted his supporters as "forgotten no more," saying that they, and he, were the nation's true "elite."

"The elite. They're more elite than me? I am better everything than they have, including this," Trump said, pointing at his own head.

With Sanford, he mocked the time Sanford vanished to hike "the Tallahassee Trail," which was likely meant to be "the Appalachian Trail."

He also gave an onstage hug to Rep. Jim Jordan, who is under siege after allegations that, as an assistant wrestling coach at Ohio State University, he knew of alleged sexual abuse by a team doctor but did not report it.

Jordan, who has denied the charge, has announced his plan to run for speaker of the House.

"Jim Jordan, how great is he?" Trump said. "What a great defender he's been, what courage. He's a brave, tough cookie."

He touted Balderson's record on crime and immigration and claimed that O'Connor, if he won, would be a "puppet" of Nancy Pelosi, who stands to reclaim the title of speaker of the House if Democrats seize control of the body this fall.

He again attacked the news media and blamed them for incorrectly reporting that he was backing Rep. Steve Stivers in the special election — even though Trump himself in recent days had inadvertently tweeted his support for Stivers, who is in a different race, before correcting himself.

He also defended his trade policies and, at one point, seemed to suggest that the markets would be up another 40 percent without his tariffs — but said the measures were needed or the nation would eventually have to "pay the piper."

The Ohio rally was Trump's third of the week and he has pledged to accelerate his pace further as the midterms approach. He traveled to the Columbus area from his golf course in Bedminster, New Jersey, where he is in the early stages of an 11-day vacation.

He was joined by a familiar face on Air Force One: Hope Hicks, his longtime campaign staffer and White House communications director, who departed the administration earlier this year.