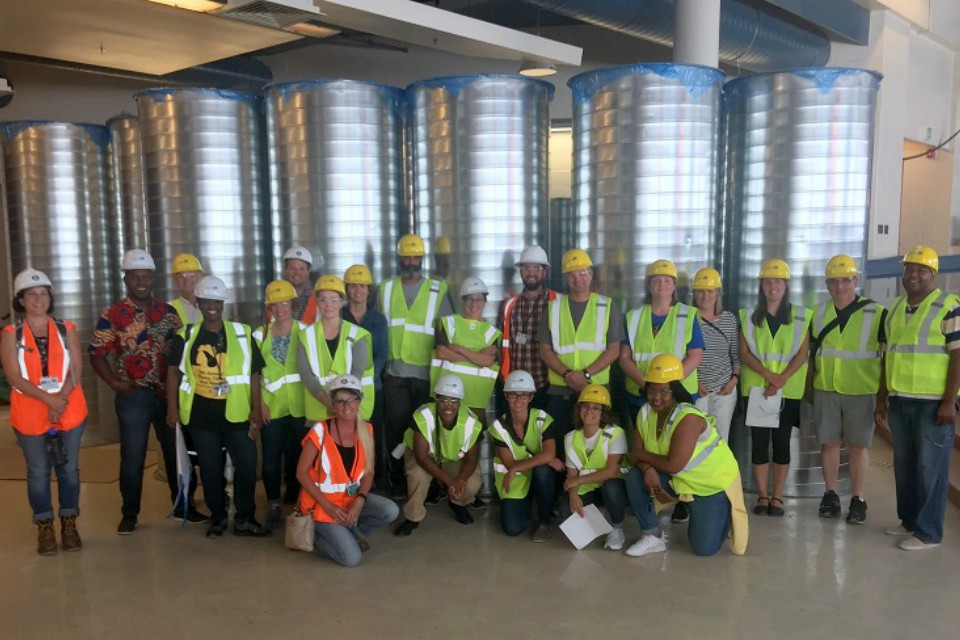 As a young woman, Natasha Butler remembers watching students of Harriet Tubman Middle School board the Number 4 bus from the window of her father’s business on Williams Avenue.

Decades later, Butler will be the proud principal of that very same school when it reopens this fall after closing its doors in 2012.

“Tubman represents the community we used to work and reside in, which has drastically changed,” she told The Skanner. “It’s an opportunity to preserve what I believe in many instances has been lost.”

To celebrate the school’s rebirth, Butler had organized a celebration in July for former students and faculty, intended to highlight the talents of Tubman’s alumnae and build a new community of partners.

Due to structural reorganizing within PPS, however, the district canceled the event, pending a later date.

“It required more PPS support than was provided,” said Butler.

“I was greatly disappointed and I feel not enough momentum was put behind it.”

The new principal – who has extensive experience working with Title 1 programs and underserved communities – points to the new executive leadership within PPS, which she says has little to no historical ties to Tubman or the surrounding community.

“They’re bringing people into the fold that have either never worked for PPS, or are not even from Portland,” Butler said. “It’s hard to really encourage people to be participants when they have no connection to the past.”

And the past has not always been kind to Harriet Tubman Middle School.

Its opening in 1982 represented a monumental win against institutional racism within the school system.

At that time, African American students were being bused from their North and Northeast neighborhoods to attend some 32 predominantly White schools around the metropolitan area, as part of PPS’s integration practice implemented during the 1960s.

But with fierce protest from groups such as the Black United Front, the school district eventually agreed to open Harriet Tubman Middle School at the Eliot Childhood Education Center.

The decision to reopen Tubman coincides with the city’s “Right to Return” strategy, which aims to give housing preference in historically Black North and Northeast neighborhoods to families who were ousted from them through gentrification.

Likewise, the school district has reserved 50 seats at Tubman for children of displaced families. PPS told The Skanner that to date, fewer than 10 have applied, but it expects more as the school gets up and running.

Yet what should be a joyous occasion to resurrect a symbol of educational equality is undergirded by concerns over poor air quality in the neighborhood.

Tubman is located at 2231 N Flint Avenue in the Eliot neighborhood. Directly behind its playground is the Interstate 5, over which some 100,000 vehicles and diesel-fueled trucks commute daily.

Moreover, the poor air quality is likely to be exacerbated by a widening on both north and southbound sides of the I-5 to relieve congestion. The extension will bring the highway even closer to Tubman.

A recent analysis by scientists at Portland State University found that many air pollutants measured at Tubman – including black carbon, carbon monoxide, and nitrogen oxides – are elevated compared to Portland’s background benchmark.

The study also offered recommendations to mitigate the toxins.

“Student outdoor activities be limited at Harriet Tubman Middle School, especially during high traffic periods,” states the first of a five Key Recommendations in the report.

For Ron Herndon, founder of Albina Head Start and longtime education activist, the new information is puzzling in regards to the timeline.

“Tubman was originally slated to open in 2016 – 2017,” Herndon told The Skanner. “It is difficult to understand why these concerns were not addressed earlier.”

For the moment, nothing.

“It will be interesting to see if there will be any final decisions to do monitoring at other schools,” John Burnham, interim senior director of environmental health and safety at PPS, told The Skanner. “But that hasn’t been pursued, except simply talked about. There’s no plans right now.”

Burnham added that there are thousands of schools across the country that are in similar situations, but he’s hoping PSU’s report will ignite discussions within other districts about testing their own air quality.

Where Tubman is concerned, PPS is spending $12.5 million to outfit the middle school against the air quality, which includes an HVAC system with multiple layers of filtration to cut down on pollutants.

“I can almost guarantee you that there is no other school in the country that has a system like this,” said Steve Simonson, senior project manager at PPS. “It’s probably going to be some of the cleanest air in the city of Portland.”

Problems concerning outside air, however, are unresolved.

“But that’s in the future,” said Burnham. “There’s no plan to do that prior to the school opening or even shortly afterwards.”

In the meantime, Natasha Butler is doing her part to make Tubman’s transition smooth.

“I’m a mom of a middle school child myself, so I’m both personally and professionally invested to see that this is off to a successful start.”