Oregon DOJ to Clean Up Data 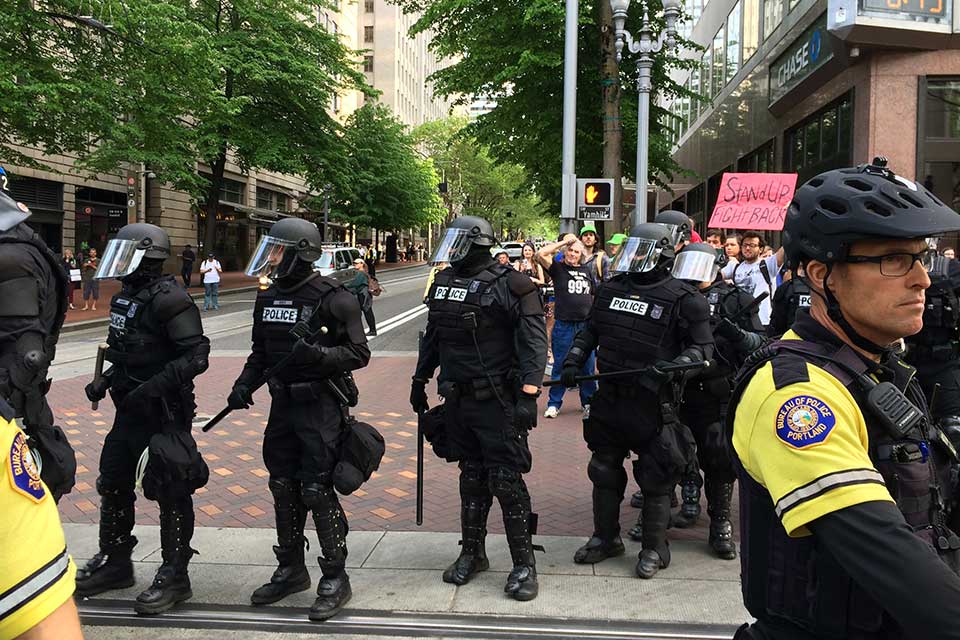 The Oregon Department of Justice says it will review the listings on their law enforcement use-of-force webpage, after advocates found numerous factual errors on a database meant to help in accountability and planning efforts around the state.

The database was created as part of SB 111 passed in 2007, which required law enforcement agencies to compile and submit reports on their uses of force. (Read through that database)

The goal is to help local jurisdictions plan more effective procedures around what officers -- from police to sheriffs and even FBI agents -- do on the streets. And it has; most law enforcement jurisdictions around the state now have posted “deadly force plans.”

But the law also required the Oregon DOJ to compile reports describing trends in use of force and periodically notify the public about them.

Instead, as The Skanner reported in 2014, the DOJ, led by Attorney General Ellen Rosenblum, at first simply failed to follow the law, saying the department “forgot” it was passed; later, officials said they didn’t have the money to compile the data and so were simply forwarding reports of death and injury by law enforcement to the health division.

Last week The Skanner reported that now, the DOJ has collected the reports, but without checking them for accuracy.

Errors uncovered online by nonprofit watchdog group Portland Copwatch -- which first brought the issue to light in May -- included blank listings, wrong dates and a completely incorrect narrative regarding the Portland Police killing of Aaron Campbell in 2010.

One of the most far-reaching and divisive events in modern Portland history, Campbell’s killing by Portland Police Officer Ronald Frashour -- and failed efforts by the City of Portland to fire him for the shooting -- led to years of ineffective policy, legal battles and bitter community protests.

Campbell’s death resulted in a record $1.2 million wrongful death settlement with his family by the City of Portland, to avoid a federal civil trial in the case -- in which City attorneys would have been expected to defend Frashour’s actions even though he had been fired by the City for those same actions.

The DOJ last week said they are reviewing the errors on their website and making changes.

“I wanted to let you know we are in the process of cleaning up our current database, and changing some of our internal protocols,” wrote Oregon Department of Justice spokeswoman Kristina Edmunson in an email last week.

“We also would like to do more than a cursory review of that data when we receive it.”

By contrast, no such errors appear within the interactive database on Portland Police uses of force hosted on the City of Portland’s Independent Police Review division, built by staff there.

The IPR’s page describes its methodology in creating the database and lays out the IPR’s use of force review process.

The page also includes an Officer Use of Deadly Force Incident Map (2010-2018) that gives the user options to easily examine the numbers in six different ways, including by gender, race/ethnicity, by Portland Police precinct and more.

The IPR’s use of force page also features clickable line-graphs where users can take a closer look at statistics on police complaint cases under investigation, including results of Grand Jury reviews on whether officers were right to use force or not.

The Portland IPR page even gives users the option of downloading all their data in a text file, potentially allowing anyone to create their own graphics, widget or documentation app on police accountability within the City.

The Oregon DOJ says the errors arose on their database because of an automated reporting system that lacked safeguards for accuracy.

“To encourage reporting, we updated our website so that law enforcement could comply with SB 111 by filling out an online form,” the spokesperson wrote in a statement to The Skanner. “We review the information provided to determine whether it is legitimate (e.g. not a prank) before it is published. We do not edit the information submitted by the agency for content.” (You can take a look at that form here.)

According to DOJ staff, SB 111 (2007) required law enforcement agencies to submit certain information about an officer-involved use of force that results in a death. In turn, DOJ is required to periodically publish the information submitted by law enforcement.

“In the past, reporting from law enforcement was sporadic to non-existent and we did not publish any information,” the spokesperson wrote.

“A few years ago, in light of your reporting, we updated our process. We created an online database to publish the information required by SB 111.

“To do this, we had to recreate all of the past reports we were missing to populate the database. So, some of the information you see today was recreated by DOJ (and not just submitted from a law enforcement agency).

“Like I said, we are in the process of reviewing all of this information.”

NOTE: The Skanner Use of Force Map, in partnership with Portland Cowatch, includes all uses of force reported in the media or through public platforms.