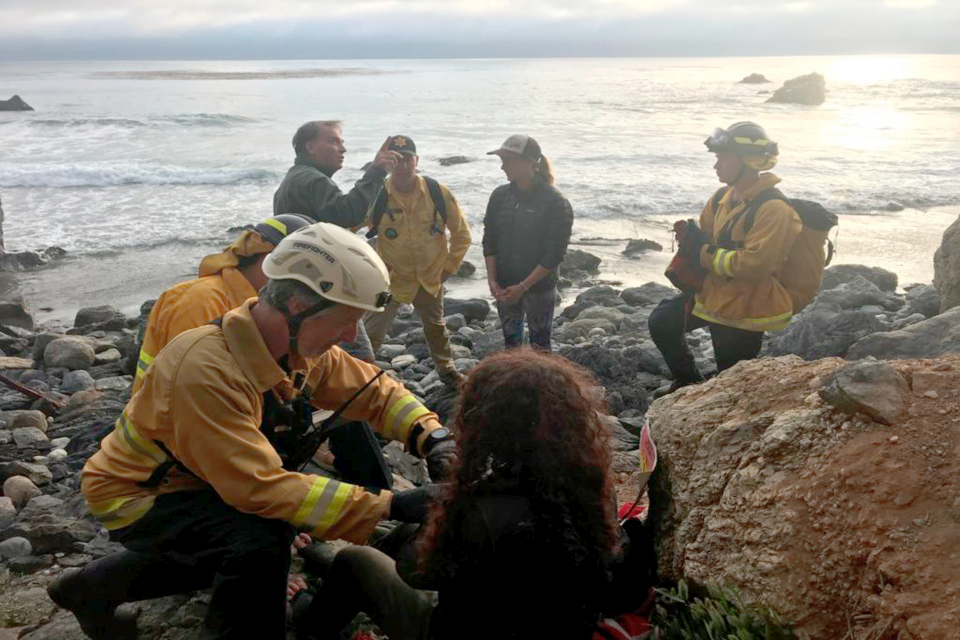 MORRO BAY, Calif. (AP) — A couple on a camping trip found a missing Oregon woman who had survived for nearly a week after her car went over a cliff in coastal California, authorities said.

Chelsea and Chad Moore were hiking near Big Sur on Friday when they spotted a Jeep Liberty at the bottom of a 200-foot (60-meter) coastal bluff, the Sacramento Bee reports. They gathered items from the scene, including the Jeep's license plate, to bring to authorities. About 30 minutes later they located the driver, Angela Hernandez, who was injured but stable.

Chad Moore stayed with Hernandez on the beach, while Chelsea Moore ran to call 911.

Authorities used climbing gear to reach Hernandez, who told authorities that she lost control after swerving to avoid hitting an animal.

The 23-year-old had been missing since July 6.

To stay hydrated, Hernandez reportedly used a radiator hose from her vehicle to siphon water from a nearby stream.

Hernandez was airlifted to a hospital.