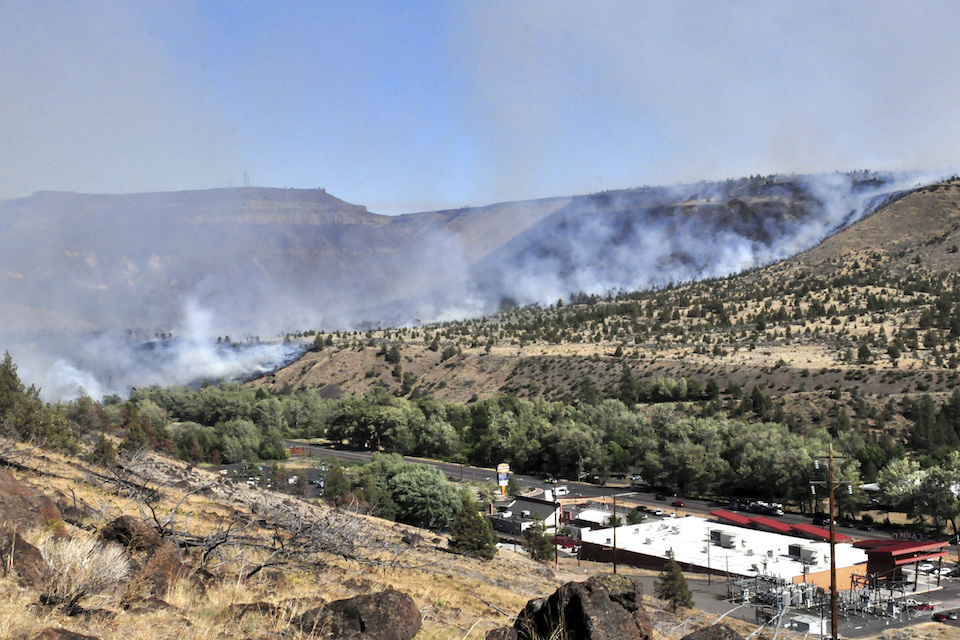 SALEM, Ore. (AP) — Members of the Warm Springs Hotshots were getting ready to head home when the radio buzzed — a wildfire had started — and the elite crew launched into motion to tamp down the blaze in the sagebrush of eastern Oregon's foothills.

The blur of activity in late June would be familiar to every wildland firefighter, but the Warm Springs crew is one of only seven Hotshot crews based on a Native American reservation and overseen by the U.S. Bureau of Indian Affairs. It's also one of only four administered directly by a Native American tribe.

The country's more than 100 Hotshot crews — consisting of about 20 members each — are trained to work in remote areas for long periods and often respond to large, high-priority wildfires. Members must pass arduous physical tests and undergo training in specialties like fire behavior.

Gaining certification as a crew can take years. 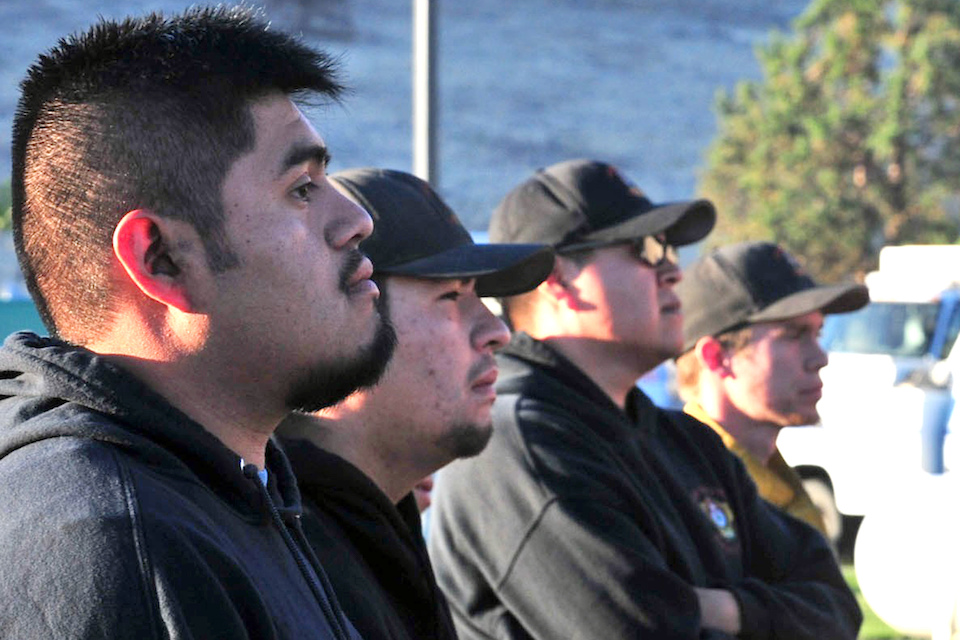 For those based on Native American reservations, the Bureau of Indian Affairs has a hiring preference that selects tribal members first.

Most Warm Springs Hotshots belong to one of the three Confederated Tribes of Warm Springs and live on the sparsely populated reservation about 100 miles (160 kilometers) southeast of Portland.

Darron Williams, a Hopi tribal member and head of fire prevention for the Bureau of Indian Affairs in the Pacific Northwest, put it another way, describing modern prescribed burning techniques as tying into traditional understandings of the role of fire — and people — in the ecosystem.

The Warm Springs crew has a unique connection to the community, but members had to overcome tensions elsewhere in its early years.

Glenn Smith was a supervisor on the team in the late '80s and early '90s, shortly after it gained the elite status.

Back then, Smith recalled, the crew's members stood out — and were sometimes singled out, arriving at fires to find themselves assigned work normally reserved for less-qualified crews.

Hotshots are "usually up in front with the flames," Smith said. The superintendent at the time, he added, "would always have to go up there and tell them, 'No, we're a Hotshot crew.'"

Once, recounted current superintendent Gary Sampson, the crew showed up at a wildfire in another state only to be made to wait in camp for three days while other crews were sent out.

"We were just sitting together, playing cards," Sampson said, adding that he was a junior crewmember at the time. "We could see the fire on the hill right above us."

Over time, the crew earned a reputation for hard work, and younger members described such tensions as mostly something they had only heard about.

Overwhelmingly, members described the Warm Springs Hotshots' unique identity in positive terms, as a commonality that draws the group together and connects it to the tribal community.

It's not uncommon to have relatives working on the crew — its members currently include a pair of brothers — or successive generations cycling through, Sampson said.

The connections extend beyond the crew itself.

A small wildfire recently sparked dangerously close to the outskirts of Warm Springs, and community members including Austin Smith, 67, parked on an overlook to watch its progress.

As crews from around the area fought the fire, Smith, a distant relation of Glenn Smith, described a tribal tradition of digging graves by hand.

Some families still follow the practice, physically arduous as it is.

"If the family wants to do it by hand and they ask the Hotshots to help them, they will," Smith said.

In winter, the crew also is known to cut wood for tribal elders, and in the summer to clear flammable brush and grass from around their homes.

"They're a vertebra," Smith said. "They hold up the people."