Disabled Oregonians Now Able to Save Without Losing Benefits 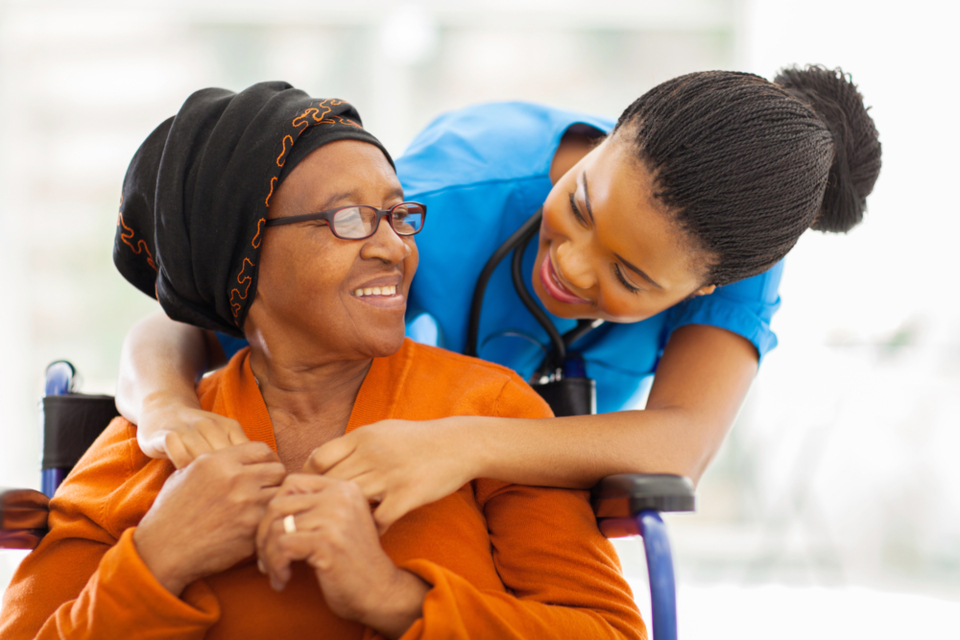 Sandy resident Joseph Lowe recently landed his first job. That may not seem out of the ordinary, except that he's 42.

Lowe has arthrogryposis, a condition that limits movement in his joints, and he uses a motorized wheelchair to get around. As a person with a disability, he was forced to remain in poverty most of his life to qualify for benefits he needs to survive, particularly Medicaid health coverage.

Those benefits are only available to those with limited assets. That prohibits people from accumulating property, vehicles and more than a limited amount of money. If someone receiving benefits were to go over the limit, they would be disqualified. It could take months or even years to requalify for benefits.

But Oregonians with disabilities are now able to save money without bumping up against these limits with ABLE Savings Plan accounts.

"If someone without a disability has the right to save up money and get married and buy houses or whatever they need, then people with disabilities should be able to do the same," said Lowe. "It's kind of shame that it took the ABLE savings program to create a method to save without impacting our benefits, but hopefully a lot of people learn of it and start taking advantage of it."

Congress signed the ABLE Act into law in 2014 to encourage people with disabilities and their families to save money, but it was up to each state to implement it. Oregon officially signed it into law in 2016. The program is run by the Oregon State Treasury.

According to 2016 census estimates, almost 600,000 people in Oregon, nearly 15 percent of the state's population, have a disability.

To be eligible for Oregon's ABLE program, the person must live in Oregon and have a disability that developed before age 26. Federal legislation has been proposed to raise the age to 46 but it has not passed.

Money saved in the special accounts must be used for living expenses or costs relating a disability, such as education, housing, transportation and medical costs not covered by insurance. But that definition is broad. It can be used to pay rent, buy groceries, pay for college, purchase a wheelchair-accessible van and take a vacation -- as long as it "helps maintain or improve the health, independence, or quality of life of the person living with a disability," state guidelines say.

Oregonians with disabilities can deposit up to $15,000 a year in such an account and accumulate up to $100,000 without affecting their benefits. They can deposit an extra $12,000 if they are employed and stay covered under Medicaid, although they may lose other benefits. Family members or friends can contribute too.

Tobi Burch Rates, executive director of the Autism Society of Oregon, was a member of the work group that developed Oregon's ABLE program. She had a personal stake in its development: She has two sons with autism and set up an account for her youngest son, who is 13 and nonverbal.

"Without the ABLE account, what we are asking people who experience disability to do is to stay in poverty or lose the supports and services that they need to survive," said Rates.

So far, however, the accounts are not widely used by Oregonians who qualify. Program officials estimate about 100,000 Oregonians qualify but only 1,243 Oregonians had accounts as of March, said Kaellen Hessel, communications coordinator for the program.

So far, she said, those account holders have saved over $5.1 million.

"It's a huge mental shift to go from thinking you couldn't save to being told that it will be OK - even good - if you do," Hessel said. "Many people are still skeptical of it, which is understandable. We're doing everything in our power to reach, educate and build trust with people who qualify ... We are here for the long haul."

The work group's goal was to allow people to disabilities to easily access their funds yet have safeguards in place to prevent users from being taken advantage of by others. They came up with the idea of a prepaid card that users can load with as little as $10 and as much as $15,000. The card can be used anywhere that accepts MasterCard.

Before the accounts became available, people with disabilities couldn't work much, if at all, or would be forced to unnecessarily spend money to stay under the asset limit, said Milwaukie resident Alisha Langford.

Langford witnessed this dilemma firsthand. She is a special needs planner with the Palladio Group and helps people with disabilities and their families make financial plans for living with a disability. She has seen families "spend down," she said, meaning that they "spend money on unnecessary things to try and keep money out of their kid's name" and under the asset limit.

Thanks to the new accounts, she said, they no longer have to do that or be terrified if their child receives money.  Relatives can also transfer money from 529 College Savings Plans into the accounts without penalty, as long as they follow the $15,000 yearly limit.

The program has lifted a weight from her own shoulders. Her daughter, Ashlynn Rutherford, 18, has cerebral palsy and opened her own account when the program started.

"Just because (Ashlynn) was born with a disability doesn't mean that she should have this predetermined life of poverty," Langford said.

The only other way around asset limits is to establish a special needs trust, Langford said. Those trusts, however, are far more complex. They require an attorney, can cost thousands of dollars to set up and make the money difficult to access, she said.

A new federal law enacted last year allows people with disabilities who are employed to save almost twice the original annual contribution limit — an additional amount equal to the poverty threshold for a one-person household. For 2017, that was $12,060 and it will increase each year along with the poverty threshold.

Oregon already had a program to help people retain Medicaid coverage even if they work. The state's Employed Persons with Disabilities Program, established in 1999, allows some people to "buy in" to Medicaid on a sliding scale of up to $150 a month. Currently, 2,089 Oregonians with disabilities use it, said Trevor Waskin, the Medicaid eligibility administrator for the Aging and People with Disabilities program.

That program also has an asset limit: $5,000 for "countable resources," which include bank accounts. But ABLE accounts don't count against that limit.

Remaining eligible for Medicaid is a high priority for many people with disabilities. Those who hold good-paying jobs can't simply count on health coverage from their employer, Rates said. That's because many people with disabilities need lots of expensive health care and medical equipment, and copays required by many private health insurance policies can put that care and equipment out of reach, she said.

There is also the uncertainty over the future of the Affordable Care Act. If it were to be repealed, private health care providers could deny coverage to a person with a disability for having a preexisting condition, Rates said.

After years of advocating for people with disabilities, Lowe was able to land a job with the Oregon Department of Human Services' Aging and People with Disabilities office in October 2016, where he oversees advisory councils across the state that help others with disabilities. Thanks to his ABLE Savings Account, he is able to save without worrying about losing his benefits.

Lowe is using his account to save for a house, he said, and he is getting married in August.

Rutherford, the teen with cerebral palsy, will use her account to deposit earnings from a job. She hopes to work in a preschool, as she loves working with children.

While Rates' son is years away from determining a career path or collecting benefits, Rates is relieved that her family can start saving money in his name without jeopardizing his benefits and that in the future, he'll be able to save money for himself.

"From a parent's point of view, the idea that after I'm dead and gone, that my son would not have money in his own name for emergencies or even to cover basic living expenses is terrifying," said Rates. The choice between accumulating no more than $2,000 or losing benefits is a "ridiculous choice" to put someone in, she said. Knowing that her son can now save calms her fears that he'll be in poverty.

"It gives some self-determination to anyone who experiences a disability," she said. "It gives them the opportunity to live a fuller life."