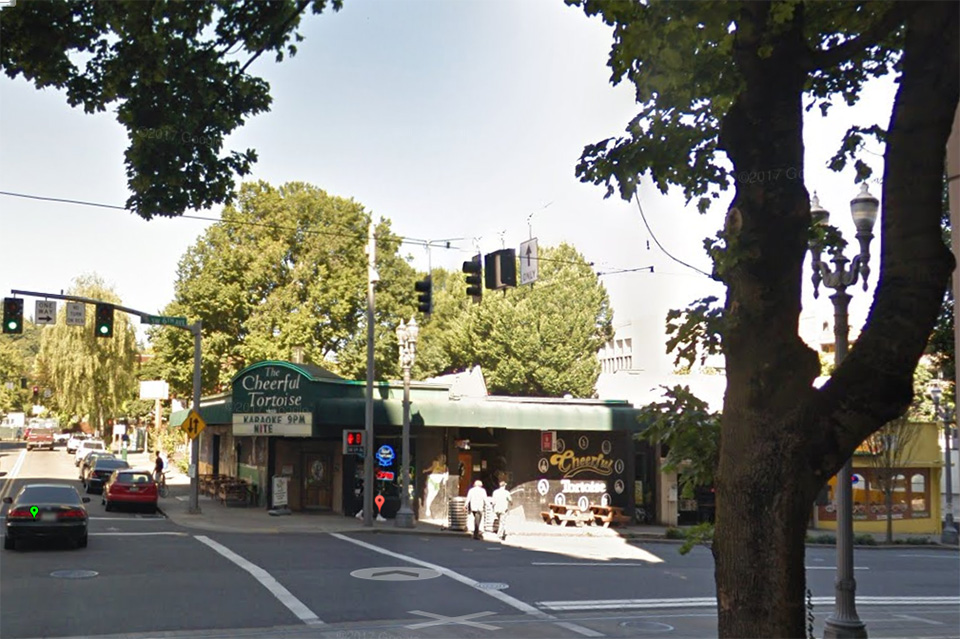 Portland State University police shot and killed a man while responding to bar fight near campus, and a witness said the victim had been trying to stop the melee early Friday.
Video sent by a bystander to KOIN-TV shows men fighting outside the Cheerful Tortoise, a sports bar and karaoke joint. During the scuffle, someone yelled there's a gun. Then shots were fired.
The video shows a shorts-wearing man with a gun at his hip get knocked to the ground. The shots rang out when he got back up.
Witness Keyaira Smith told KGW-TV the man who died was trying to de-escalate the fight. While doing so, a gun holstered on his hip fell out, Smith said. He went to pick it up and was shot, Smith added.
Though Portland State University officers were involved in the shooting, city police are handling the investigation.
Portland Sgt. Chris Burley confirmed that university officers fired while responding to a disturbance outside the bar. The agency has not provided details about how the shooting unfolded.
Homicide detectives were interviewing witnesses and reviewing cellphone and surveillance video, Burley said.
The names of the officer and the man killed have not been released.
The Portland State University Board of Trustees — over the objection of student protesters — voted in 2015 to have campus officers carry firearms.
That's not unusual in the United States. A Justice Department survey released a few years ago showed two-thirds of public and private campuses used armed officers during 2011 to 2012. The survey included 900 four-year colleges with at least 2,500 students.