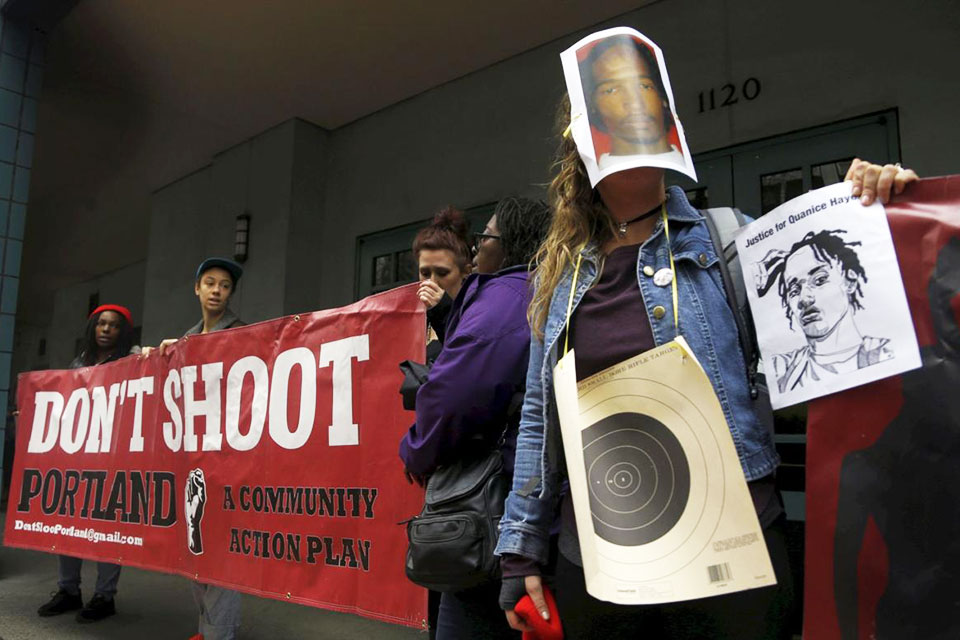 The family of 17-year-old Quanice Hayes, who was shot and killed by Portland police in February 2017, has filed a lawsuit against the City of Portland and Andrew Hearst, the officer who fired the shots that killed the teenager.

The suit is not unexpected: on the anniversary of Hayes’ death the family, with civil rights attorney Jesse Merithew, announced their intention in February to bring a suit against the city.

The complaint argues that on the morning of Hayes’ death, officers shouted conflicting commands. It also notes that while Hayes was carrying a replica handgun at the time of his death, there is no evidence that he drew or reached for it during his interaction with officers.

“When the officers came upon Quanice, different police officers shouted contradictory commands at him,” the suit says.

The complaint also notes that Hearst was involved in the 2013 shooting of Merle Hatch, but was not disciplined by the police bureau. (In March, a Multnomah County grand jury declined to indict Hearst in connection with Hayes’ death.) The suit mentions the Department of Justice’s 2012 settlement with the city, which found the Portland Police Bureau had a pattern and practice of excessive force against people experiencing mental health crisis. It also notes the city has a pattern and practice of over-policing African Americans:

The complaint argues Hayes’ death is at the intersection of those two patterns, noting Hayes’ erratic behavior on the final morning of his life suggested he was experiencing a mental health crisis, which officers should have sought to de-escalate.

An article published on the website Longreads.com in February paints a detailed picture of Hayes’ life through his final weeks and suggests he struggled with substance abuse and may have been intoxicated at the time of his death.

The lawsuit, which seeks unspecified damages from the city and Hearst, was filed with funds from a crowdfunding effort that is still ongoing. Those wishing to assist can visit www.crowdjustice.com.